No deal: Why Russia won't develop an ‘Indian’ Su-57 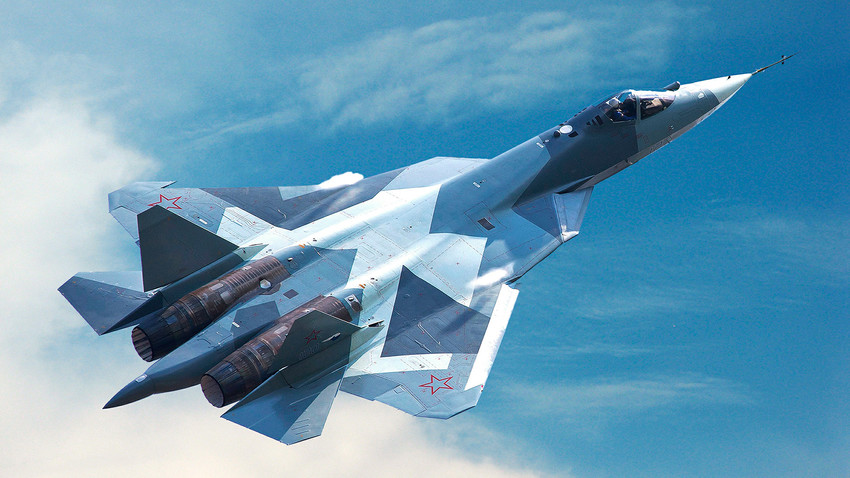 Global Look Press
Russia has refused to reveal the production secrets of fifth-generation jet fighters ‘for free’; India, for its part, has decided that a deal is not appropriate for an aircraft ‘that is not up to being called the fighter plane of the new millennium’.

At the end of April India pulled out of a joint program with Russia to develop the advanced multirole Fifth Generation Fighter Aircraft (FGFA) based on the Su-57. India explained its move by saying that the Russian design doesn't meet the stated requirements, while the plane’s Russian-designed combat avionics, radars, and sensors are not up to fifth generation standards.

At the same time, India says that it is prepared to consider revising its plans in the future and even to purchase serially-produced aircraft from Russia if they come out on top in a tender.

So why has India refused to finance the development of the project to design a fifth-generation jet fighter for its Air Force?

The joint project with India was problematic from the very beginning and, according to experts, the refusal to develop the "Indian" Su-57 has nothing to do with the aircraft's failure to meet the requirements of the new era.

Initially, in 2007, the sides signed a contract under which the Indian side invested to the tune of $300m in the development of the design and technical blueprint for the future aircraft. At the same time, the subsequent cost of research, first prototypes, and development of a full production cycle totaled $6bn, which Russia paid for out of its own budget.

"That is where the disagreements started. Launching production of Su-57 fighters in India meant passing all the technology of the new jet fighters to Delhi. The Indians decided that, since they had invested $300m in a project with a total cost of $6bn, Russia would immediately pass on all its research. But since there was no such clause in the contract, Moscow refused to reveal all the information to the investors," Pavel Bulat, director of the Mechanics and Energy Systems international laboratory at the University of Information Technologies, Mechanics Optics, told Russia Beyond.

At the same time, following the maiden flight of an experimental prototype in 2010, India said it was ready to purchase 214 FGFAs (the Indian version of the Su-57) but only if they were produced exclusively on Indian territory.

According to Bulat, Russia is prepared to pass on all the technology and reveal the production secrets of the Su-57 jet fighter to India for no less than $5bn. The Indians, in turn, say that for this money they can independently develop a fighter from scratch themselves.

"India believes that this would lead to it fully covering the cost of developing the Su-57. Yes, it is true. But the logic of the Sukhoi company is the following: "You don't want to pay $5bn for the technology and production of the world's best jet fighters on your territory? Then develop such an aircraft yourselves. It is that simple," Bulat explained.

The Indians will be able to buy the first serially-produced prototypes from Russia in a year or two when the Sukhoi company develops a full production cycle.

At the same the arms manufacturers are not hiding the fact that the aircraft still needs a lot of work. Still, in early December they achieved a breakthrough and got the first Su-57 with a new engine into the air.

What benefits does the new ‘heart’ bring?

After tests, the new engine will allow the Su-57 to accelerate to supersonic speed in dry thrust and maintain this speed for the entire flight.

"It will be traveling at Mach 1.6, which means around 2,600 km/h depending on the nature of the locations being overflown. The engine will also significantly improve the Su-57's low signature thanks to the use of new composite materials," Professor Vadim Kozyulin of the Academy of Military Sciences told Russia Beyond.

He said the designers will be able to fully integrate the engine and work out all the details by about 2020. In addition, the Sukhoi company still has to finish developing the airborne radar and also sort out the remaining intricacies involved in the design of the airframe, which, according to the expert, is the most up-to-date among all existing fifth-generation planes.