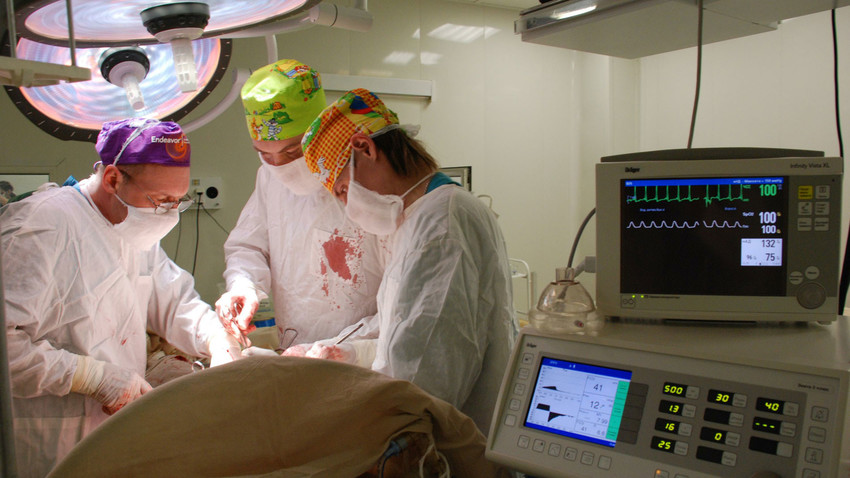 Alexander Legky/Global Look Press
The man can now eat and speak normally, offering hope to thousands of other sufferers.

Doctors from Moscow’s Oncology Research Institute have completed a unique operation, after replacing a patient’s cancerous larynx with part of his intestine - the Izvestia newspaper reports.

The Bauhin's valve separates the small intestine and large intestine and prevents digested food traveling the wrong way. The transplanted valve will now act as the patient’s vocal chords, allowing him to speak.

"We not only have to remove the larynx but also the pharynx in some cancer cases. These men can neither eat normally nor speak - they are fully disabled," head of the microsurgery department Andrei Polyakov, said. "We have taken part of the large and small intestine and a valve. From the large we've restored his pharynx and esophagus, while we've stitched the small intestine to his trachea."

As the institute reports, the first patient to go under the knife is now fine, and can both eat and speak.

About 8,000 cancer patients need larynx transplantations each year in Russia. surgeons used artificial prosthesis but they have to be changed two or three times per year, which costs 20,000 ($320).