Science & Tech
Nikolay Litovkin
Even the frozen reaches of Russia’s Far North are no match for the country’s special forces, who practice saving people held captive in a nuclear icebreaker or burrowed deep in snowy mountains. They also hone their skills taking out ‘terrorists’ in the cold conditions. Franz Josef Land is where Russia’s hardcore troops are put to the test.

In late April, Russian Spec Ops units began counter-terrorist drills in the Arctic. The toughest soldiers were chosen from groups training at the Russian University for Special Operations in Chechnya.

These units have proved themselves as a force to be reckoned with in a south of the country, and have battled terrorists on many occasions. They have been forced to answer the question: “Will these men be as effective in the freezing conditions of the

The drills go like this: The terrorists seize hostages and a strategic object belonging to the Russian Fleet.

The National Guard forms a task force that must neutralize thest group and free the hostages and the vessel.

The team had to conduct a number of operations, including storming a seized ship and saving hostages on board. Soldiers also had to eliminate terrorist groups hiding deep in mountains and caves. 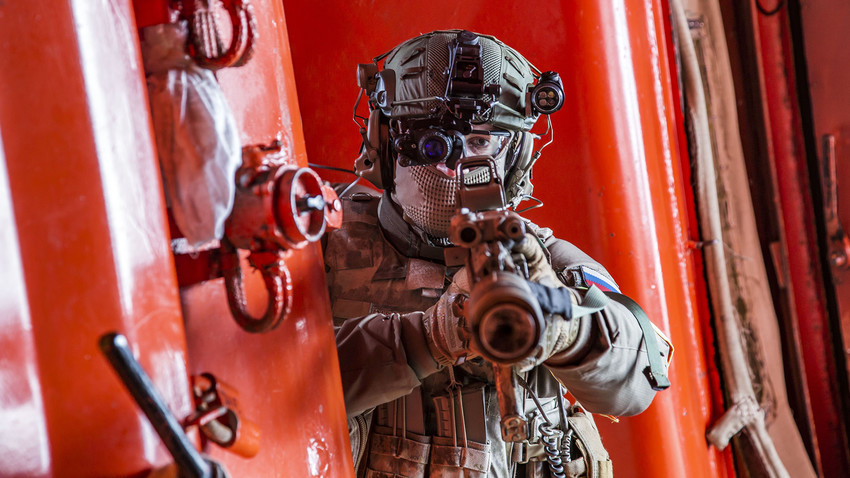 Members of the Nauard of Russia task force together with instructors from the Russian Special niversity, during field operations at the Franz Josef Land Archipelago 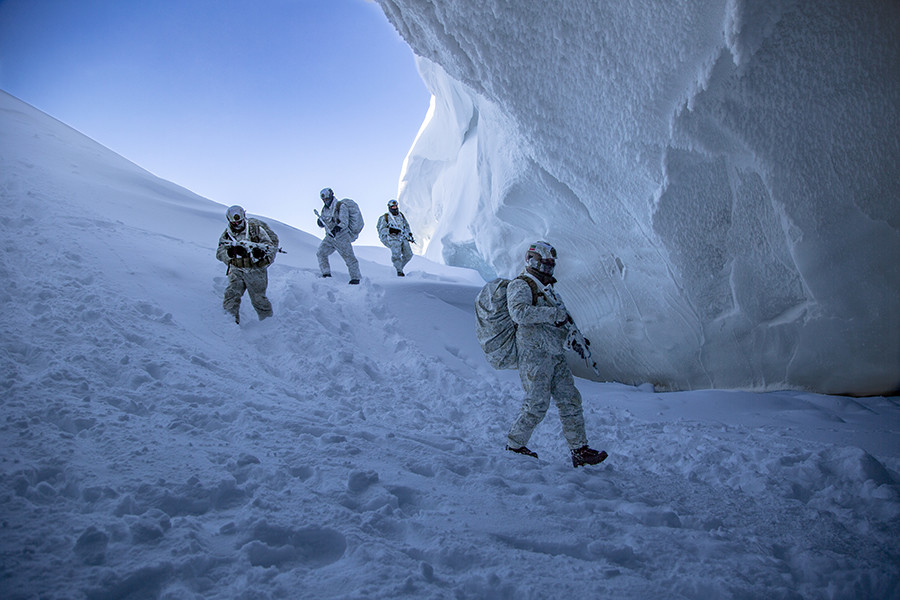 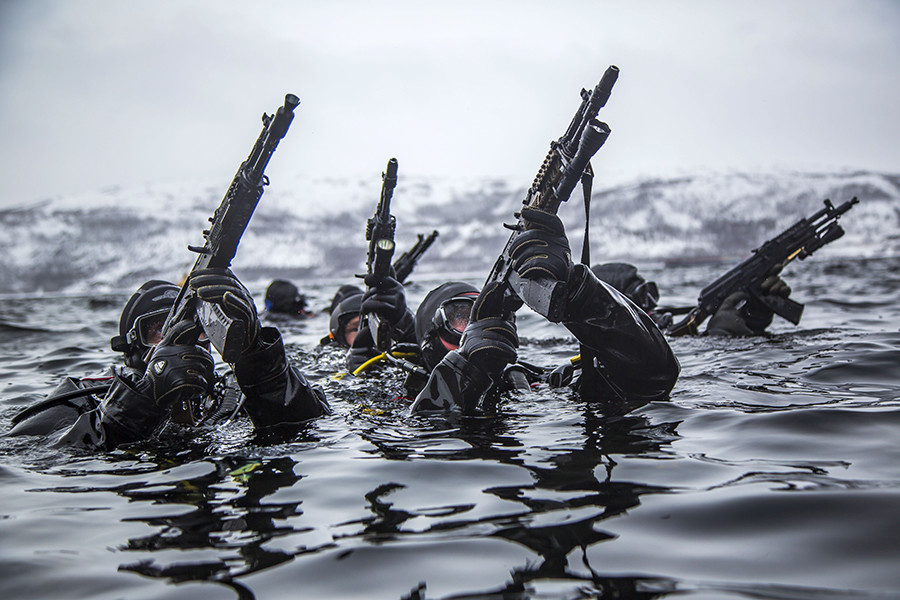 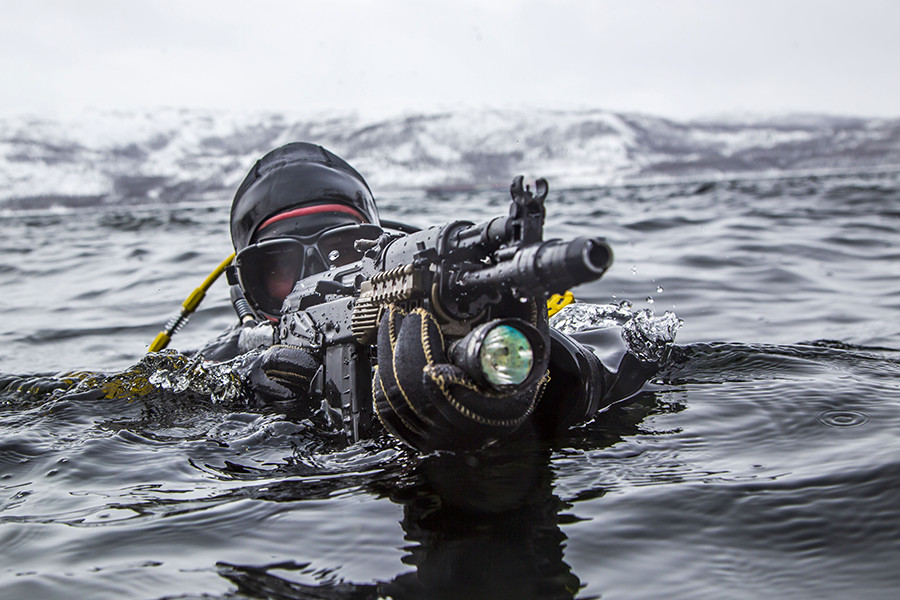 of the Russian Special Forces University storm the vessel 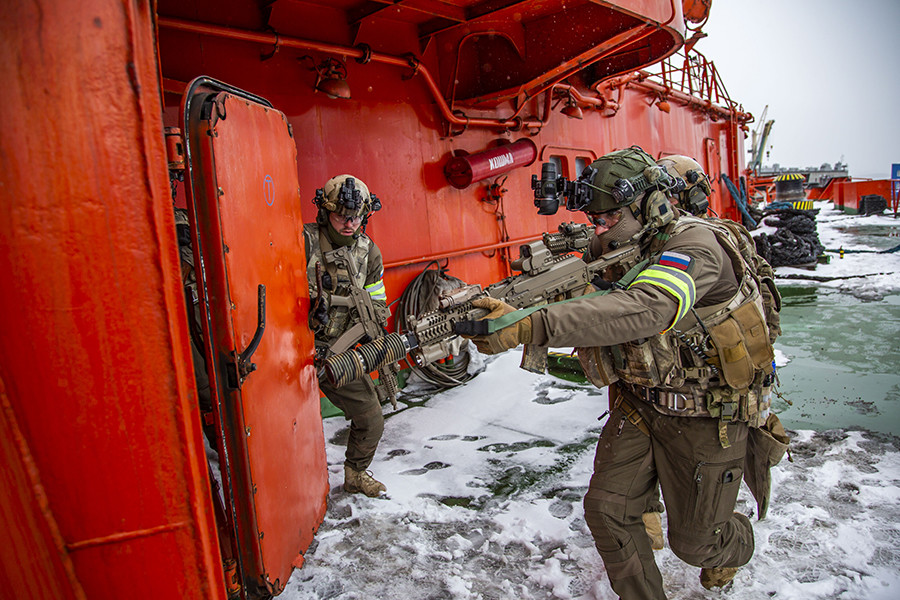 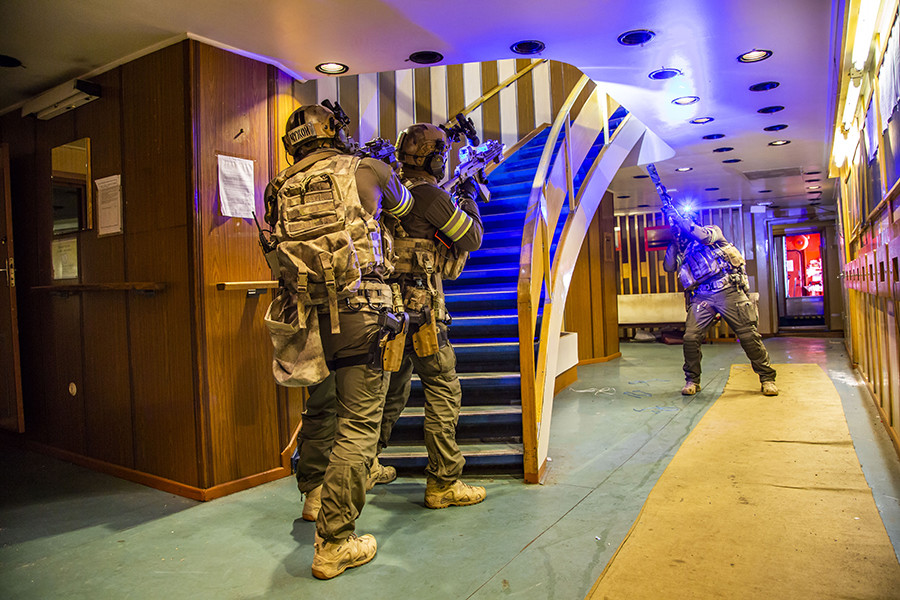 unit in the premises of the nuclear icebreaker. Members of the National Guard of Russia during special tactical drills 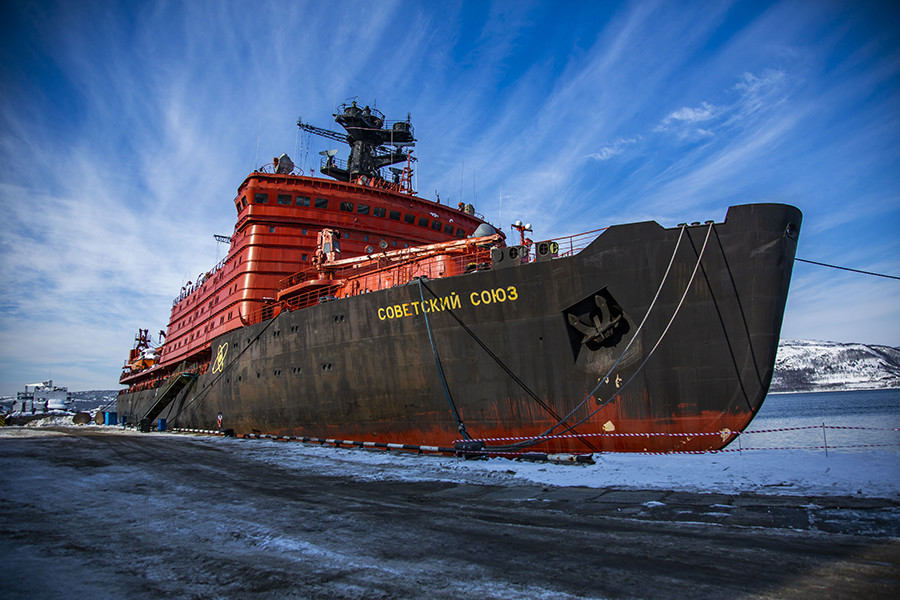 “Sovetsky Soyuz” (USSR)  nuclear icebreaker introduced to the fleet in 1989. 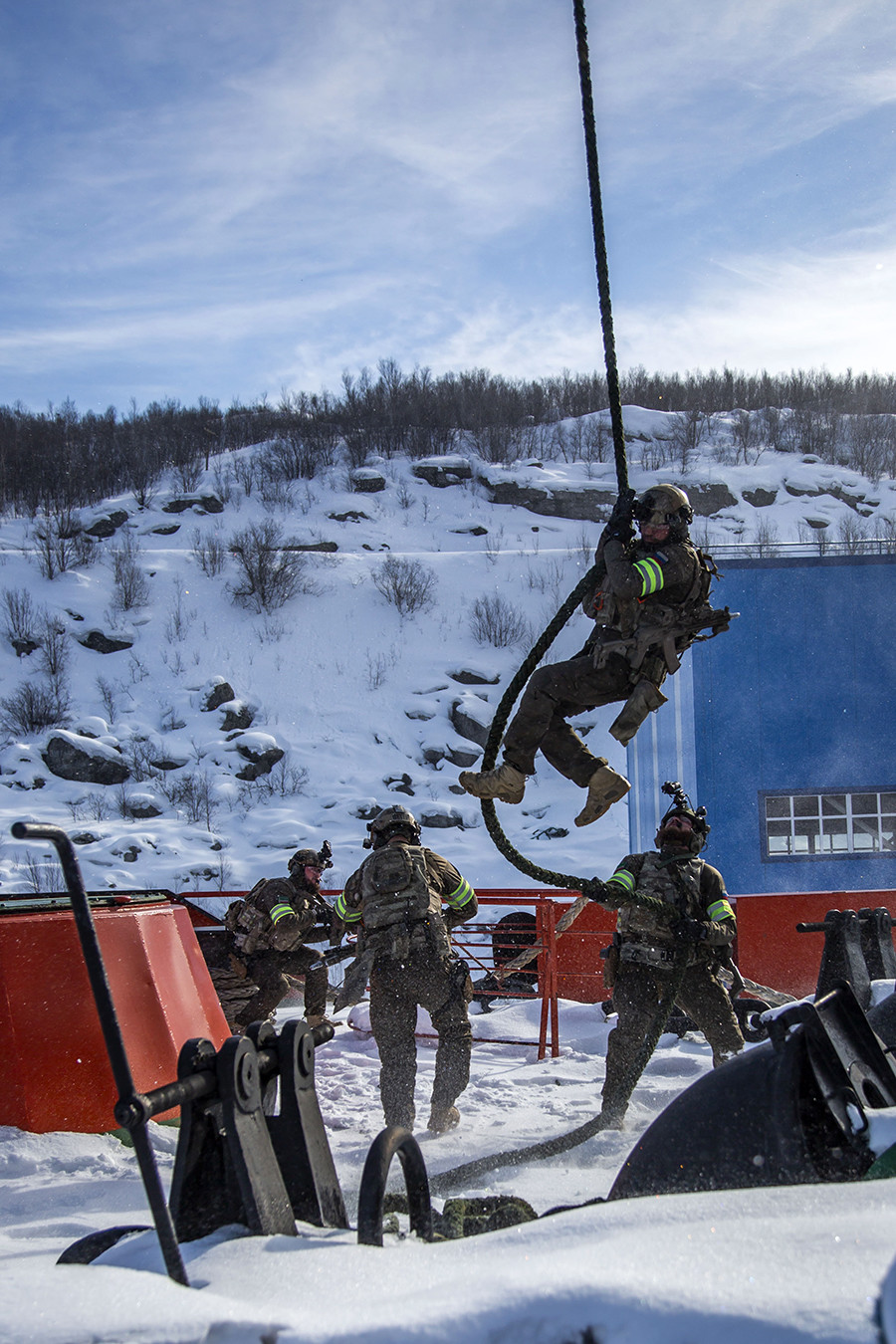 board the nuclear icebreaker 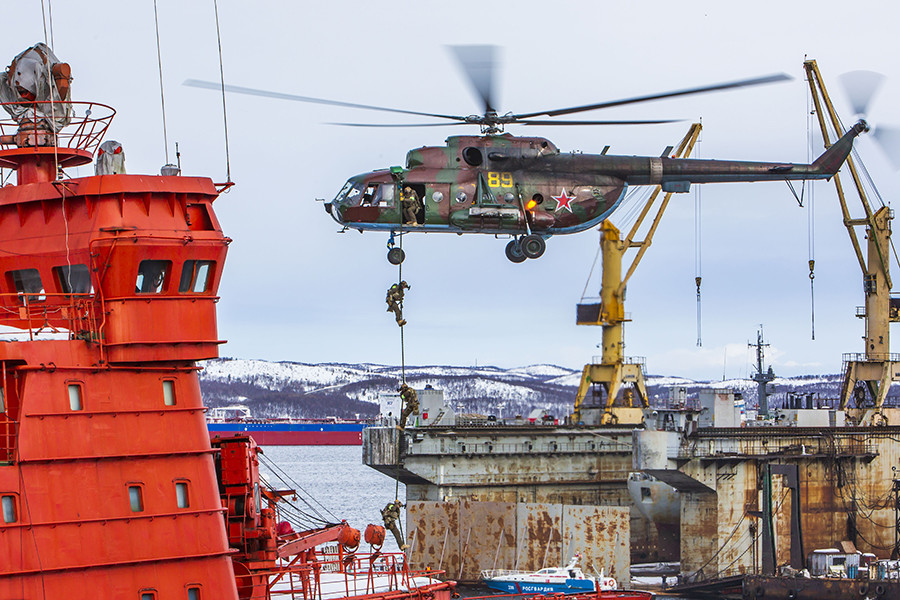 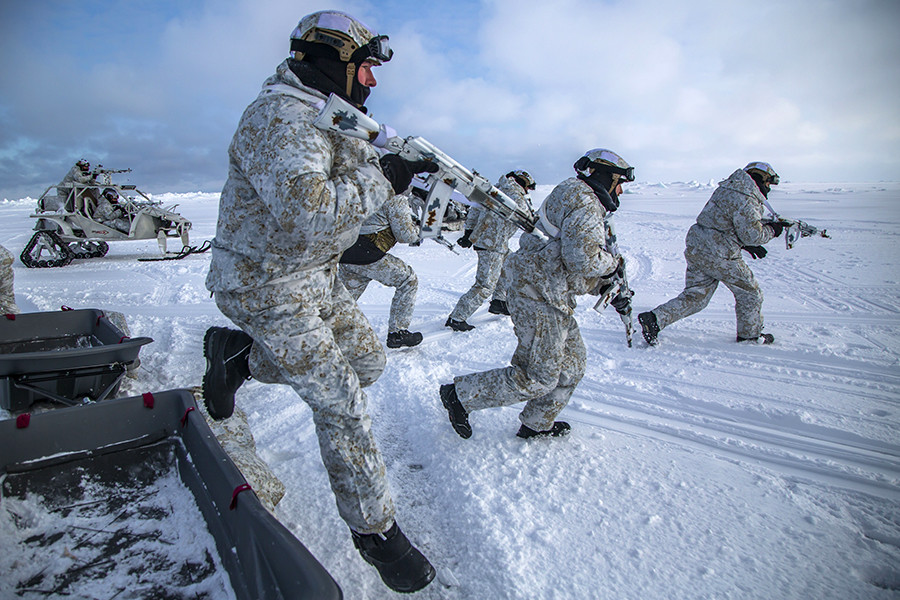 tactical exercises in the mountains, teams used various modified vehicles. Including the "northern" version of Chaborz M-3 buggies, which are used by the Chechnya task force. 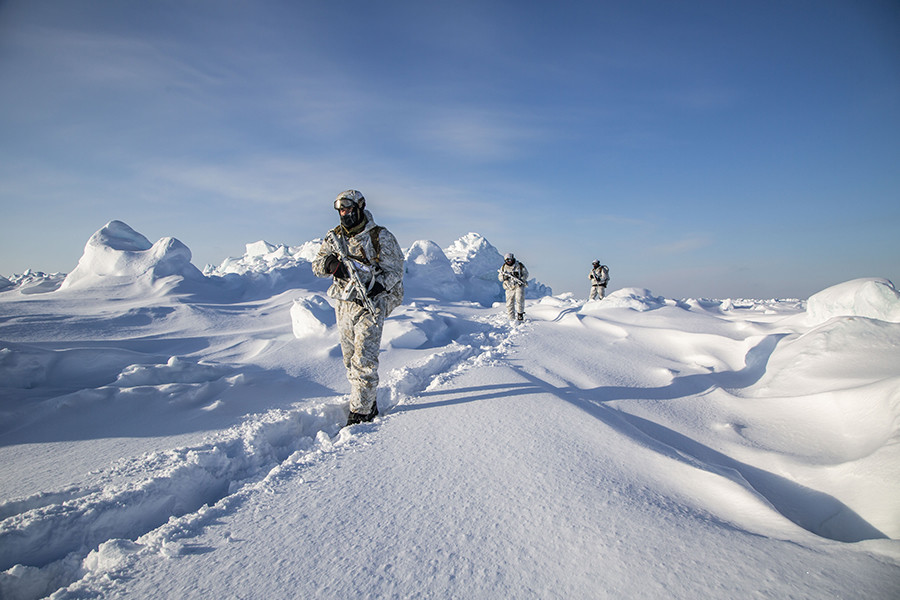