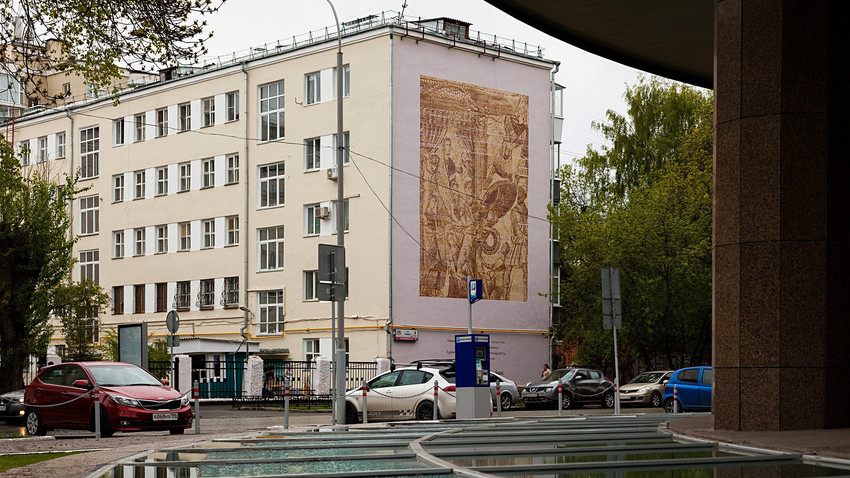 A spray can-wielding robot recreated an 4th century mural on the side of an apartment building in Yekaterinburg, Russia. The crazy idea was a part of “Stenograffia” street-art festival in Yekaterinburg.

An artificial intelligence engine was specially programmed by a team from Yandex (Russia’s premiere IT corporation) to recreate the missing parts of the mosaic found in Roman Villa La Olmeda in Palencia, Spain, famous for its rich interior designs. 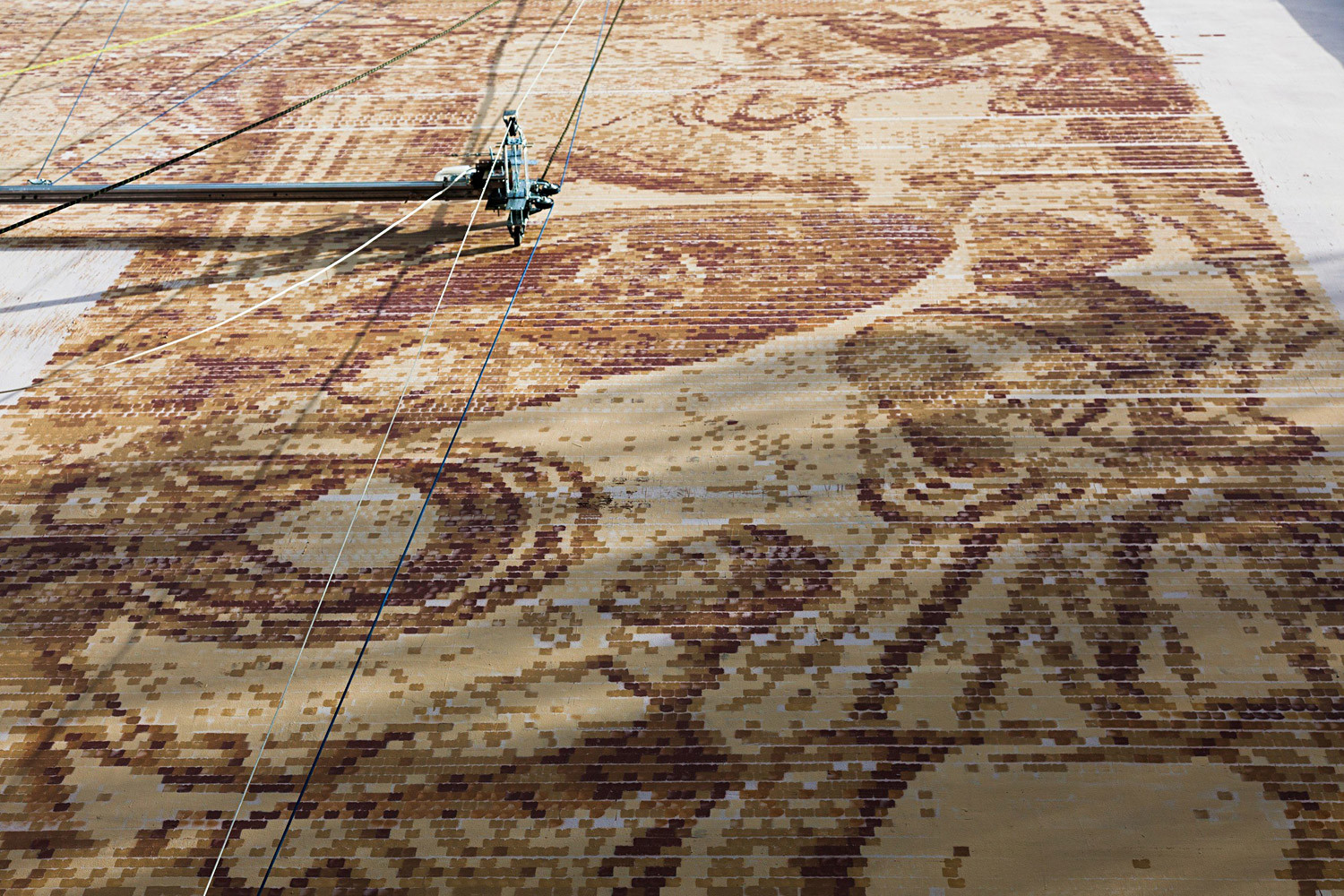 “We wanted it all to be real-life - if we create a graffiti, then our robot must work as a street artist,” says Anna Klyots, the project’s coordinator. “So we ditched the usual acrylic paint in favor of spray cans used in classical street art…” 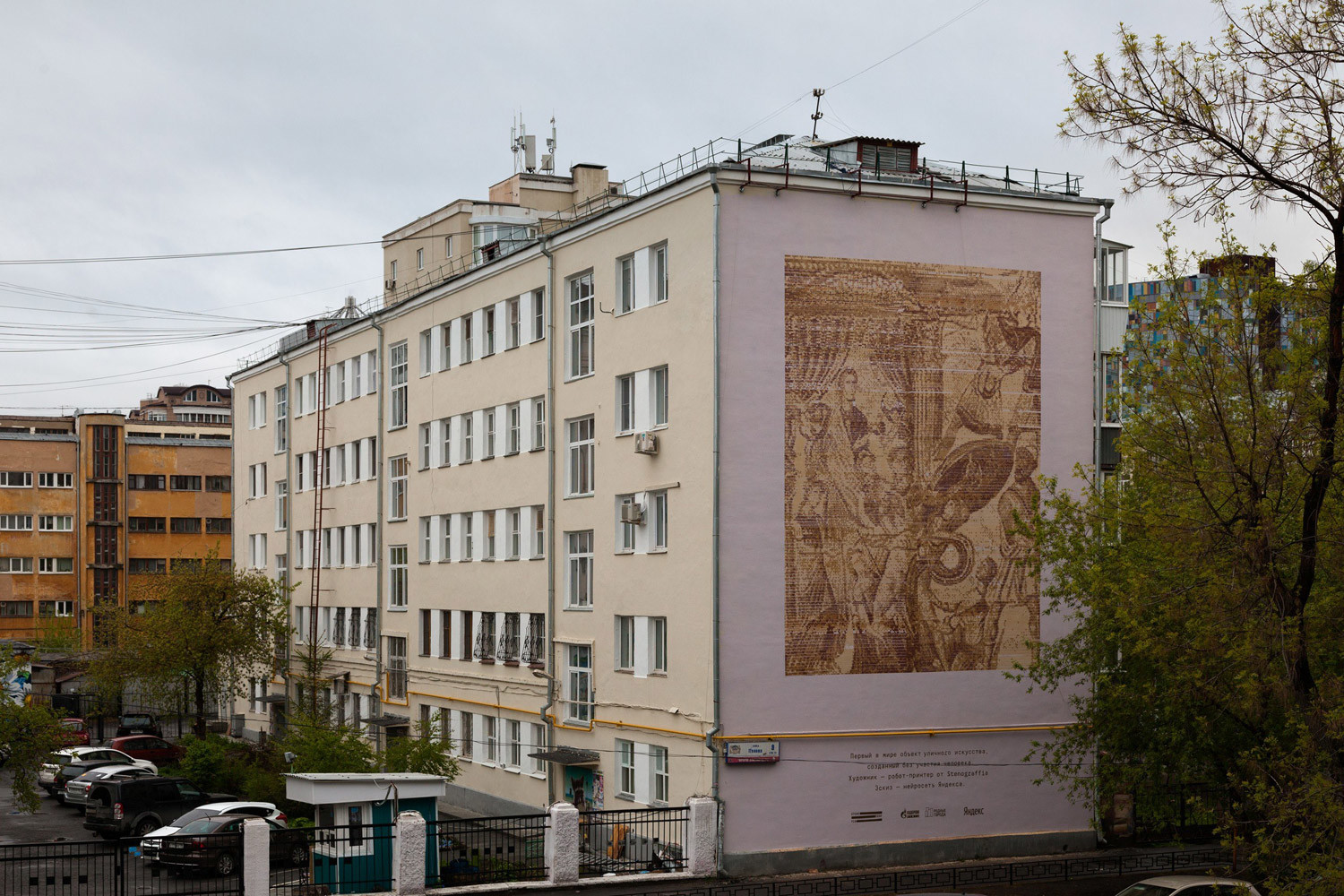 “The robot was fully automatized and wasn’t remotely controlled. The only human role is changing spray cans every 15-20 minutes,” Klyots said. “He behaved like a real artist too - breaking deadlines, being moody and sometimes forgetting about work altogether. The last pixels were sprayed two hours before our Yandex conference started - he made us all very nervous at the end.” 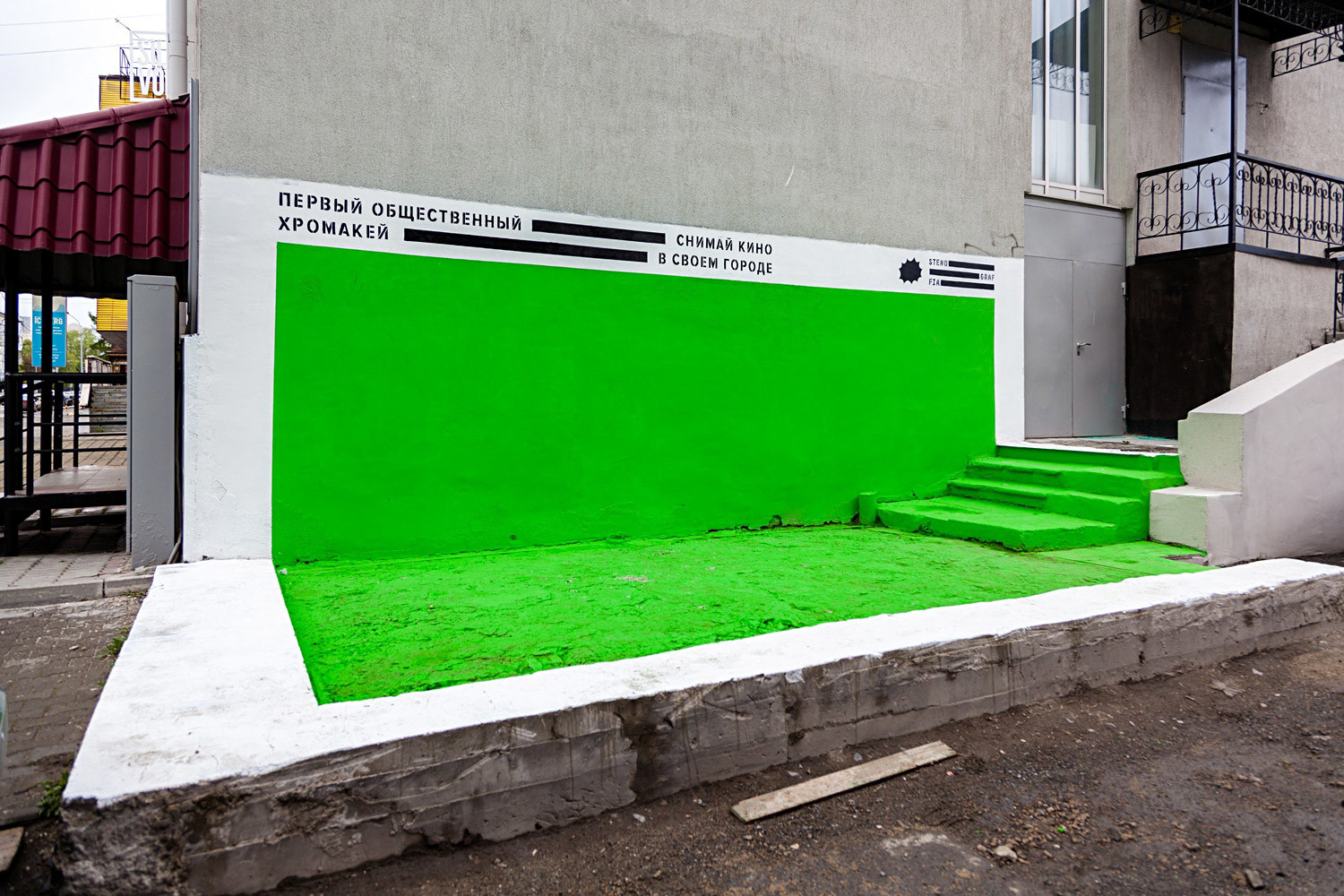 The AI robot wasn’t the only cool thing about the street-art festival - there were other curiosities, such as a public green-screen corner that reads “First public chromakey. Make movies in your hometown!” 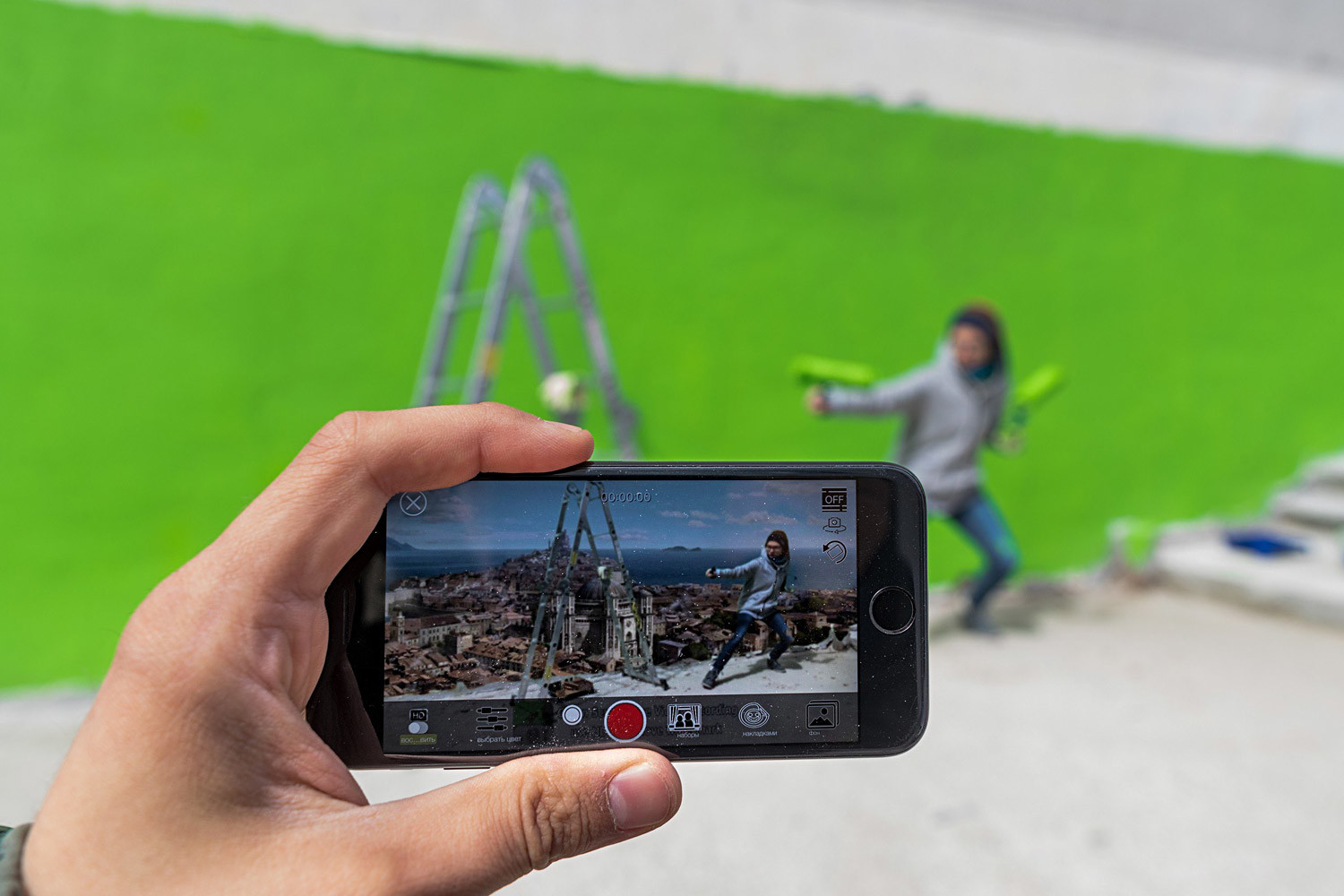