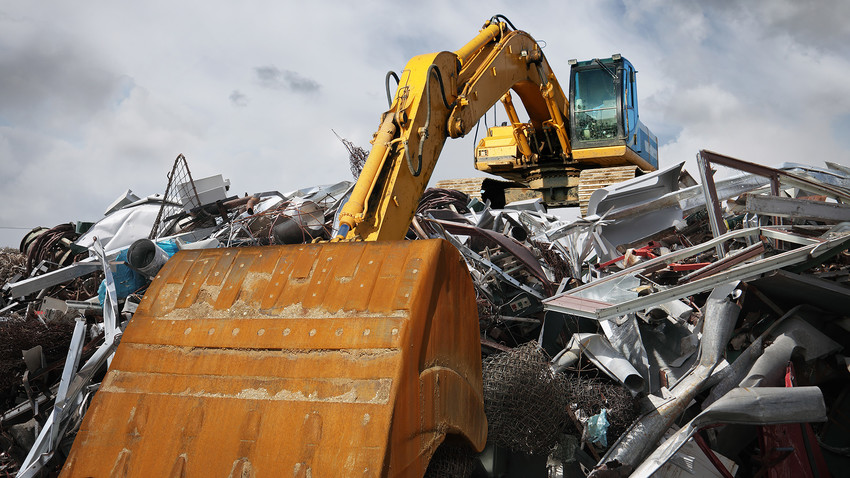 Metals also seep into the soil through the burning of fossil fuels, sewage and exhaust fumes.

Getty Images
Organic vegetable waste can fight soil contamination thanks to a new method that neutralizes heavy metals and which helps the soil heal itself.

Heavy metals, such as iron, zinc, nickel and mercury, are frequently found in the soil, which endangers the health of plants and animals.

Scientists from Skoltech’s Center for Computational and Data-Intensive Science and Engineering (CDISE) in Moscow, and the Czech University of Life Sciences in Prague, have a new technology that can clean soil that has been contaminated by toxic waste.

Humans have altered the natural cycles of some heavy metals, and it's not just pollution from industrial activity. Metals also seep into the soil through the burning of fossil fuels, sewage and exhaust fumes. If their particles become airborne they can stay in the atmosphere and spread the problem across large areas.

A new cleaning agent made from vegetable waste can significantly neutralize heavy metals, helping the soil biome to repair itself and create a healthier environment for organisms in the soil. Scientists also determined the concentration of the agent needed to “heal the soil.”

“The search for the most effective remediation agents is a hot-button issue throughout the world due to the continuous expansion of areas contaminated by heavy metals,” Skoltech said in a statement.

According to researchers, one of the safest and most affordable remediation technologies is applying natural carbon-containing substances that absorb heavy metals, helping the soil microbial community to recover.

Scientists studied three types of inexpensive and widely available substances such as biochar, or specifically treated coal, which is a substance that forms as a result of protein decomposition and ash.

In the course of the experiments spanning a 60-day period, the researchers looked at how different quantities of these substances influenced the chemical, biological and toxicological characteristics of soil contaminated by heavy metals.

As a result, they selected an agent obtained from vegetable waste that is capable of neutralizing the toxic effect of heavy metals and improving the soil's ecosystem.

“In our opinion, humic substances hold the biggest promise, as their high positive effect on the soil is confirmed by the entire range of indicators under study. The research in this direction will be continued,” said Maria Pukalchik, researcher at Skoltech.
The results of the study were published in the journal Chemosphere.