The science of the World Cup: What Russian researchers did for the competition 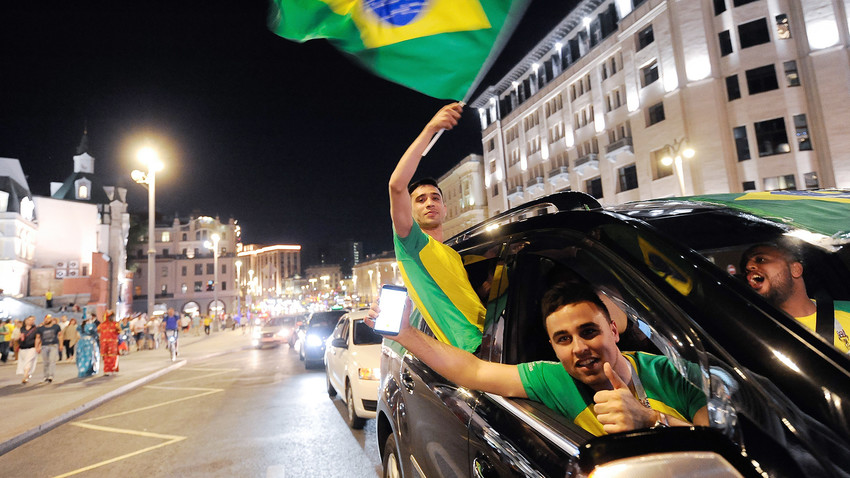 The World Cup is a big thing for Russia: everyone from excited kids to old grandmas are staring in astonishment at the bright and noisy crowds of fans from around the world, and they feel they’re a part of it. Top Russian universities and their graduates also got involved in the action. Here are just a few things that participants of Project 5-100 (the Academic Excellence Project) created to benefit the championship.

ITMO modeled a fan fight predictor and a travel solution
To prevent street conflicts, ITMO University modeled a system forecasting the probability of football fan fights during games by tracking fan posts on social media and images from CCTV. The researchers also designed a VR simulator to help manage streams of people.
To forecast the future streams of fans and their routes to and between cities, the university also created a solution helping to adapt public transportation to the fans’ plans. The system allows working out a route, paying for the trip using a smartphone, detecting fare jumpers, and analyzing the city's passenger traffic. 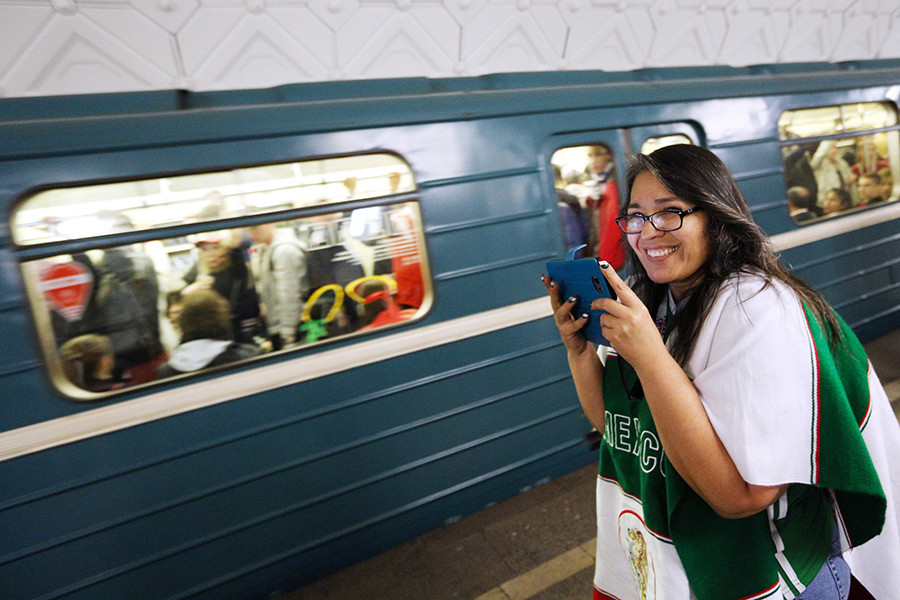 The solution connects all devices through cloud technologies. Thus, passengers can pay for a trip by dialing a number. The project was implemented at the request of the 2018 FIFA World Cup Transport Directorate.

The World Cup mascot, 'Zabivaka,' is a wolf whose name translates as 'Goalscorer,' and it was designed by Ekaterina Bocharova, a graduate student at the Graphic Design Department of Tomsk State University. 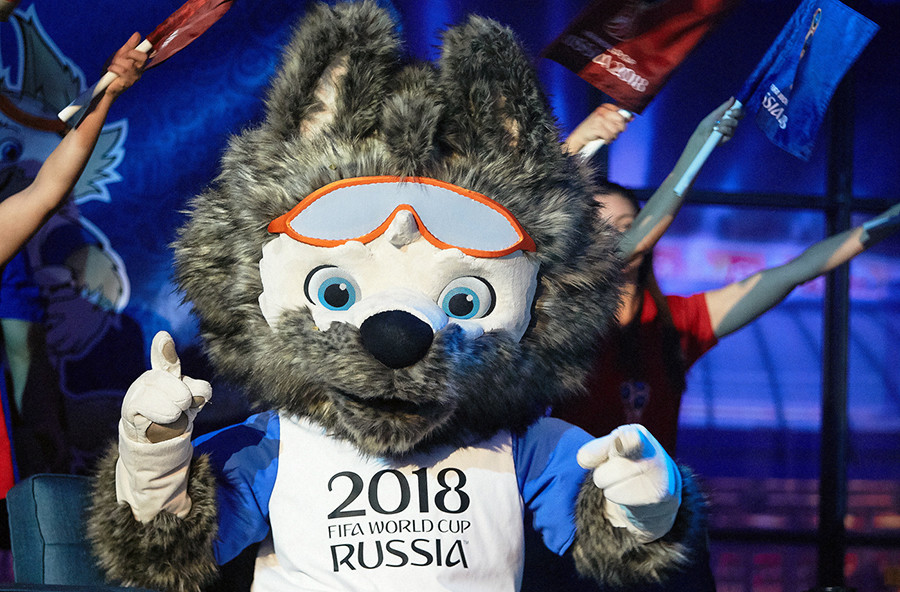 “The wolf is young, sporty and resolute. He has a large family in which he is the youngest one,” noted Ekaterina, adding that Zabivaka had to work hard, but he is an optimist.

“This is the only mood you can have when you are trying to win the championship.” The wolf was selected by Russians in an open vote.

Ural Federal University created a manual for football fans
This manual describes the classification of fans, their features, and current stereotypes related to them, as well as differences between Russian and foreign fans. 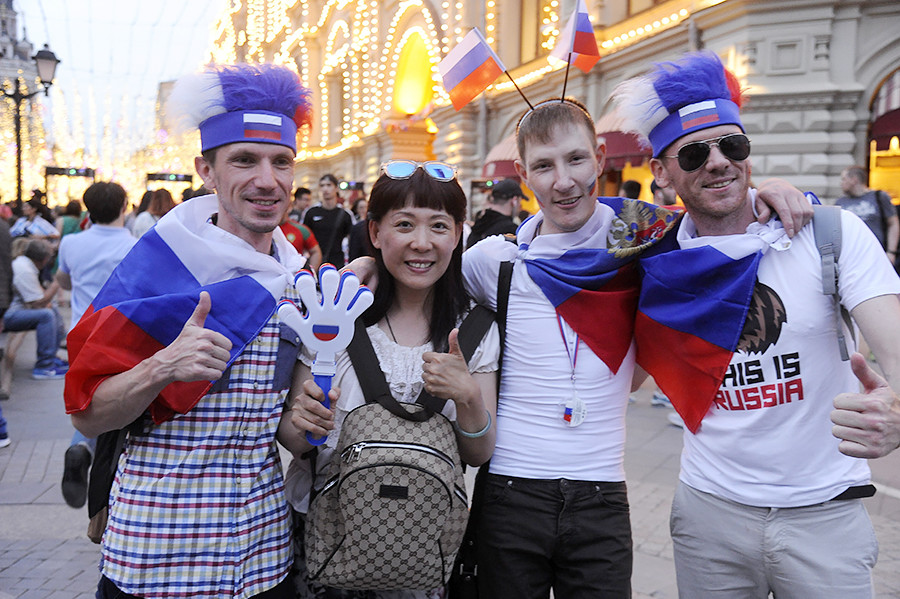 Immanuel Kant Baltic Federal University created a space monitoring service
Many stadiums for the World Cup had to be built from scratch. For the construction of the stadium in Kaliningrad, a Russian exclave, Immanuel Kant Baltic Federal University created a new service, Space Monitoring of 2018 FIFA World Cup Stadium Construction. The aim of the system is to provide visual analysis based on a set of space images. 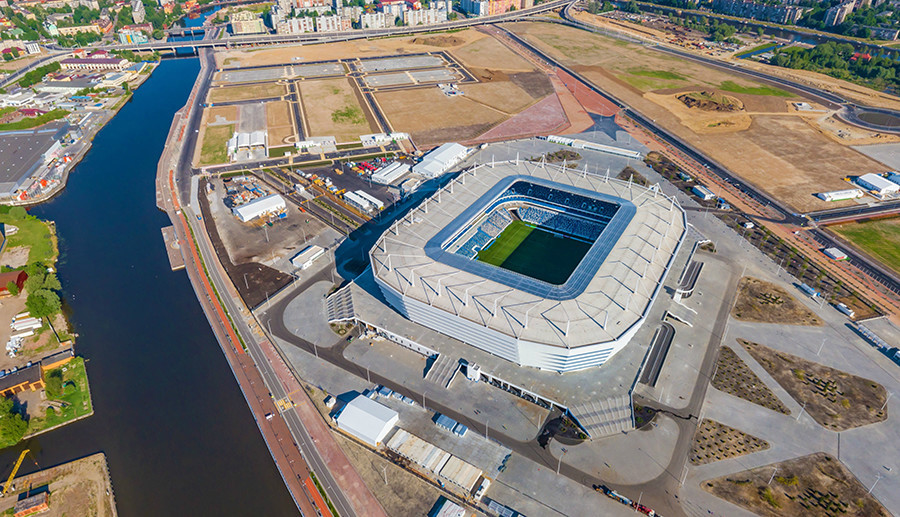 The Higher School of Economics designed the FIFA poster

Igor Gurovich, Associate Professor at the HSE Art and Design School, created the World Cup’s official poster that features Lev Yashin, a symbol of Russian football, who remains the only goalkeeper in history to win the Ballon d’Or. 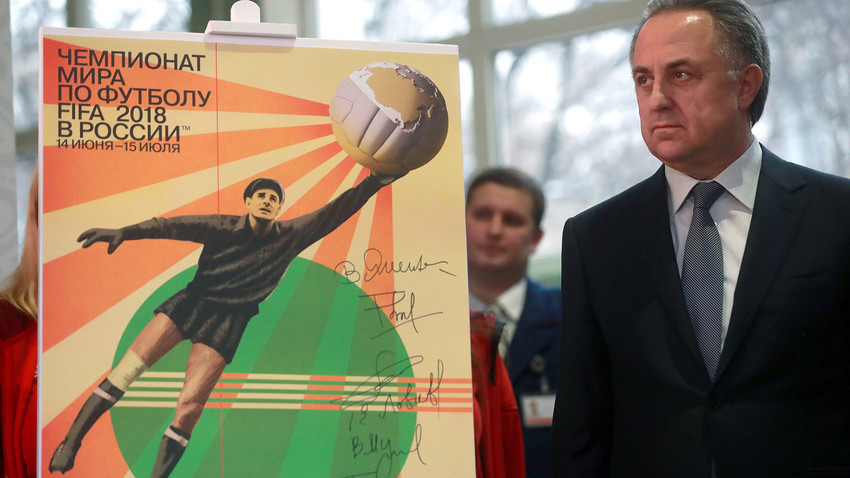 In the poster, he is wearing his traditional outfit and reaching for the ball, one half of which is typical for Soviet times; the other half depicts the vast landmass of Russia as seen from outer space. The rays of light emitted by the ball symbolize the tournament’s energy, while the circle of green represents the fields of 12 stadiums in 11 host cities.

“The style of Soviet post-Constructivist posters, their unique visual language that was a new, fresh poetry of figurative images became one of the most important and revered elements of Russian culture,” said Gurovich. “I really wanted to make this language modern and relevant once again.”