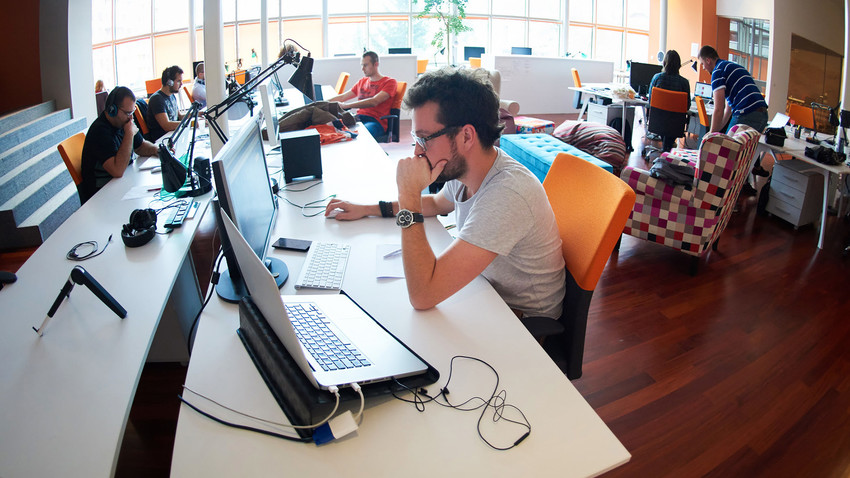 Legion Media
Over the past several years, Russia has produced a number of ambitious tech startups with an eye on international markets. Education has a lot to do with fostering this enterprising culture, according to the latest research.

A strong tech culture has always existed in Russia, but the country’s geeks rarely became entrepreneurs. They preferred to sell their brains and ideas to major local companies or go abroad, especially Silicon Valley in the U.S., as well as China. But something changed recently.

The past half decade has seen a number of fast-growing Russian startups. Where are their founders coming from? According to GoTech Innovation, an agency organizing startup contests in Eastern Europe, Russia’s tech entrepreneurs predominantly come from five major universities.

To find out what institutions are producing the largest number of tech entrepreneurs, GoTech Innovation analyzed data of contest participants over the last three years. Only in 2017 did 715 different startups from 120 Russian cities participate in the competition.

According to GoTech, St. Petersburg’s ITMO is the ranking’s leader: 5.5 percent of all founders studied there. Although Siberia and other Russian regions are known for the quality of their STEM programs, this year’s top ten only consists of universities in Moscow and St. Petersburg. Ural Federal University came in 11th place.

"Every year the number of startups is growing, where the founders have a foreign specialized or business education in addition to their first degree,” she said. “There are already 5.5 percent this year.”

Over 200 different universities in Russia and abroad were mentioned by Russian startup founders, according to GoTech Innovation.

According to Pavel Belov, GoTech co-founder, in recent years, thanks to the efforts of Russia’s top universities, as well as the development of accelerators, business incubators and other institutions, tech entrepreneurship is a rising trend.

“Startup founders in Russia are the new rock stars,” said Belov. “In the past, the best graduates have looked for a highly paid job or taken up scientific research, but now they see another opportunity: to create their own company and bring it to the global market.”

Here is a ranking of tech startup founders - participants of GoTech contests - according to the university they graduated.

*The figure shows the proportion of university alumni from among the total number of executives of startups participating in GoTech 2017.