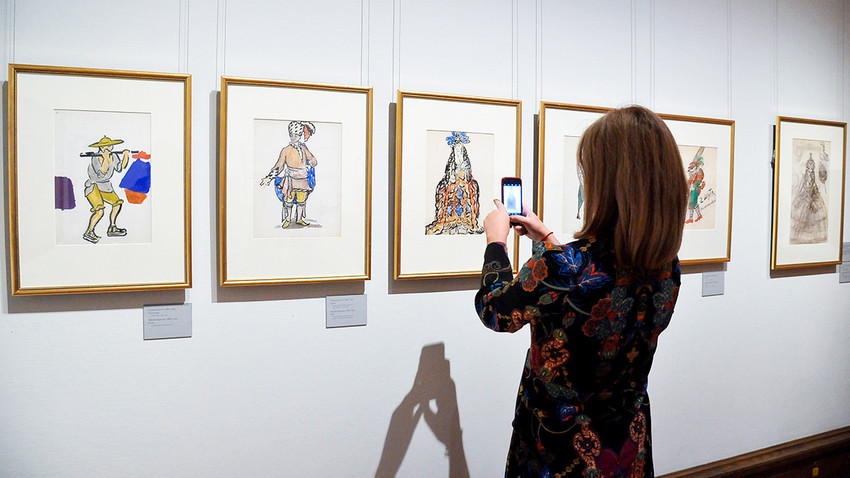 The Tretyakov Gallery is developing a blockchain-powered app, which will allow individuals and companies to donate money to the museum

Thanks to blockchain, information about an art work and its provenance can now be secure and transparent. Museums, auction houses, private galleries, and collectors are exploring how to utilize this new technology, but the early adopters were the artists themselves.

In 2017, at the CryptoArt contemporary exhibition, Svetlana Smirnova presented her paintings with an open digital certificate issued by VerisArt that protects her copyright by tracing the history of her art on blockchain. Some Russian museums and private art galleries are also ready to move into crypto.

Recently, the Tretyakov Gallery decided to use blockchain to attract private capital for the digitization of its collection. Founded in the mid-19th century, the museum now exhibits more than 190,000 works by modern and contemporary Russian artists.

The Tretyakov Gallery is developing a blockchain-powered app, My Tretyakov, which will allow individuals and companies to donate money to the museum. In return, the donors will become patrons of art works and will be able to create their own online collections. Every time the artwork is shown online, My Tretyakov will show the name of the patron.

The app will implement solutions from the Austrian blockchain company, Ruddle & Code, which will guarantee transparency and accountability with the donations.

The museum also promised to digitize masterpieces, such as Serov’s “Girl with Peaches,” and Malevich’s “Black Square.” The main goal, according to the museum, is to allow any art lover to transfer art works into a digital format, allowing anyone anywhere in the world to see them on the distributed ledger.

Blockchain will also help the museum to study the interests of My Tretyakov users on their profiles, according to RDI.Digital, a tech lab participating in the project. In the future, the platform could become a basis for developing artificial intelligence (AI) that will consider customers’ interests.

The Russian Authors’ Society (RAO) is also trying to help creative minds to raise funds on blockchain: the NGO is launching a blockchain-based financial platform for loans that are secured with patents and other types of intellectual property.

The project will be launched in the first quarter of 2019, according to RAO’s CEO Alexander Sukhotin, and its platform will allow for patents in music, visual art and other types of intellectual property.

Thanks to blockchain, the Russian art market, which has been hit by low demand in recent years, can finally develop a system where artists and investors are able to communicate directly.