Glowing business: Can this startup make the world of Avatar a reality? 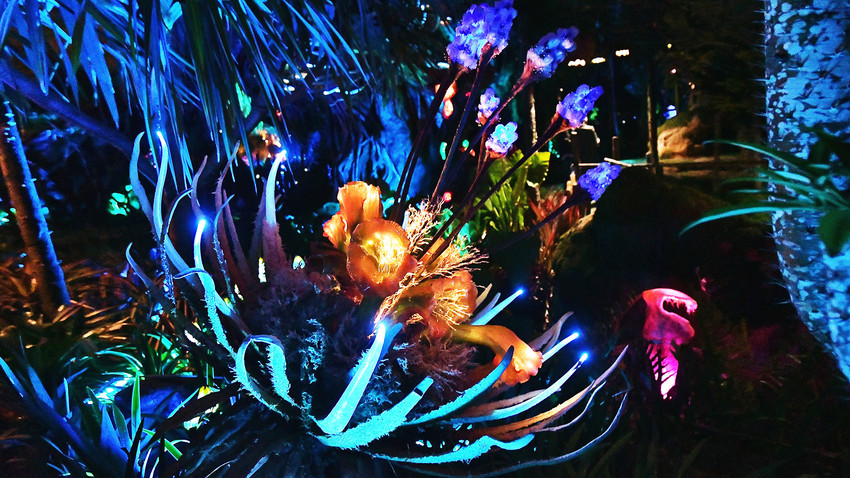 Getty Images
A Moscow-based startup is developing a new generation of plants that glow in the dark, just like in the epic science fiction film, Avatar. The researchers have already generated light in yeast and believe their technology can help visualize the migration of cancer cells.

Glowing trees, flowers, butterflies, and even fish can light our way through the darkness. New research published in PNAS  shows Earth can become a planet Pandora from the iconic Avatar movie.

Scientists believe they can bring light to pretty much any living creature. In fact, over 100 species of mushrooms emit light. This natural phenomenon is called bioluminescence and was even described by Aristotle. It occurs when a substance called luciferin is oxidized with the help of the enzyme luciferase, emitting light.

Bioluminescence is found in many species, from glowing worms to deep-sea fish. Flitting fireflies and glowing mushrooms can be found on a dark night deep in the Brazilian forest.

However, until recently, the biochemical pathway that produces light by making luciferin was not understood in any organism except bacteria. This lack of knowledge hampered attempts to make animals and plants glow.

Anything can glow with these new genes

A group of scientists from the Moscow-based Institute of Bioorganic Chemistry have for the first time identified the key genes that allow bioluminescent fungi to light up.

Using library screening and genome analysis, the team identified the enzymes that contribute to the synthesis of luciferin. Comparing mushrooms that glow with those that don't, scientists also uncovered how gene duplication allowed bioluminescence to evolve more than a hundred million years ago.

"Is bioluminescence beneficial or just a side product? We don't know yet,” said Ilya Kondrashov, the study’s lead author. “There is evidence that the glow attracts insects that distribute the spores. But I don't think that's convincing.”

The researchers also went further and put three genes necessary to generate luminescence in the yeast.

"We don't supply a chemical that makes the yeast glow. Instead, we supply the enzymes it needs to convert a metabolic product, which is already present in the yeast, into light," explained Kondrashov.

Scientists believe it’s a possibility, and they created a new startup, Planta, to give the world its first-ever plant-engineered street light.

According to Karen Sarkisyan, the startup founder, in the immediate future the company will specialize on creating and selling glowing plants. “Developing and marketing plants to consumers will take a few years,” he said. “The timeline is determined mostly by the time of the growth and reproduction of the plants themselves.”

According to Sarkisyan, the technology can also help create new drugs, as well as to be used for a high-quality visualization of cancer cells migration.

“We are cooperating with a U.S. company that develops reagents for biological and medical research, but I can’t provide details because of a confidentiality agreement,” Sarkisyan said. However, he mentioned the company is planning to license the technology for the reagent market.

Currently, Planta is targeting such markets as the U.S. and Asia, where regulations for genetically modified plants are less stringent than in Russia and Europe. According to Sarkisian, a few companies in North America already expressed interest in the technology.