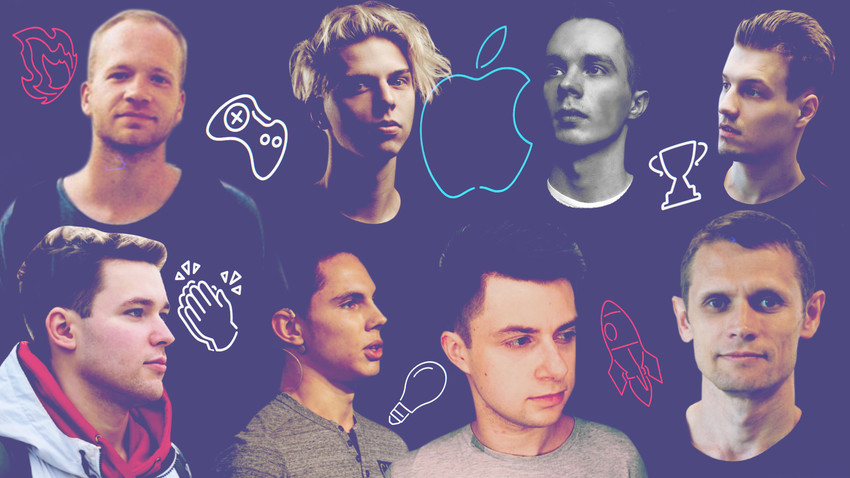 personal archive
To pursue their own projects, one of them dropped out of school, while another did the opposite - becoming a student again at 40 years old.

One April evening, 17-year-old Kirill Averyanov, who lives in St. Petersburg, was waiting for a very important email. It never came and he went to bed. But then Kirill suddenly woke up in the middle of the night to that very email he was waiting for: “You won.” The young mobile developer’s dream had come true - he was heading to the WWDC (Apple’s Worldwide Developers Conference), being held from June 3 to 7, 2019 in San Jose, California.

Getting there is an amazing experience for any developer, because it’s the only opportunity to get some one on one time with Apple engineers, receive recommendations on how to improve your coding and see top managers of one of the most expensive companies in the world (and who are obviously rockstars to their audience!).

The WWDC conference is exclusive and can not accommodate all those who want to come from around the world, which is why there is a raffle. And winners still have to pay $1,600 to participate, as well as cover all flight costs to the U. S. and accommodation fees in the expensive Silicon Valley.

But for talented schoolchildren and students, there is also a free way to participate at the WWDC - by winning a scholarship via submission of an app. That’s how eight Russians found themselves at this year’s conference (sadly, there were more winners, but not everyone was able to get the necessary visa to the U. S. in time).

Most Russians this year will be attending WWDC for the first time. But 18-year-old Philip Zakharchenko from Moscow is heading to San Jose for the fourth time in a row. Philip has become the first, and so far the only schoolboy, in history to achieve this. Fresh out of school, he’s already been accepted to seven universities around the world, and can now choose the best of them. His track record looks more like the CV of a technical director or a serial startup launcher. He co-founded an online platform for creating surveys and polls called CrowdBack, founded a development studio with specialists from around the world and has created a whole bunch of applications. 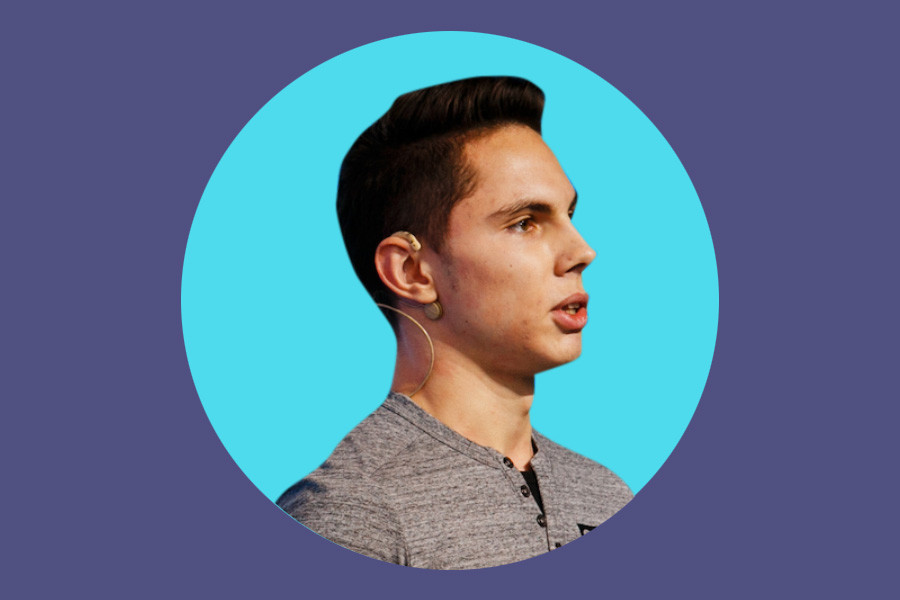 The achievements of the other winners look no less impressive. They study hard, work in large companies and have already launched, or are about to launch their own projects.

24-year-old Alexei Teplonogov studies at the Bauman Moscow State Technical University, one of the top technological universities in Russia, and works at Tinkoff, one of Russia’s largest private banks. “When I started to work, I saw that many iOS developers wearing WWDC merchandise. And I thought to myself: Wow, is it possible? I thought this event was only for the elite. But as it turned out, everything is real!” says Alexey. 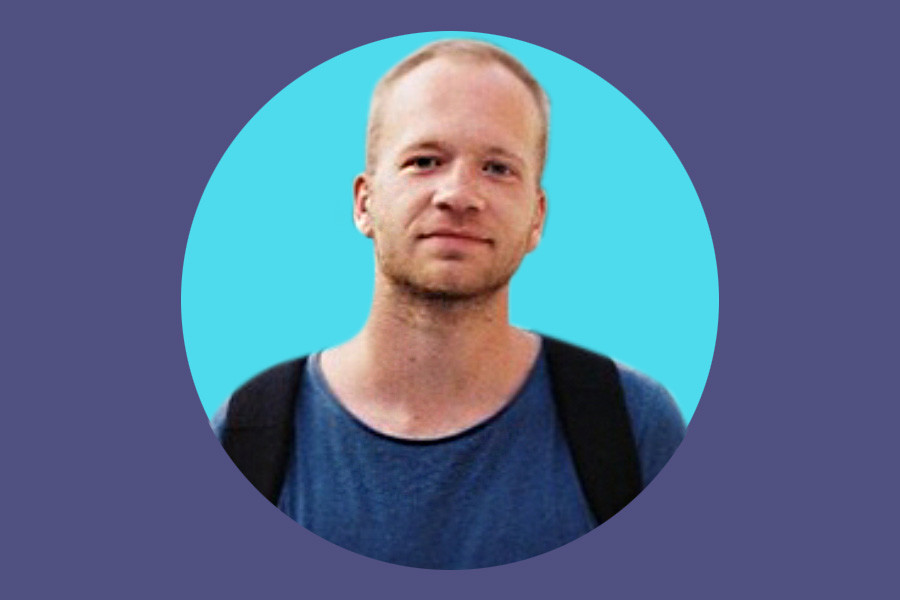 Kirill Averyanov from St. Petersburg could have gone to WWDC last year by buying a ticket through the Russian tech giant, Mail.Ru Group which owns VKontakte - one of the most popular social networks in Russia - where Kirill works. But he refused, as he really wanted to win the competition.

Averyanov works on business applications for VKontakte. Also, he independently developed the iOS app Klever last year — a real-time quiz that has been played by millions. Kirill also organizes CocoaHeads developer meetings in Russia and is working on a meditation application called Green. 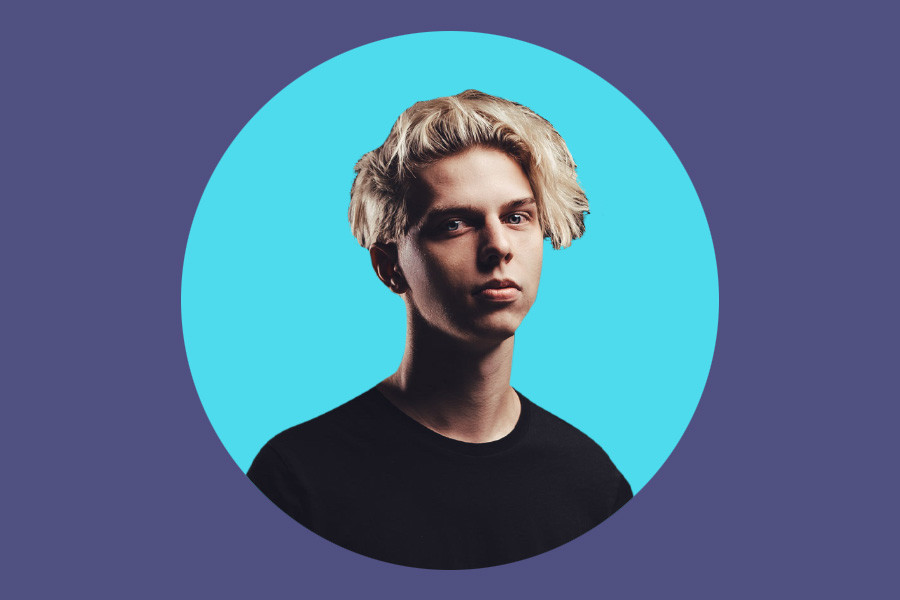 He decided to quit school, though. “When I got an offer from VKontakte at the end of 10th grade (in 2017), I assessed all the risks and realized that it was better to go to work and develop professionally, than to sit and stagnate. I transferred to a private school to study externally. I thought that I would manage to do the studies on weekends, but I failed and abandoned the idea,” explains Averyanov. This, however, did not stop him from making it onto the “30 under 30 years” list by Forbes Russia.

How to make Apple happy

Apple values an original idea in the submitted app, rather than other details, thinks 21-year-old Artyom Belkov from Moscow. For two evenings, this fourth-year student from Baumanka (which is a slang term for the Bauman MSTU) created a virtual laboratory for experiments. “With my project, students will be able to study both programming and physics. To model a physical phenomenon, they will need to write it as a code,” says Belkov. He also has been working part-time at Mail.Ru Group for two years while putting together a list of ideas for his future project. 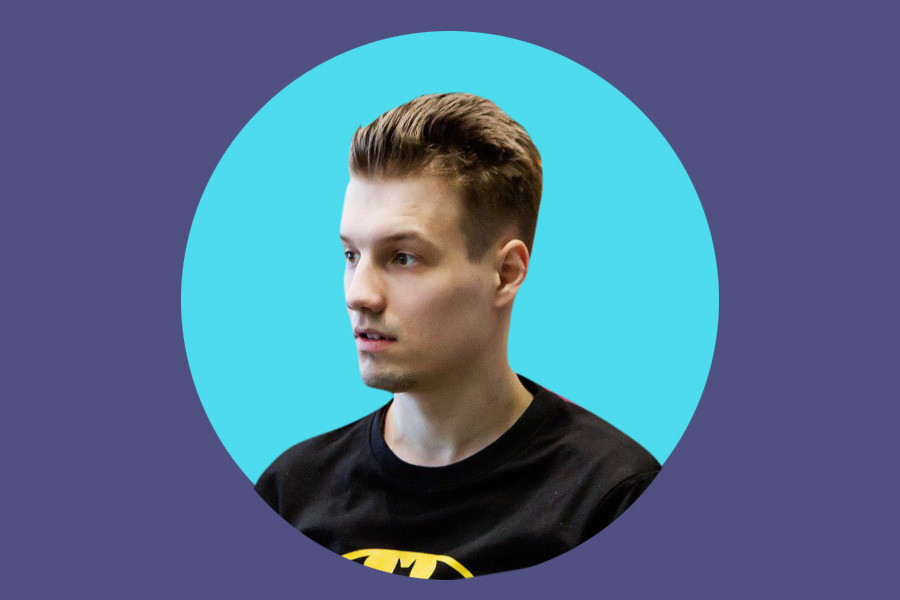 Unlike Belkov, 23-year-old Anatoly Yagov worked on his WWDC application for a month and a half during the evenings and created a customizable airport model, which works with the queuing theory in augmented reality. Yagov works at the software industry company Expert-System, making automation applications for brokers and financiers. 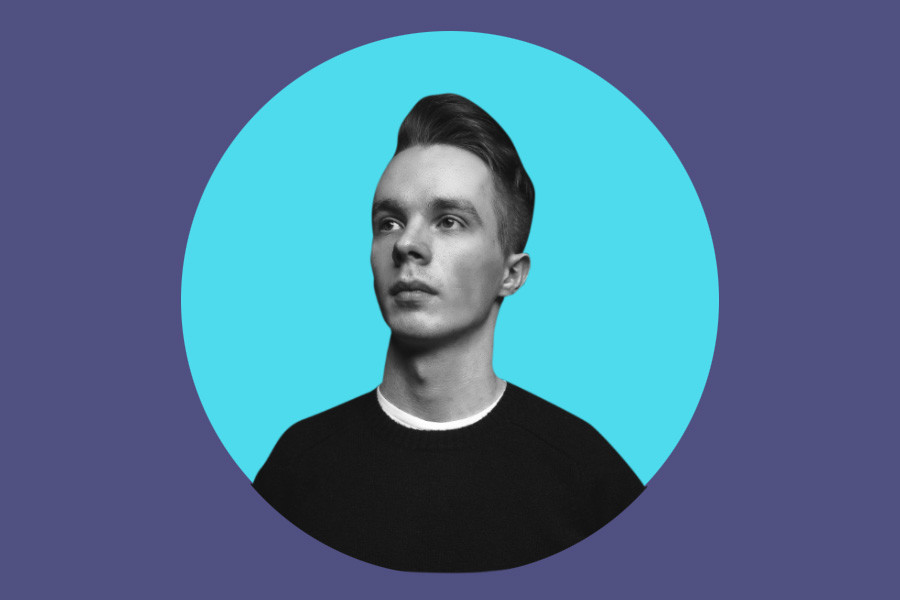 Like Anatoly Yagov, Anton Mulko also studies at the prestigious Bonch-Bruyevich University of Technology and Telecommunications in St. Petersburg. He is also a colleague of Alexei Teplonogov, with whom they develop iOS applications at Tinkoff Bank. Anton is 22 years old and he began to learn Swift - Apple's programming language - just four months ago.

Anton plans to polish up his WWDC application and release it in the AppStore as a game. It’s a Mario-like platformer with voice control. The app analyzes the sound in real time and translates it into commands: “The louder you scream, the faster the character moves. It looks very funny - a person yelling at his smartphone!” 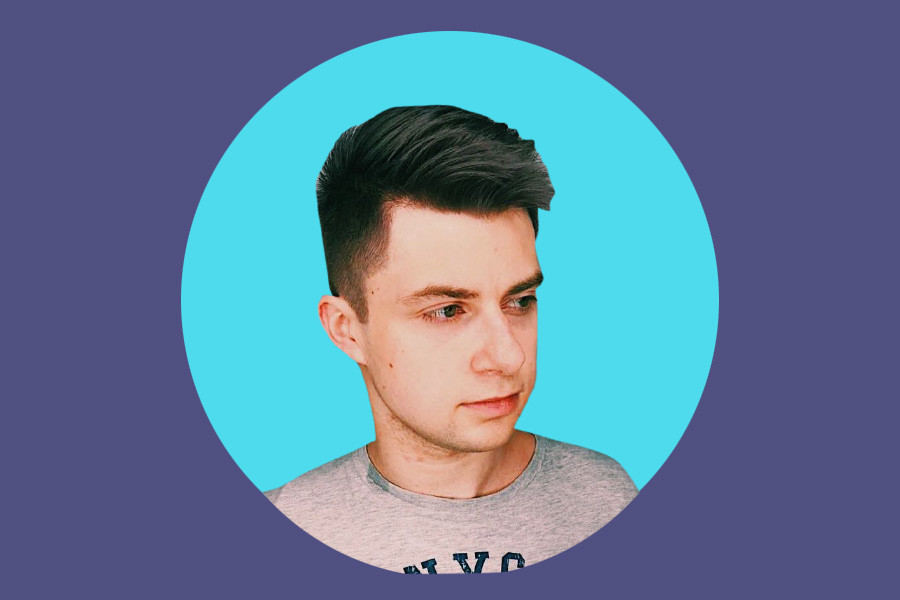 Vasily Martin became a student again at the age of 40 - and promptly won a WWDC Scholarship from Apple. Previously, he had worked for a large technology company, but then decided to become a business analyst. He left his position to enroll in the Apple Developer Academy in Naples, Italy (about 350 people study there for nine months) and plans to start a business when he graduates. 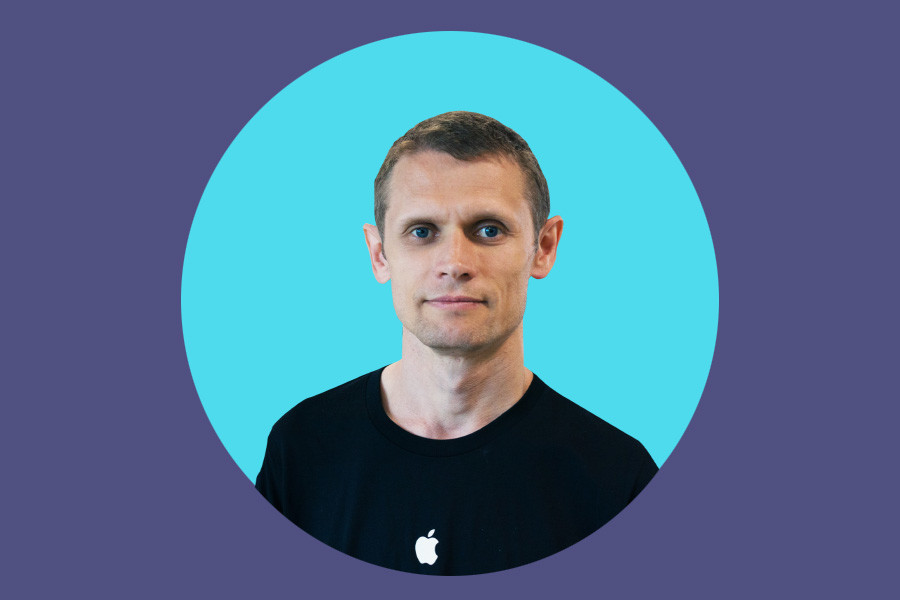 Apple covers the costs of the top five percent of the best students at the academy, and Vasily is among them. According to him, the Apple Developer Academy is in no way a college, but more a community of enthusiastic people who exchange ideas, create something new, participate in hackathons.

His current project at the academy is an app called the Colors Keeper. “It teaches children a certain type of thinking - Computational Thinking. This is not programming, but rather the ability to find and solve a problem in such a way that a computer will help you,” says Martin.

His application uses mixed reality - drawings made by hand must be photographed and turned into game objects so that the character can move through the level. The concept requires teamwork of several children - it is not easy to constantly switch from an iPad to a sheet of paper. “One of the goals is to make it feel like a game rather than a curriculum,” says Vasily.

Should I stay or should I go

21-year-old Yakov Manshin studies at the Higher School of Economics (one of Russia’s leading economic universities) in Moscow and develops corporate applications for Chanel boutiques in Russia. In his free time, he developed the Space Photos app, where you can see new photos of stars, planets and other celestial bodies from NASA and read about them. 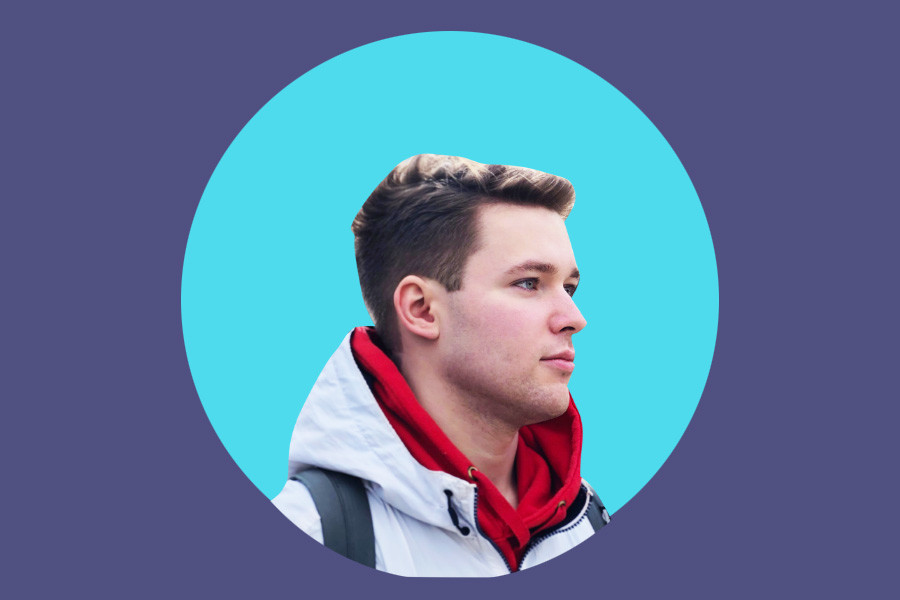 A couple of years ago, he downloaded a free textbook from Apple and began learning the Swift language.

“My example shows that it takes just a year in Russia to get a decent job and start doing big stuff. At the same time, there is a serious shortage of specialists in the market. Consequently, the salary is overheated,” says Yakov.

Mobile developers are paid significantly more abroad, but the cost of living is higher, too, argues Anatoly Yagov. “Our developers abroad can earn less than in Russia, if we calculate their net profit,” he explains.

“I meet more and more developers who say, ‘It’s nice and comfortable to live in Russia.’ I can rent an apartment in the center of St. Petersburg for the price of a room on the outskirts of San Francisco,” says Kirill Averyanov.

The only problem is that there are not so many interesting companies in Russia, believes Yakov Manshin. “Here you can get a relatively large salary and work on boring projects. In other countries, you’ll receive a lower salary, but be engaged in really interesting stuff,” he says.

In any case, the overall perception in the world is that Russian developers are professional and talented, emphasizes Kirill Averyanov. “That’s why they are being pursued by global companies like Badoo and Facebook!” he exclaims.