Better than LEDs? A revolutionary ‘eternal’ lamp designed in Russia

Science & Tech
Ksenia Zubacheva
It’s more reliable, durable, and luminous than any other lamps currently available on the market. Plus, it promises to be cheap, if mass-produced.

LED lamps brightened up our lives not too long ago as a more efficient alternative to the old school incandescent lamps. Yet it already seems they’ve got a new competitor. Researchers from the Moscow Institute of Physics and Technology (MIPT) and Lebedev Physical Institute of the Russian Academy of Sciences came up with a prototype of cathodoluminescent lamp for general lighting - a technology which has been studied since the 1980s, but without luck - until now.

The new lamp designed in Russia relies on the phenomenon of field emission and works on the same principle that powered old TVs - using cathode-ray tubes. This technology has many advantages, the authors say. It can emit light of any color (from red to ultraviolet) and withstand almost any conditions. “We’ve tried putting the lamp in liquid nitrogen, in minus 180 degrees Celsius - it still worked! Then we heated it to 300 degrees Celsius - it also kept working,” said Professor Evgenii Sheshin, deputy chair of vacuum electronics at MIPT, who led the research team. 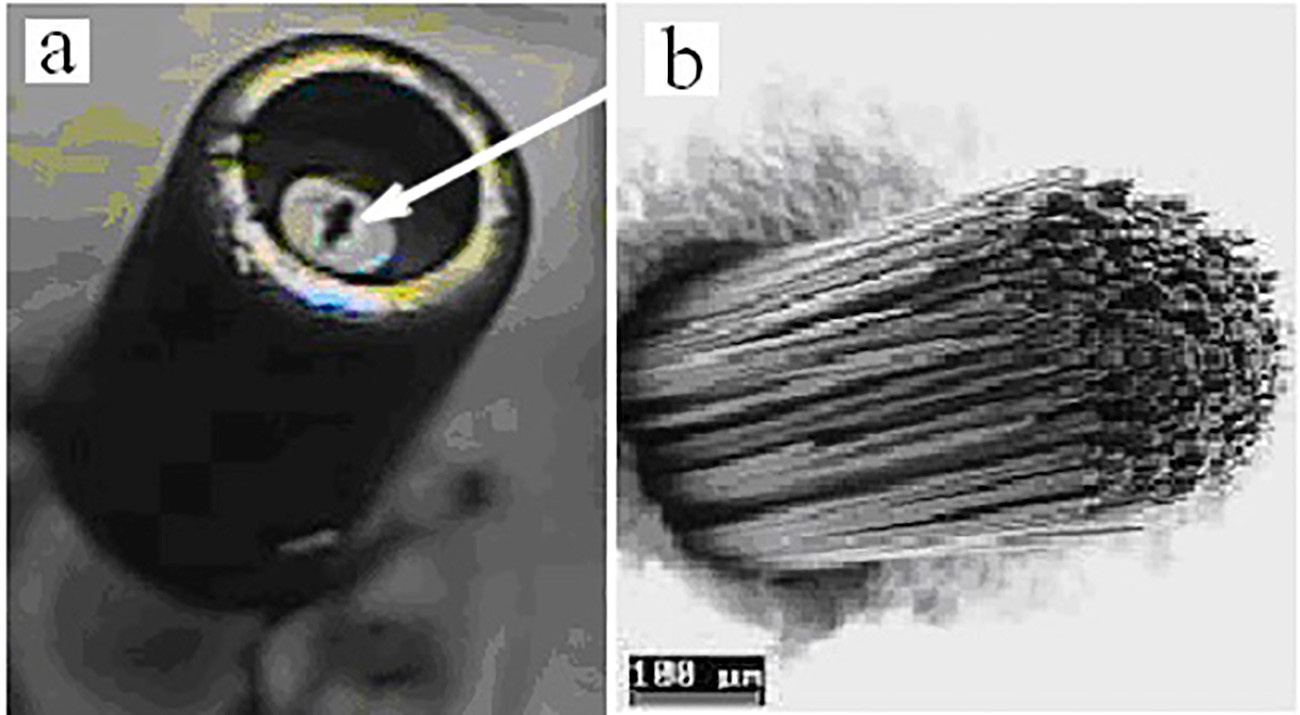 Cathode modulator unit (a) with an emitting carbon fiber cathode indicated by the white arrow, and a magnified depiction of the cathode (b) at 100-micrometer scale.

Dubbed in Russia as “the Sheshin lamp”, the cathodoluminescent lamp doesn’t lose its efficiency with time and has no expiration date. If mass-produced, it will also be cheap (around 30 rubles or $0.47 each) and will work for up to 10,000 hours. It seems low compared to LEDs, which have an estimated 50,000 hours of lifespan, but in practice, LEDs can quickly get dim. “Unlike the LED bulb, our lamp is not afraid of elevated temperatures. You can use it where diodes quickly fade, such as in ceiling spotlights, where insufficient cooling is provided,” says co-author of the project Dmitry Ozol from MIPT’s vacuum electronics department.

The Sheshin lamp is also a cleaner alternative to ultraviolet fluorescent tubes, which are soon to be banned under the UN Minamata Convention for containing mercury. As Mikhail Danilkin of RAS Lebedev Physical Institute says, some industries using mercury lamps for water treatment and air disinfection, for example, might be very slow and unwilling to phase them out. “But medicine is different, because the issue of mercury lamp disposal at individual medical facilities has not been resolved, while the environmental standards are becoming stricter. Cathodoluminescent lamps could be used in operating room decontamination, UV irradiation of throat and tonsils, and dental filling curing,” he explains. 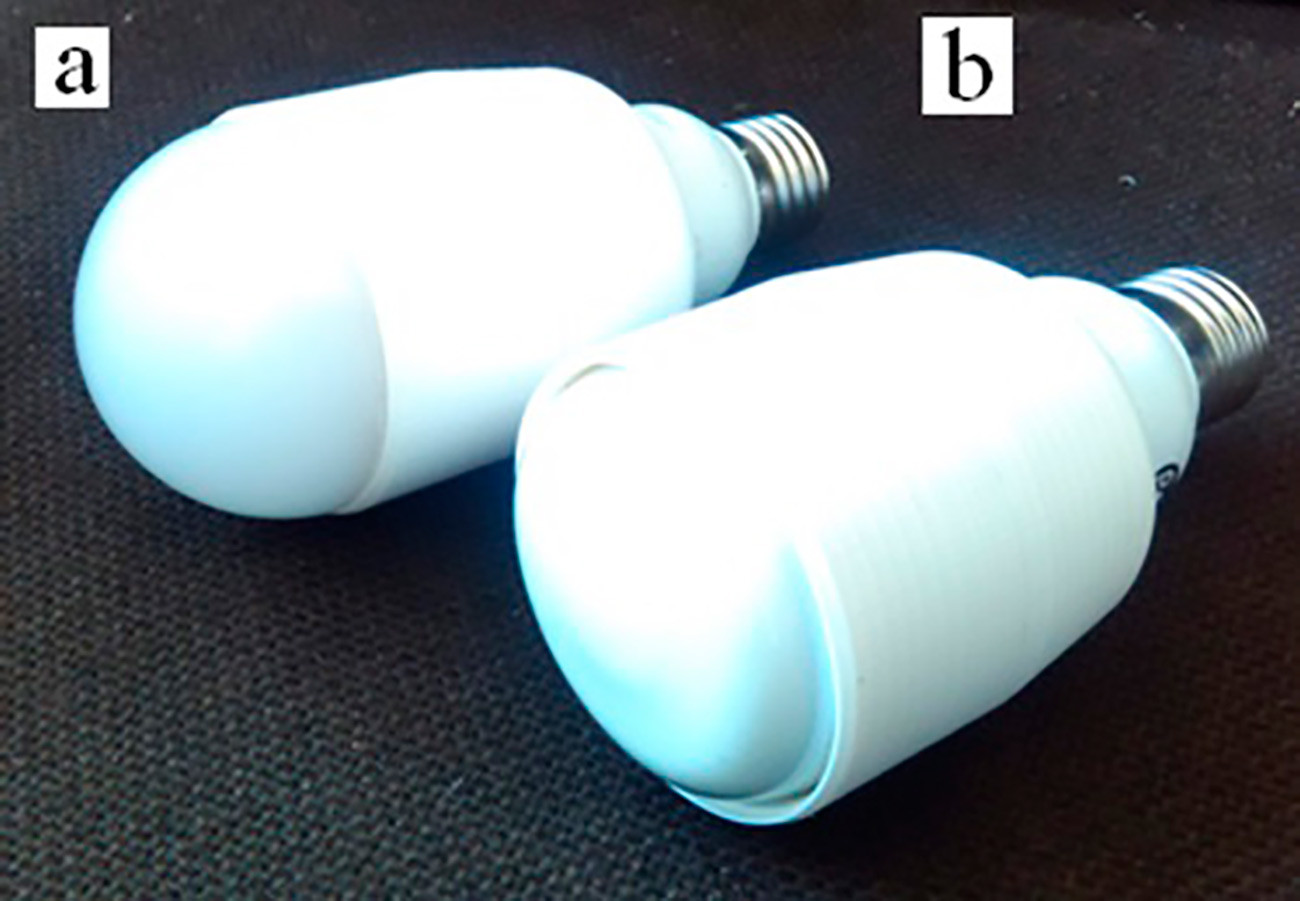 Laboratory prototypes of cathodoluminescent bulbs with a built-in voltage converter for an E27 cap with a diffuser (a) and without it (b). The luminous power is up to 250 lumens, which is about the output of a 25-watt incandescent lamp, but the power consumption is only 5.5 watts.

Russia isn’t the only country that had been interested in cathodoluminescent light technology. There were efforts to mass-produce such lamps in the U.S. as well, but, similar to old TVs, they were bulky and took time to warm up the cathode to an operating temperature, which pushed away consumers. The Sheshin lamp, however, doesn’t require any warm-up, plus, it’s technological and affordable in production, says Professor Sheshin: “This technology is our know-how, no one else in the world has it.”