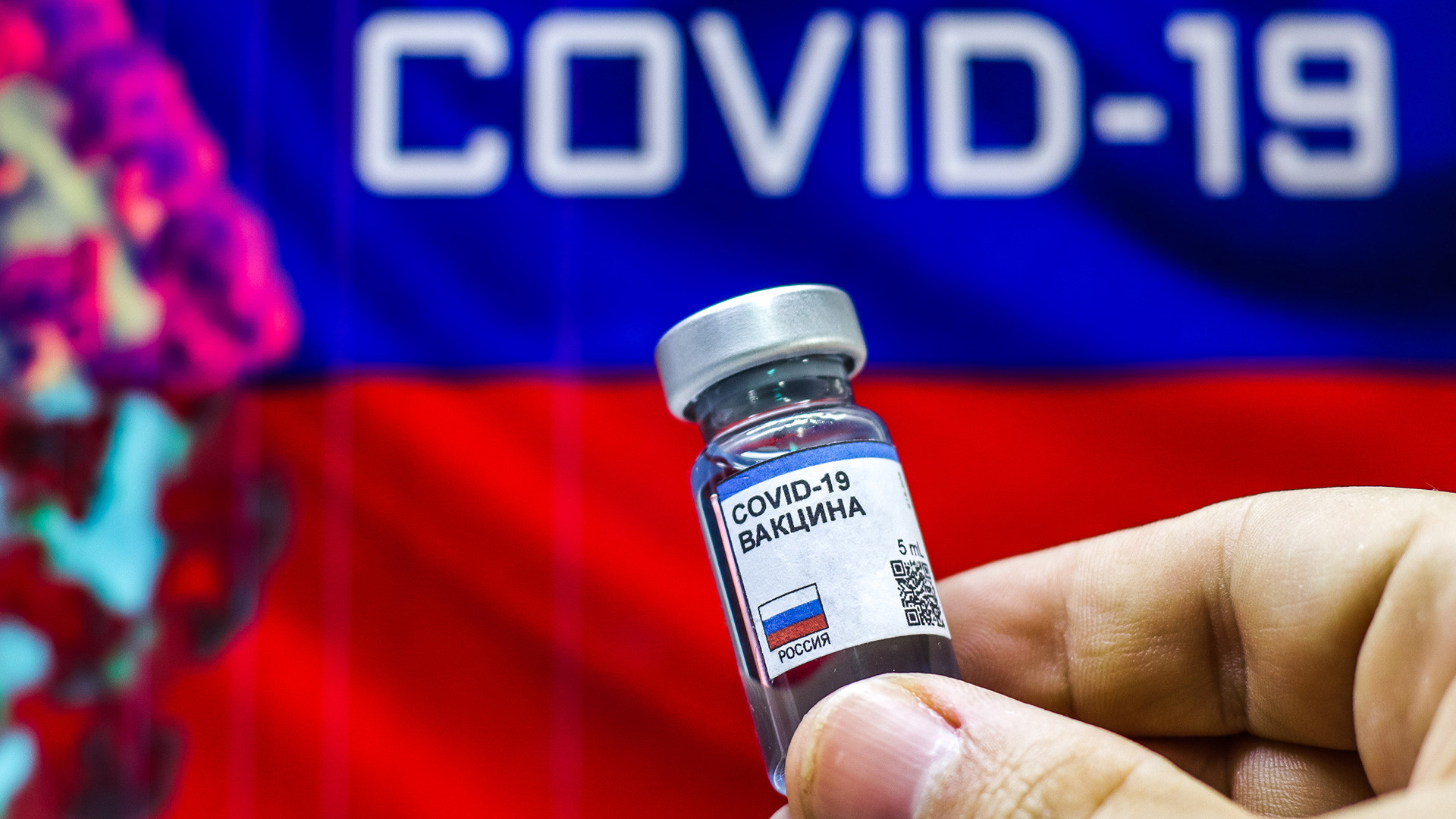 Photo merely illustrative of the vaccine against COVID-19, made in Russia

Keystone Press Agency/Global Look Press
President Vladimir Putin announced the completion of the first ever registered coronavirus vaccine has been approved for use in the country and will soon enter production.

The president reported the news during a cabinet meeting on August 11. The ‘Sputnik V’ vaccine gets its name from the 1957 satellite - the first ever launched into space. He added that his daughter has already tested the vaccine on herself.

“One of my daughters has already received the vaccine. So, she can count herself among the test subjects. After the first injection, her temperature rose to 38, then dropped to slightly above 37 the following day,” Putin said.

Minister of Health, Mikhaeil Murashko, added that the vaccine will be manufactured by the government-run Gamaleya Research Institute, in cooperation with the company ‘Binofarm’, starting September 2020. It will be financed by the Russian Direct Investment Fund (RDIF), which allocated four billion rubles (approx. $54.2 mln) for the task. It will undergo international trials as well - in the UAE, Saudi Arabia and a number of countries in Latin America, Asia and the Middle East, according to RDIF head Kirill Dmitriev. 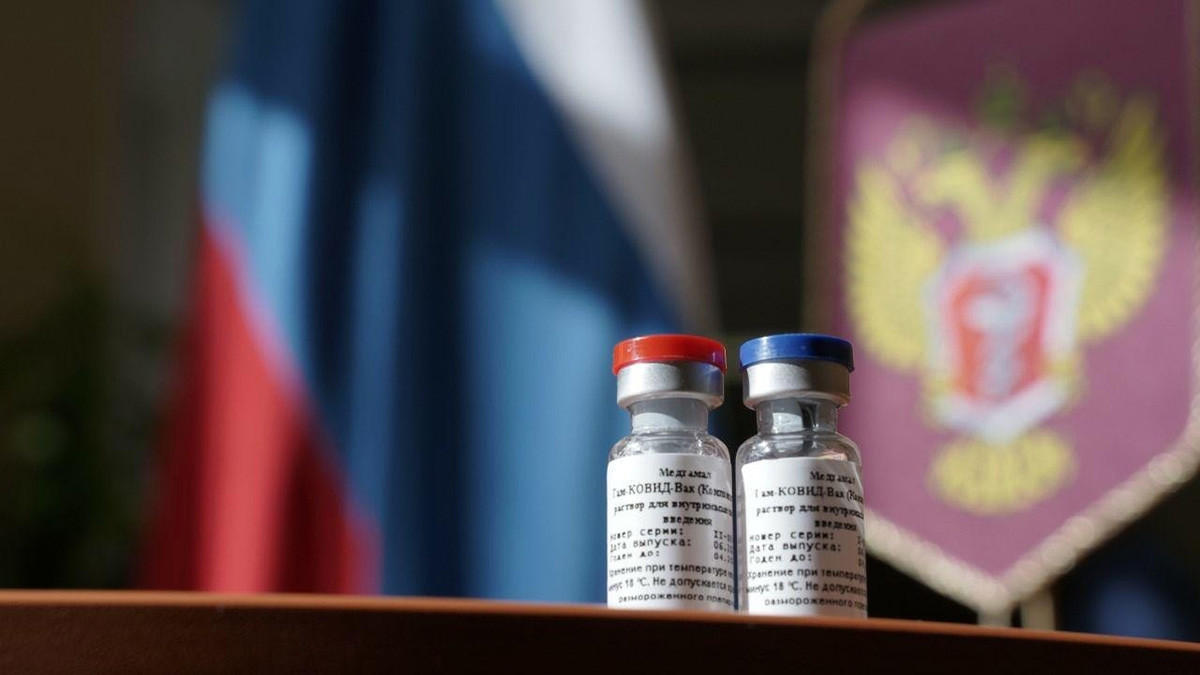 Twenty countries have already placed an order for a total of one billion units.

“Together with international partners, we are standing by to produce more than 500 million doses per year in five countries, with plans to further expand production capacity,” Dmitriev said.

The vaccine will become widely available starting January 1, 2021, according to the official Telegram channel of the Moscow coronavirus operational center. Medics and school teachers will be the first to receive the injection in Russia, according to the health minister.

Putin, meanwhile, added that the vaccine will be voluntary.

Scientists with the Gamaleya National Research Center for Epidemiology and Microbiology have been developing the vaccine since February, when it first became apparent that the world was dealing with a grave threat. The development team is headed by microbiologist and deputy-head of the center, Denis Logunov.

Developing the vaccine took only 14 days, Logunov said in an interview with online publication Meduza. According to him, the MERS (which had its outbreak in 2012-2013) vaccine took around three years to research before development could begin. 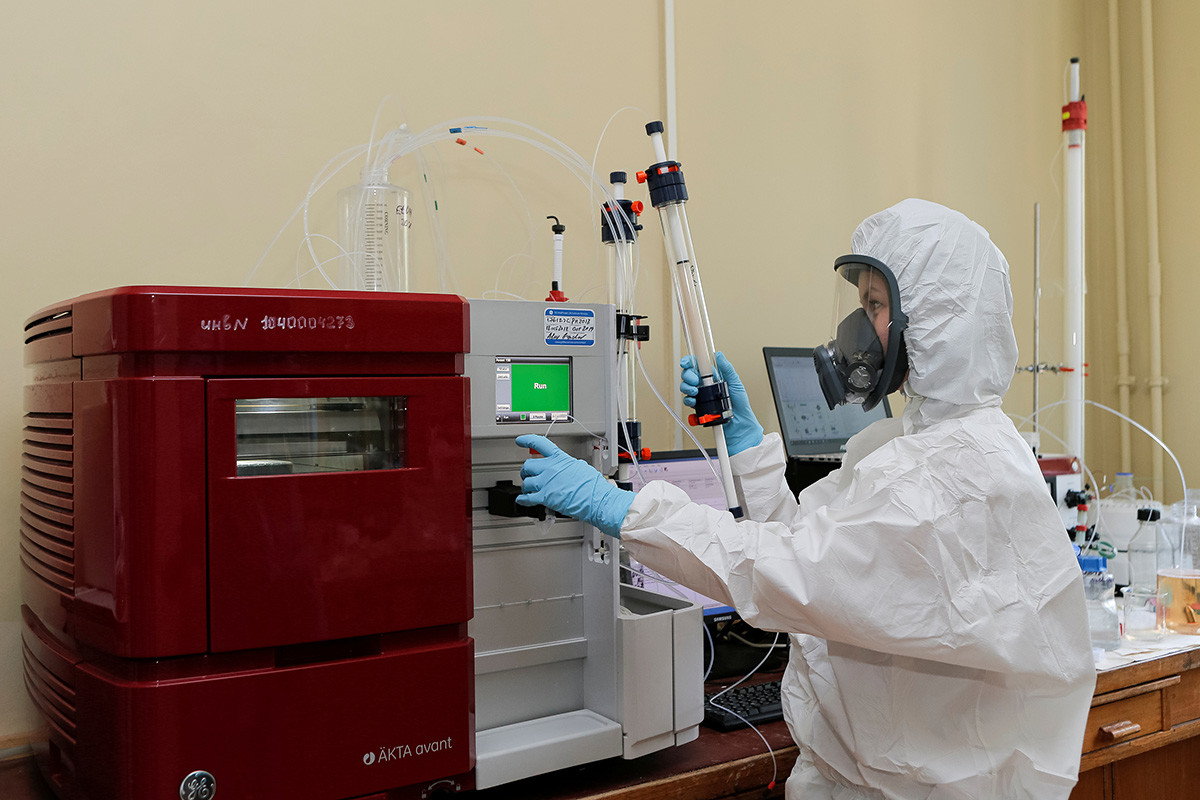 A scientist works inside a laboratory of the Gamaleya Research Institute of Epidemiology and Microbiology during the production and laboratory testing of a vaccine against the coronavirus disease (COVID-19), in Moscow, Russia, August 6, 2020

It was a slow process and, by 2020, the Center was only at Phase 2 of the clinical trials.

“When the other coronavirus appeared - [Covid-19’s] closest relative in the beta-coronavirus family, we had no doubts left as to how to approach development. There were no creative struggles. It was a copy-paste job in the literal sense of the word,” Logunov added. 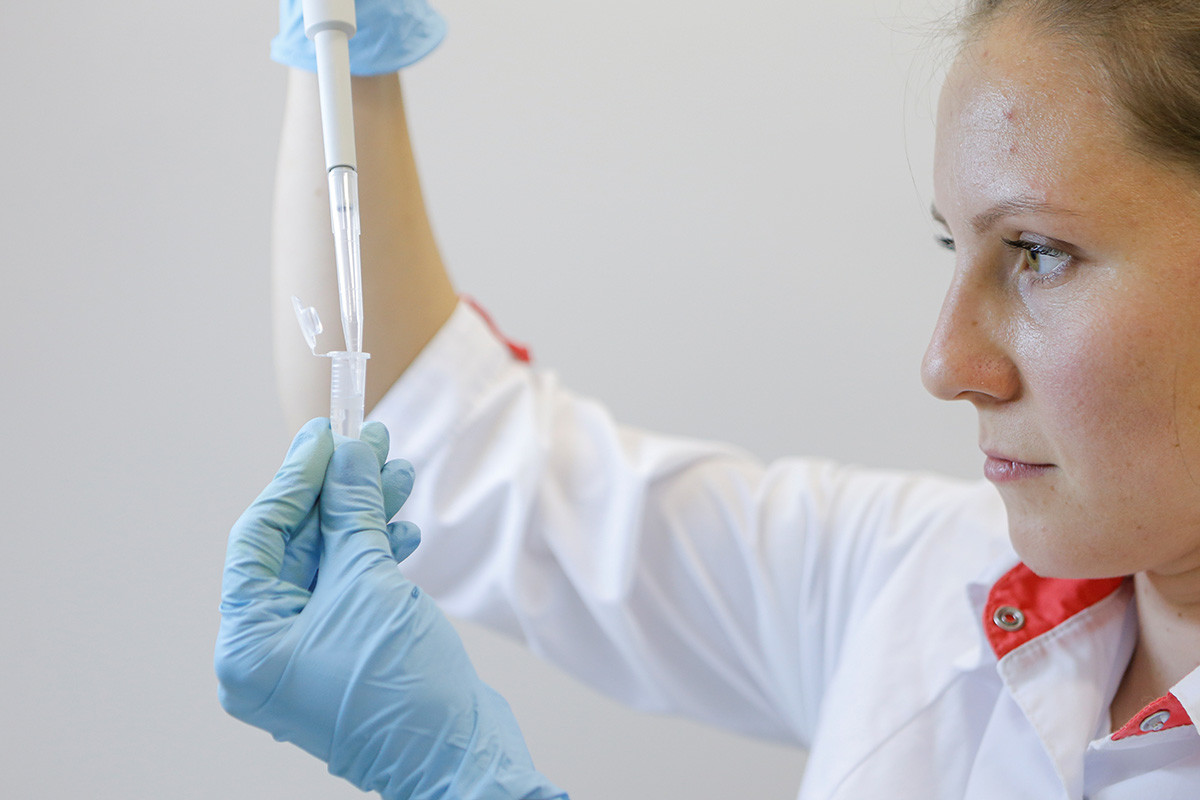 A scientist works inside a laboratory of the Gamaleya Research Institute of Epidemiology and Microbiology during the production and laboratory testing of a vaccine against the coronavirus disease (COVID-19), in Moscow, Russia August 6, 2020

In order to manufacture the vaccine, scientists required a carrier-virus, which introduces viral DNA into the organism, provoking an immune response. The vaccine was tested on mice, hamsters and two species of monkeys - rhesus macaques and marmosets.

First clinical trials began on June 17, carried out by the I.M. Sechenov First Moscow State Medical University and the Burdenko military hospital. Seventy-six people took part, all of them showing no signs of unpredictable immune responses, according to Logunov.

Vadim Tarasov, who is a top scientist at the university where the trials took place, said Russia did have a “head start”, as it has spent the last 20 years working in the field. The technology behind the Russian vaccine is based upon the adenovirus, otherwise known as the common cold, Tarasov said. Created artificially, the vaccine proteins replicate those of Covid-19 and trigger “an immune response similar to that caused by the coronavirus itself”, he revealed. 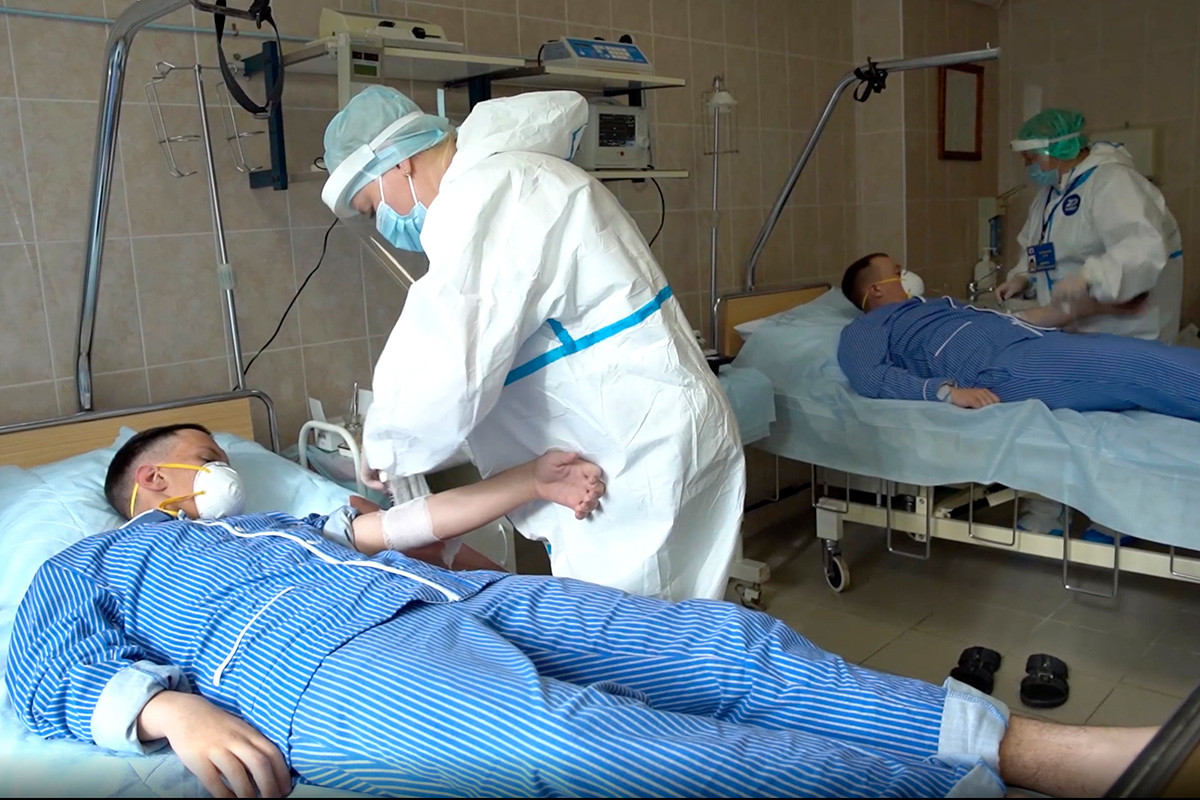 medical workers in protective gear prepare to draw blood from volunteers participating in a trial of a coronavirus vaccine at the Budenko Main Military Hospital outside Moscow, Russia,Jule 15,2020

There were noticeable but slight side effects in the subjects - namely, a spike in temperature, some pain and a rash around the area of injection. On August 1, the health minister told journalists that Sechenov University and Burdenko had finished trials and the Moscow-based coronavirus center was preparing to register the vaccine.

Later, on August 10, the Association of Clinical Trials Organizations (ACTO - which oversees the work of Russia’s research institutions and pharmaceutical companies) sent a request to the health minister to delay registration, according to Meduza, which saw a copy of the request.

Members of the association claimed that the vaccine should not be rushed through registration as “not even 100” test subjects were included in the trials, while the recently developed MERS vaccine had yet to prove its effectiveness.

“An expedited registration will not make Russia a leader in the race, it will only expose its consumers, among them Russian citizens, to unnecessary danger,” the letter stated. 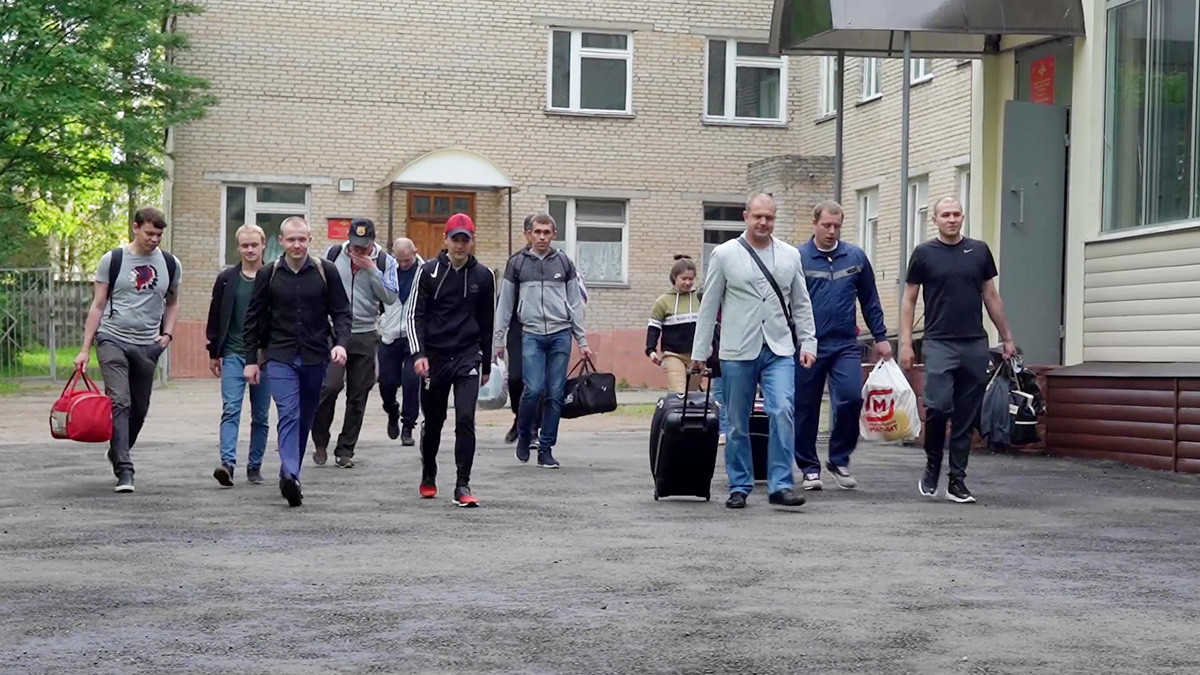 Discharge of volunteers who participated in the COVID-19 vaccine trials at the Main military clinical hospital named after N. N. Burdenko.

Logunov himself earlier claimed that the vaccine would be tested on thousands of people. However, the Center wished to go through with the registration, in spite of the “limited conditions”, in order to begin testing on the at-risk group (the elderly and individuals with health conditions that may be exacerbated by the coronavirus) as soon as possible.

“What do we mean by ‘limited conditions’? This means that, if we do not repeat [the results] across a large sample, registration will not happen. Therefore, we will, of course, carry out wider trials - they are predicted to take six months,” Logunov said. “And only when effectiveness and safety has been proven will we receive permission for a permanent registration. ‘Roszdravnadzor’ (The Federal Service for the Surveillance of Healthcare) confirmed this position.