Russia has several working COVID-19 vaccines. How safe are they? (DETAILED EXPLAINER) 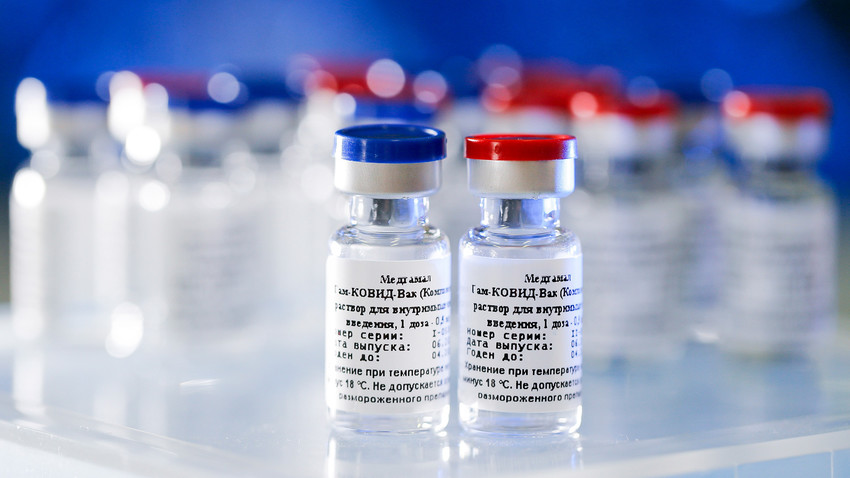 AP
The first COVID-19 vaccine in the world was recently registered in Russia. However, it is just one of several to have completed clinical trials. Meanwhile, questions about their safety continue to pile up. We answer the most burning ones.

How many vaccines are there?

There are currently around 150 different COVID-19 vaccines in development and 26 of them are Russian, according to Anna Popova, head of Rospotrebnadzor - Russia’s federal health and wellbeing watchdog. However, a number of them have taken different paths. All are, for the most part, produced by the same research institutions, but there are notable nuances to each.

Only two of the Russian vaccines so far have made it to trials - the ‘Sputnik V’ - the first to undergo registration - and the Siberian-made ‘EpiVacCorona’.

Read more:What we know about the FIRST registered COVID-19 vaccine in the world

How are they different from one another? 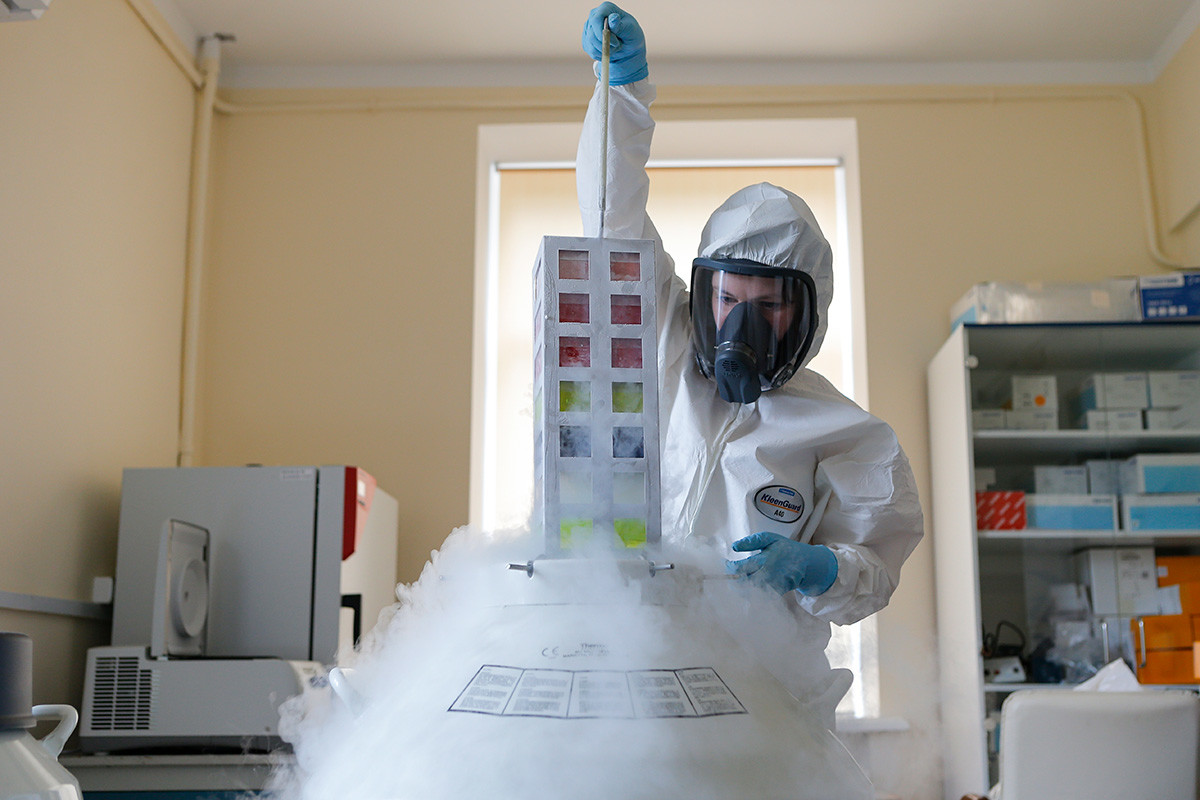 EpiVacCorona was created at the ‘Vektor’ research center, founded in 1974, and at first acting as a civilian research front for a chemical weapons lab. In the years that followed, the laboratory has been used for storing some of the most dangerous viruses known to man - from smallpox to Ebola. Vektor continues to carry the status of a military facility: the perimeter is guarded by a two-meter fence with barbed wire, with anti-tank obstacles placed around the territory inside and soldiers with submachine guns manning watchtowers. It was also here that the formula for the first Russian coronavirus test was developed and where the first microscope photo of the virus came from. 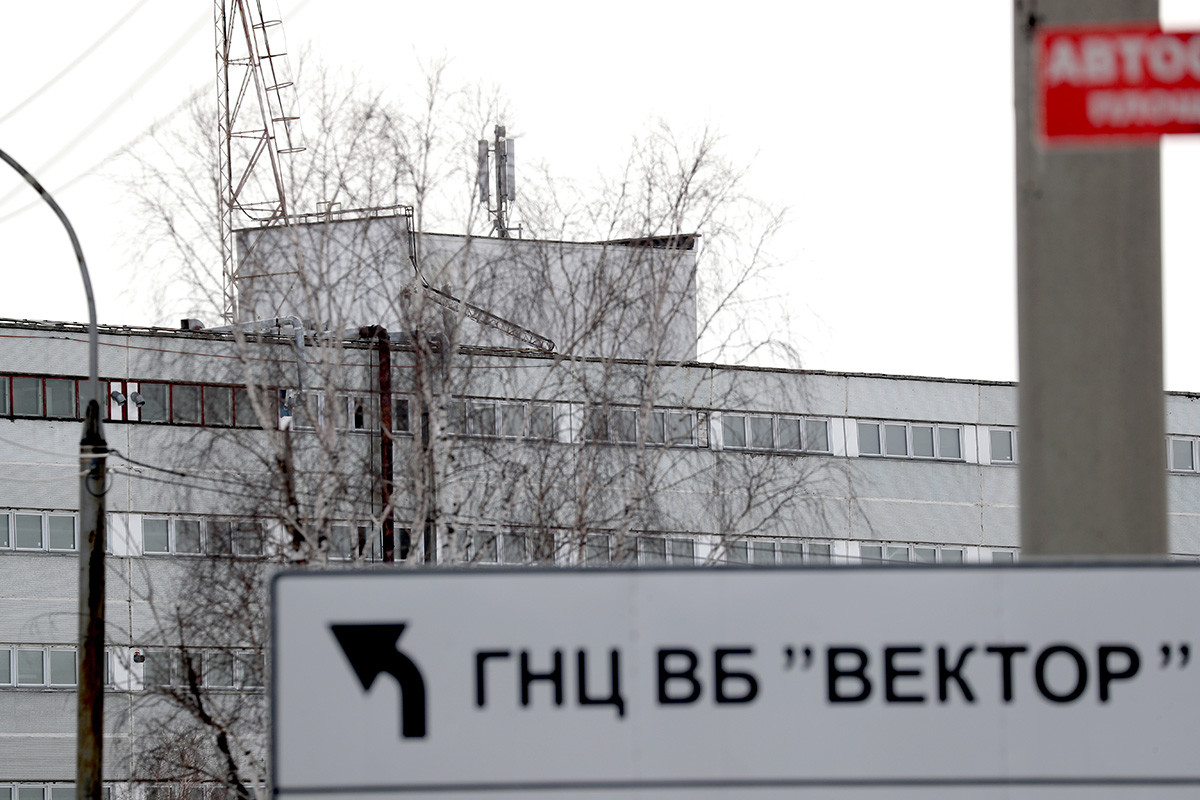 For a long time, Vektor held the monopoly on COVID-19 tests - with such a solid base in empirical science that the entire country depended on it and the institution swiftly entered the race for a solution to combat the coronavirus, coming up with several platforms for tackling the vaccine. Its current frontrunner - EpiVacCorona - is based on viral proteins and peptides. These proteins are not produced by the human body. They have to be injected into it, together with other chemical agitators, provoking an immune response.

Sputnik-V, which comes from the Gamaleya Research Institute of Epidemiology and Microbiology, is based on a different platform to the one used for EpiVacCorona. The institution itself is less secretive than Vektor and, until 2010, was a subdivision of the Russian Academy of Sciences (RAN), before becoming part of the Ministry of Health. To make matters more confusing, the Sputnik-V is what’s known as a “vector-type” vaccine. This means that it uses a harmless adenovirus (the common cold) to transport the coronavirus’s DNA into the cells, which kickstarts protein synthesis, introducing the disease into the immune system. The Gameleya Institute actually used a similar approach for tackling an Ebola vaccine and has for the past three years been developing one against the MERS virus (the novel coronavirus’s “cousin” from 2012).

These two institutions are the focus of virtually all government and private sponsorship efforts in the field today, as they are believed to have the strongest chance of success.

How the testing was carried out

Sputnik-V successfully passed the first and second phase of the trials (they occurred in immediate succession), having gone through mice, hamsters, monkeys and even 76 healthy and specially selected Russian soldiers and civilians. Each of them noted their progress in a “volunteer’s journal”, documenting any side effects, which included a spike in temperature, rashes and inflammation at the injection spot. As we already know, nothing more serious was reported. 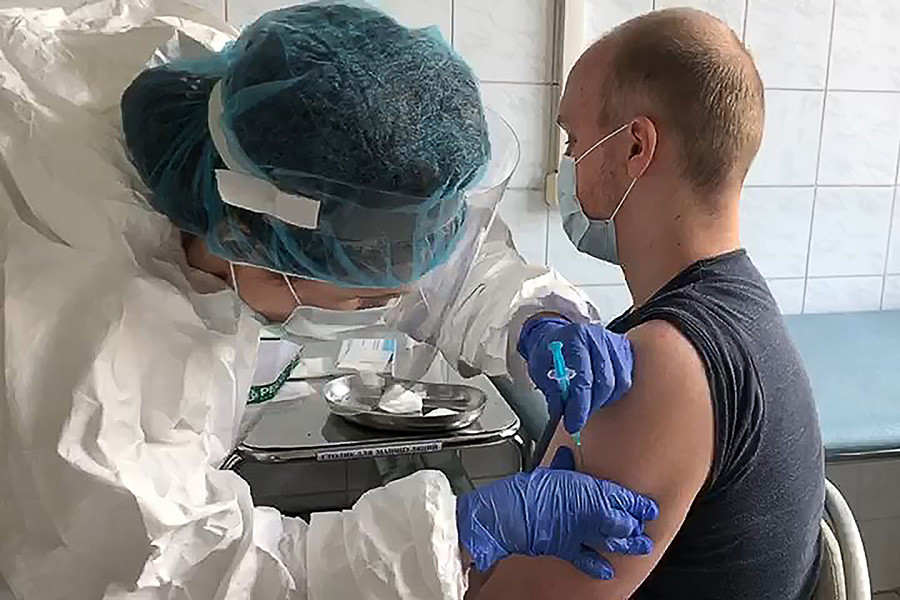 August 12 marked the start of the third phase of the trials, considered to be the most important, as it involves a larger sample size, allowing for the study of any residual side effects. More than 2,000 individuals across Russia - as well as Saudi Arabia, Brazil Mexico, the UAE and other countries - are taking part. The vaccine has indeed been registered already, but only under so-called “limited conditions”, meaning that the registration itself is conditional.

EpiVacCorona is currently lagging behind Sputnik-V in trials: Phases 1 and 2 started on July 27 and have still not concluded. A total of 300 volunteers, aged 18-60 are taking part.

Vektor says that all the volunteers will receive insurance and a sum of 147,000 rubles ( approx. $2,000) for their troubles. They will have to spend 23 days in confinement, however, and they can’t opt out: “You can take walks around the hospital territory. There are five meals per day.” Those who successfully pass the strict selection process (the candidates must be in top shape health-wise) have compared these conditions to something like a health retreat, adding, however, that the atmosphere at Vektor “feels like a real bunker, it’s all a bit creepy, really”.

What does ‘conditional registration’ mean? What if the vaccine doesn’t work as intended?

This type of registration is of the temporary, expedited kind. Government regulations allow it in times of a pandemic, when there isn’t enough time to muster up a defense against the less likely risks, requiring costly and protracted research. Research and development of a new substance normally requires several years. 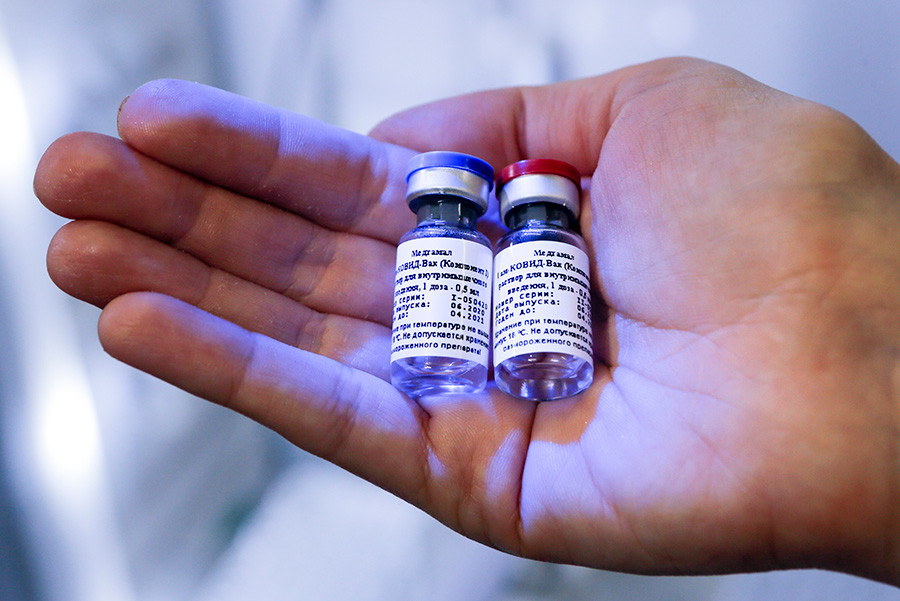 Sputnik-V creator, Denis Logunov, told the Meduza new outlet that “for the time being, a conditional registration is a necessity, so that individuals from at-risk groups could participate - seeing as it’s not healthy volunteers that we seek to treat with this vaccine”. The current registration will allow for the vaccination of doctors and teachers first.

If a positive outcome can’t be replicated using a larger sample, registration will be withdrawn and production will cease. In the event of conclusive proof that no health risks can arise from the vaccine, it will receive a full registration. At present, production is scheduled to start in 2021, with the temporary registration ending on January 1.

Is the registered vaccine unique? Who else is in the race?

Sputnik-V has three equivalents in the world - one from the University of Oxford, UK; another from China, called ‘Cansino’; and one from Johnson & Johnson. All are in the running to complete their own vaccines, which use one - instead of two - vectors. 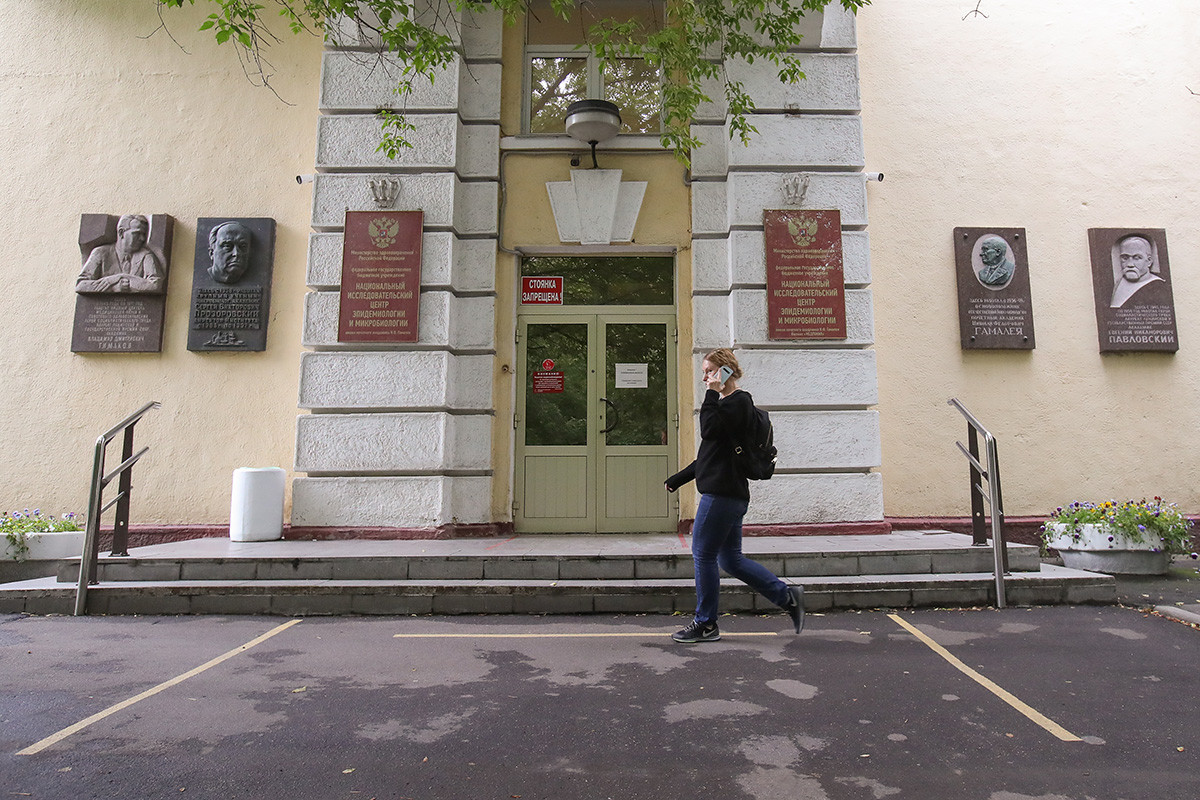 The Russian vaccine is injected in two stages: the first vector, followed by the second. Scientists at the Gamaleya Institute claim this to be the safer option. “If you inject the first vector and it fails to yield results, you need to re-inject - but you can’t reuse the same vector twice, as your immune system will have been prepared for an acute response during that phase. Failure to respond to the first phase may sometimes be seen in older people,” Logunov explains.

What about the current media criticism leveled at Russia for not sharing any data, but still registering the vaccine and readying it for sale?

There are still no details pertaining to the vaccine’s development in scientific literature, despite this normally being the case. Gameleya will publish the information in the near future, once the results are conclusive - not just preliminary (when the immune response has been thoroughly studied and the vaccine is considered completely safe). There is no reason to suspect any unwelcome surprises at this time and testing is still ongoing.

Why would Russia need a second vaccine, if it has one already? Which of the two is safer?

Rospotrebnadzor has expressed certainty that every country currently working on a vaccine must have several different options to lean on. To place faith in only one type - let alone an under-researched one - would be a risk.

That being said, both Sputnik-V and EpiVacCorona have to date not produced “any serious or unwanted immune responses”. Experts with the World Health Organization agree that Russia has a powerful tradition in the field of developing vaccines and implementing vaccination programs. 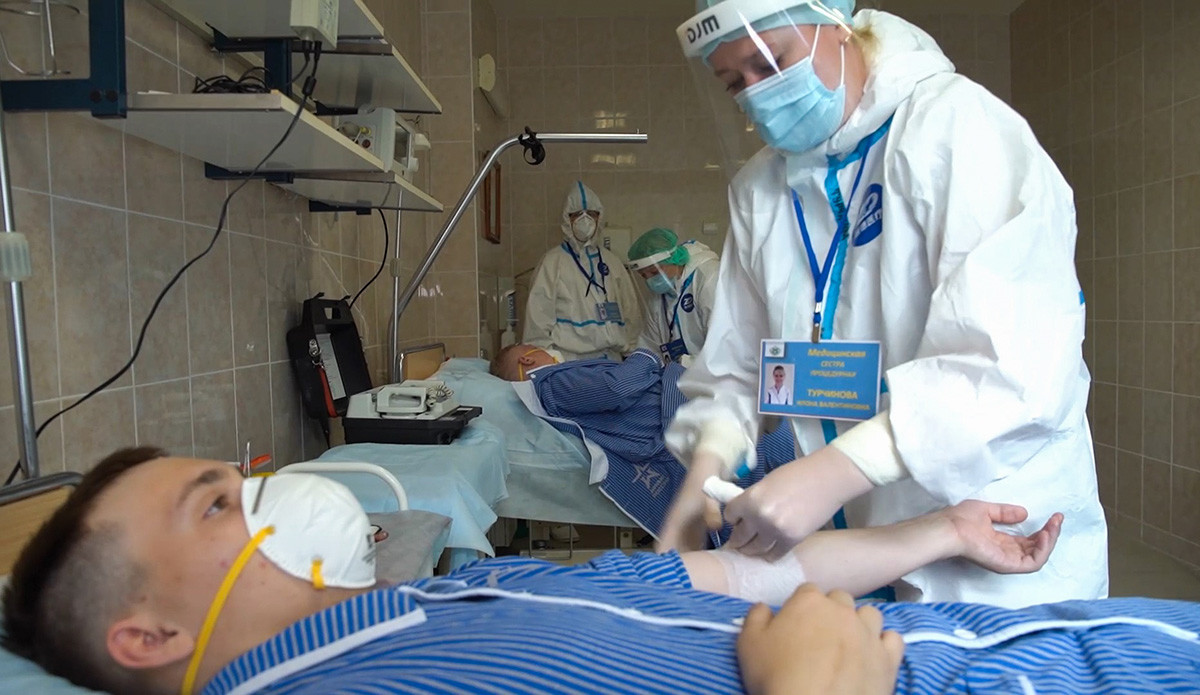 Ministry of Defense of the Russian Federation/TASS

The adeno-virus and peptide vaccines stand a strong chance of proving their efficiency.

Vector-based vaccines have been in active use since the 1990s, which explains why the Gamaleya Institute considers them to be the most reliable route: “We carried out numerous tests, and even early on it was evident that it was a night and day difference.”

As for the peptide vaccine, it is “absolutely arectogenous”, according to the Rospotrebnadzor head - meaning that it carries no risk of adverse reactions, due to the absence of a biological agent. “Those who have already taken the vaccine have exhibited no side effects. Not even the slightest inflammation at the spot of injection. The temperature in every subject has likewise been stable,” Popova added.