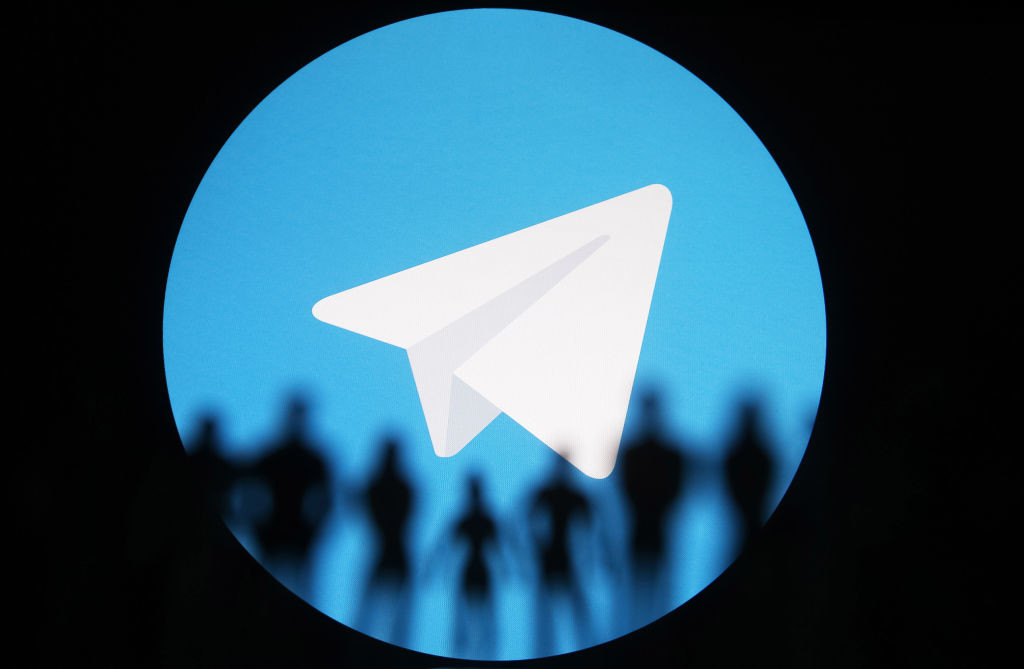 Getty Images
We take a look at Telegram’s most important features, why Russia tried to block it and why it could be removed from the App Store.

On January 12, 2021, Telegram became the second-most downloaded app in the U.S. and the platform's founder, Pavel Durov, announced on his channel that 25 million new users had joined the app in 72 hours. The new users came from Asia (38 percent), Europe (27 percent) and Latin America (21 percent). Another eight percent are from the Middle East. The total number of users has since topped 500 million.

The number of Telegram users started growing after U.S. President Donald Trump’s accounts were blocked on January 7, 2020, by Twitter, Facebook, Instagram and other platforms. Another factor behind users flocking to Telegram is the new confidentiality clause on WhatsApp, whereby users’ personal data is to be made available to Facebook (which owns WhatsApp). The update to the conditions of use was subsequently moved back to May 15, 2021 following an outcry from users.

“People no longer want to exchange their privacy for free services. They no longer want to be held hostage by tech monopolies that seem to think they can get away with anything as long as their apps have a critical mass of users,” was how Durov commented on all these developments.

How is Telegram different from other messaging apps? 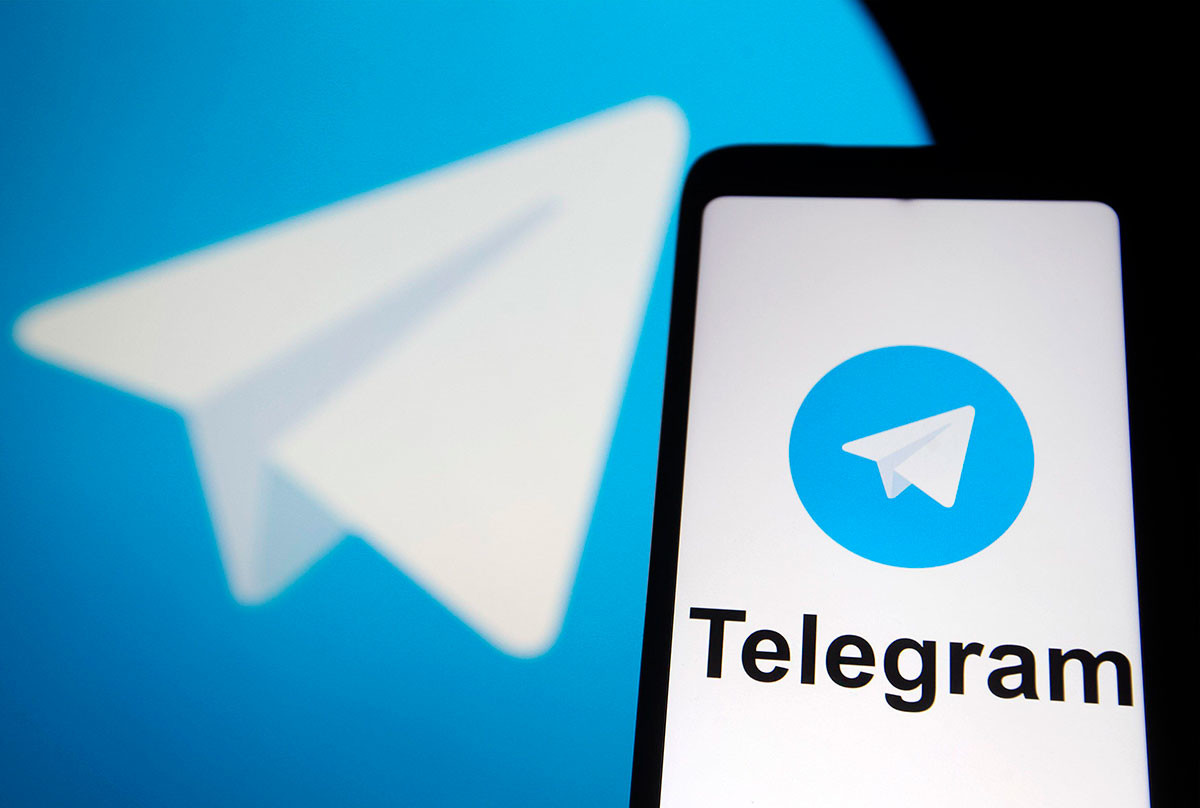 Regular and group chats are only a small part of the messaging app’s infrastructure.

For instance, secret chats can be created on Telegram linked to a specific user’s device - that is, they are not saved on the platform’s servers and, at the user’s request, can be made to disappear after a certain period of time. A time limit can be set on any photo or video within these chats - on expiry they will also self-delete. You can take screenshots, but if you do the app will warn the other user about it.

Instead of the usual communities, Telegram has channels. The key difference is the total absence of algorithms. Under Telegram’s approach, users themselves control their media usage: All messages are published by the channel chronologically. Neither does the app have the ‘discover’ function popular in modern applications. It is assumed that users can learn about interesting new channels either from messages forwarded by friends or other channels, or from external sources. Channels can be open or anonymous, posts can include comments and a public chat can be linked to a channel.

Another interesting feature is that you can meet people by geolocation. If, for example, you find yourself in an unfamiliar city, are bored and want to meet someone, you can click on ‘Contacts’, select ‘Find People Nearby’ and you will see a list of everyone who is in the vicinity (and who has enabled this feature). Also, users periodically create chats for a specific location, be it a museum, a town square or a bar - you can likewise drop in, ask a question or start chatting with a person nearby.

Telegram also has numerous bots that will calculate the dollar rate for you, let you listen to any song from right inside the app, create a personal news feed and so on.

Also, Telegram has a convenient desktop client and a web version that do not require a working communication channel linked to a smartphone like WhatsApp or Viber.

And who does all this belong to? 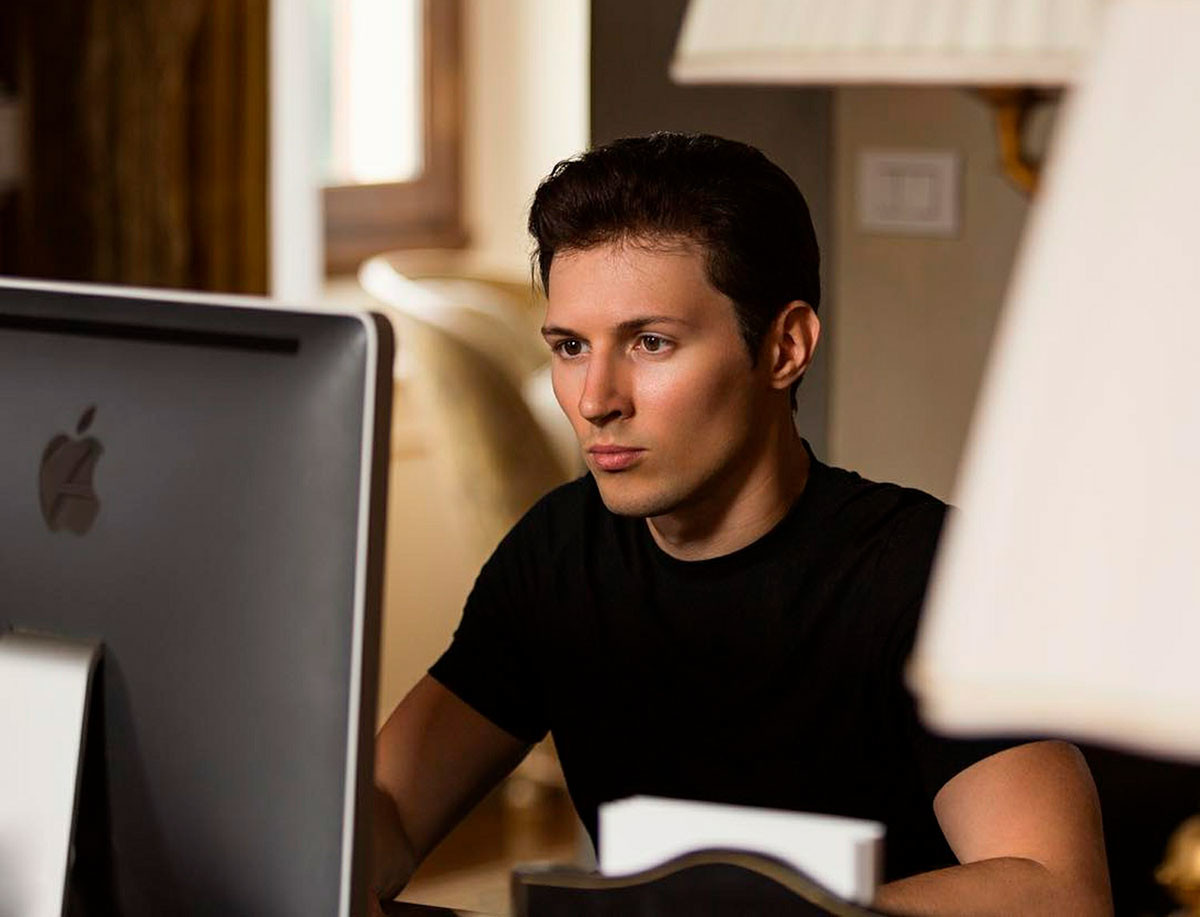 According to official reports, Pavel Durov, founder of the popular Russian social network VKontakte, set up Telegram along with his brother Nikolai. The first version of the app appeared in the App Store in August 2013. Pavel Durov still claims that Telegram is growing and developing thanks to his personal investment (made from VKontakte) - in an interview with Fortune magazine in 2016 he said he was spending one million dollars a month on supporting the messaging platform.

In 2014, Pavel Durov permanently stepped down from the post of CEO of VKontakte, sold his shares in the company and left Russia. In his own blog, he said the move had come about following a change in the social network’s shareholders in 2013. Prior to this, one of the shareholders had started accusing Durov of working on his personal project, Telegram, to the detriment of the social network.

Initially, Telegram didn’t even support the Russian language and targeted a wider audience around the world - the messaging platform was only adapted to Russian in 2017.

Why did Russia try to block Telegram? 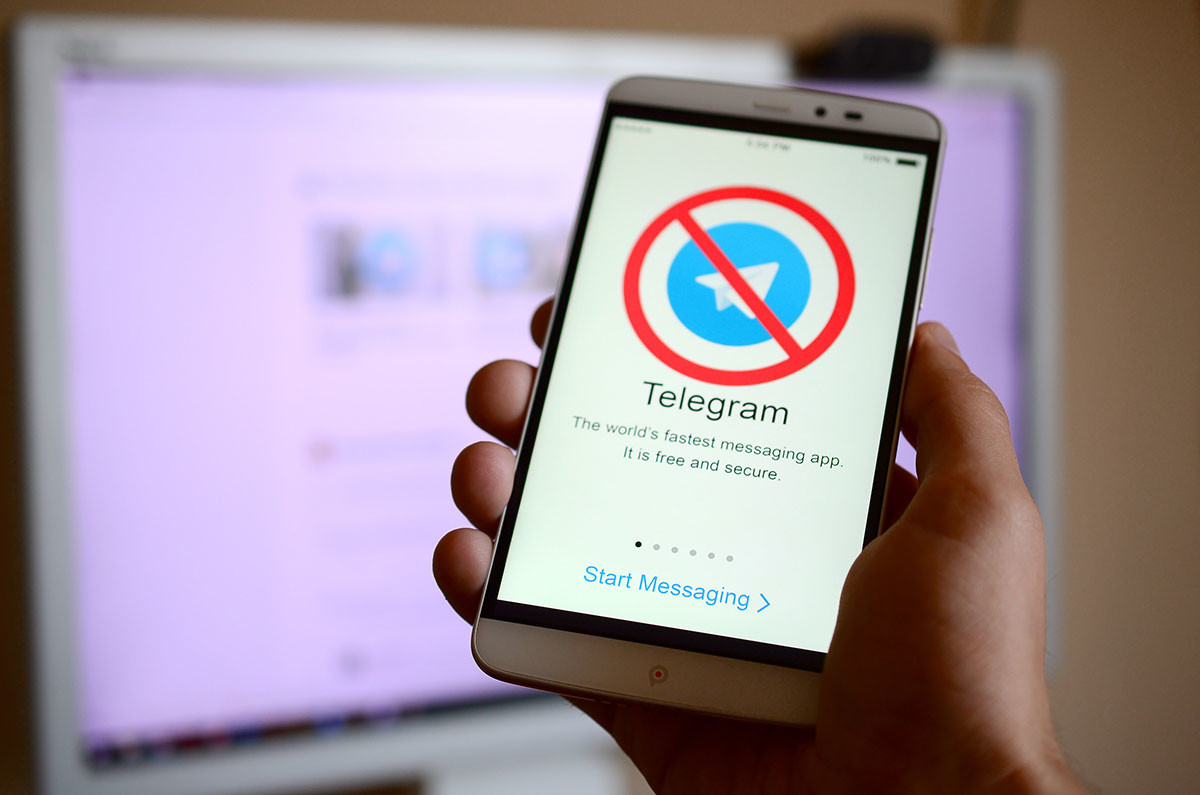 Also in 2017, the FSB demanded that Telegram supply the coding keys for communications between users suspected of planning terrorist acts. Telegram representatives refused to share the data - they said it was technically impossible. As a consequence of this, in 2018, the Federal Service for Supervision of Communications, Information Technology and Mass Media [Roskomnadzor], the body responsible for monitoring the observance of laws in the Russian Internet, officially blocked access to Telegram in Russia. The messaging app was still accessible via VPN, however. Moreover, its developers soon learnt to bypass the block, so that it worked even without the need to connect to third-party services, although there were still infrequent malfunctions.

In June 2020, Roskomnadzor unblocked access to Telegram, declaring that the service “takes a positive view of the willingness to counteract terrorism and extremism expressed by the founder of Telegram”. The company had “developed a system for averting acts of terrorism, while managing to preserve the confidentiality of communications”, Durov wrote.

Durov to launch a Telegram-based cryptocurrency. Is this true? 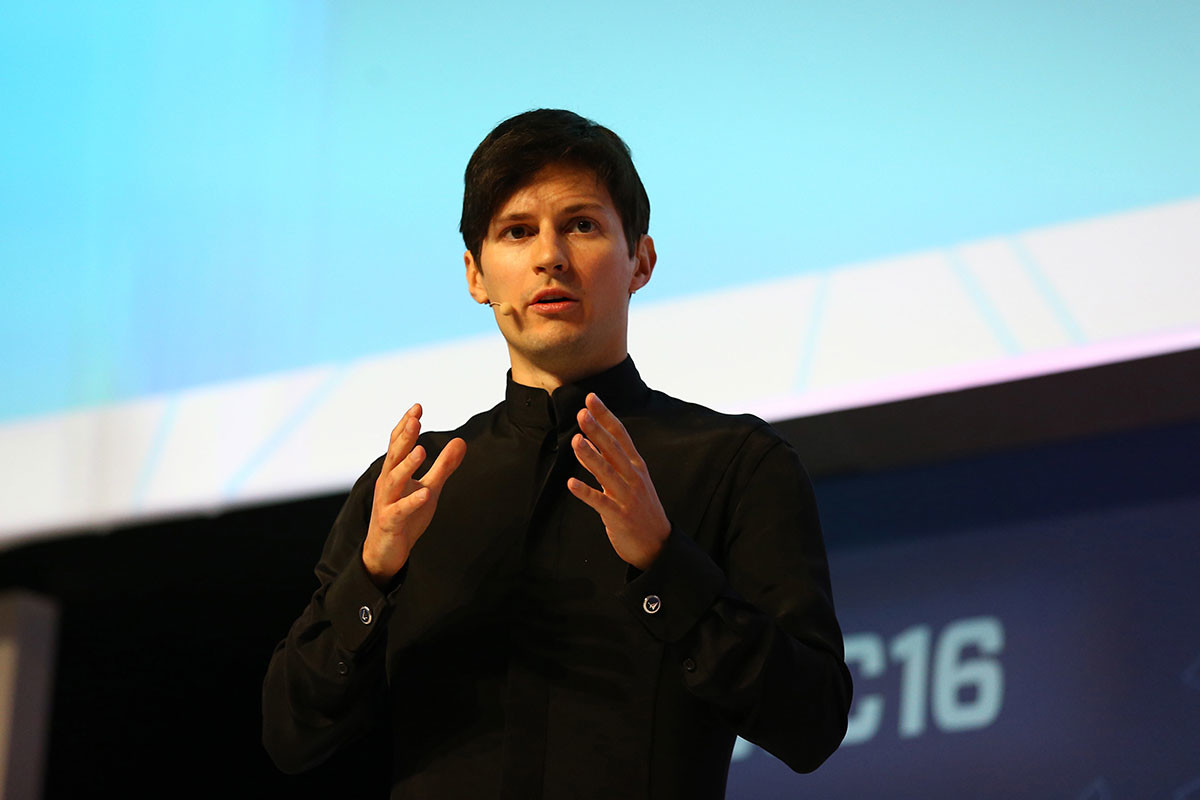 Yes, but not just a currency. Durov had been planning the launch of a whole blockchain payments platform, dubbed ‘TON’ (Telegram Open Network), which would comprise the Telegram messaging app itself, the Gram cryptocurrency and also data storage tools.

In 2018, Durov managed to attract $1.7 billion from 175 investors for the project, promising them a payment of 2.9 billion Gram tokens after they had been issued. The platform was supposed to have been launched by the end of October 2019, but on October 11, the United States Securities and Exchange Commission (SEC) filed a lawsuit in the District Court for the Southern District of New York accusing Telegram of illegally circulating unregistered digital tokens which the SEC classed as securities, not currency.

In March 2020, the New York court ruled that Grams were not a currency, but a security and banned their issue and distribution to investors in the USA and throughout the world. Durov signed a voluntary settlement agreement with the SEC under which he had to pay investors $1.2 billion. In May of the same year, Pavel Durov announced the closure of TON, and in June he paid the entire debt.

What will happen to Telegram now? 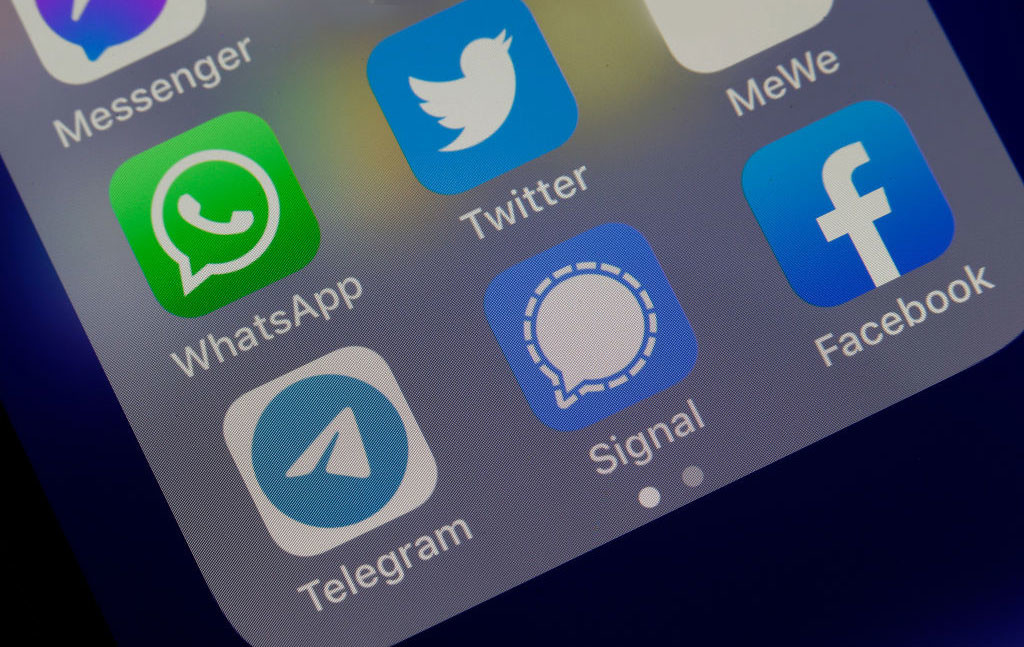 In December 2020, Pavel Durov announced that, from 2021, Telegram was to start earning revenue - according to the app’s founder, the process would be “unobtrusive” and all existing services would remain free to users and there would be no advertising in online chats. Durov plans to make money from additional functions for business teams and for users with more extensive requirements - for instance, paid-for stickers.

“We are going to offer our own advertising platform for channels, ensuring convenience and confidentiality for users while enabling us to cover server and traffic costs,” Durov wrote on his Telegram channel. The platform does not currently regulate advertising on its channels.

In the wake of this announcement, in January 2021, a number of Western investors offered to buy up a roughly 5-10 percent share in Telegram against a total valuation of 30 billion dollars for the company. Durov turned down the approach, The Bell reported, citing its own sources. The website The Information also reported that Durov had been offered debt funding of $1 billion, but he has not taken a final decision on this. According to the news site, the debt could be converted to shares in an eventual IPO, while the cash itself is needed for the expansion and financing of Telegram before a share launch.

If the app is expanding and might be set for an IPO launch, does it mean that everything is fine with Telegram? 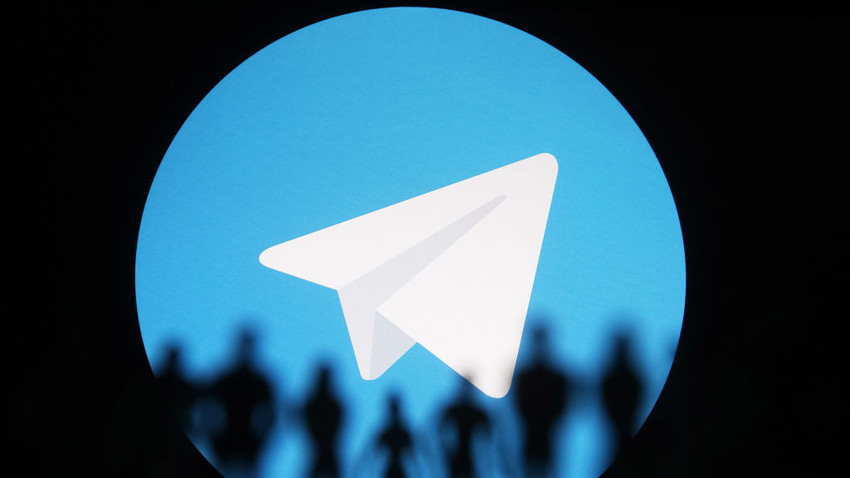 Not quite. There seems to be a real risk that Telegram will be removed from the App Store - and then it would be much more difficult for it to build up its user base.

On January 17, 2021, the American non-commercial organization ‘Coalition for a Safer Web’ filed a lawsuit against Apple demanding the removal of the Telegram app from the App Store, the Washington Post reported. According to the organization, extremist pronouncements were spread on the app in the run-up to the storming of the Capitol on January 6, 2021, and Telegram had taken no steps to block these statements. Durov has not yet commented on the lawsuit, although Russian Federation Foreign Minister Sergei Lavrov has already reacted to it.

“I’ve heard that Telegram has been threatened with losing the means for providing its services. It’s going to be interesting,” Lavrov said.

Pavel Durov himself has hit out at Apple on more than one occasion. In particular, he criticized the 30-percent commission on the sale of third-party apps in the App Store. Durov says that Apple is censoring some apps, monitoring users and forcing app developers to show more advertising in order to make money.

Furthermore, in January 2021, Durov criticized Apple and Google’s decision to remove the Parler app, which is popular among supporters of U.S. president, Donald Trump, from their stores. Durov also called on all users to switch to Android.

“Apple is the more dangerous of the two, because it can completely restrict which apps you use, while on Android you can install self-hosted apps as APKs.<...> As for iOS, we are working on a feature-rich web app which will run in Safari almost as smoothly as the native app. Still not the same thing, but would work in extreme cases...” Durov said.