Check out this new futuristic UNMANNED TRUCK by Kamaz (PHOTOS) 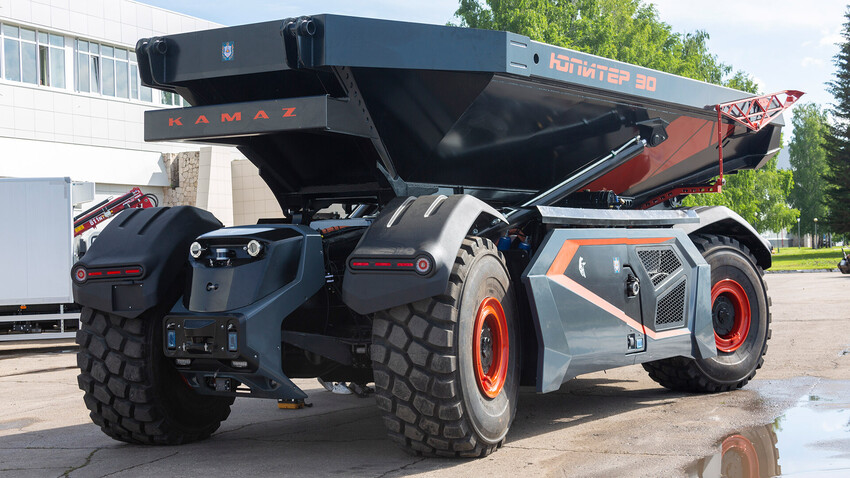 PJSC "KAMAZ"
It’s called ‘Jupiter 30’ and it looks like a beast from a sci-fi movie.

Kamaz recently revealed a new unmanned truck designed for autonomous off-road mining operations. The vehicle has a four-wheel base and a body, but lacks a cabin, since it is not designed to be driven by humans.

The new unmanned truck named KAMAZ-6559, and nicknamed ‘Jupiter 30’, is meant to transport ore and eliminates the need for people in hazardous places like open mines, for example. 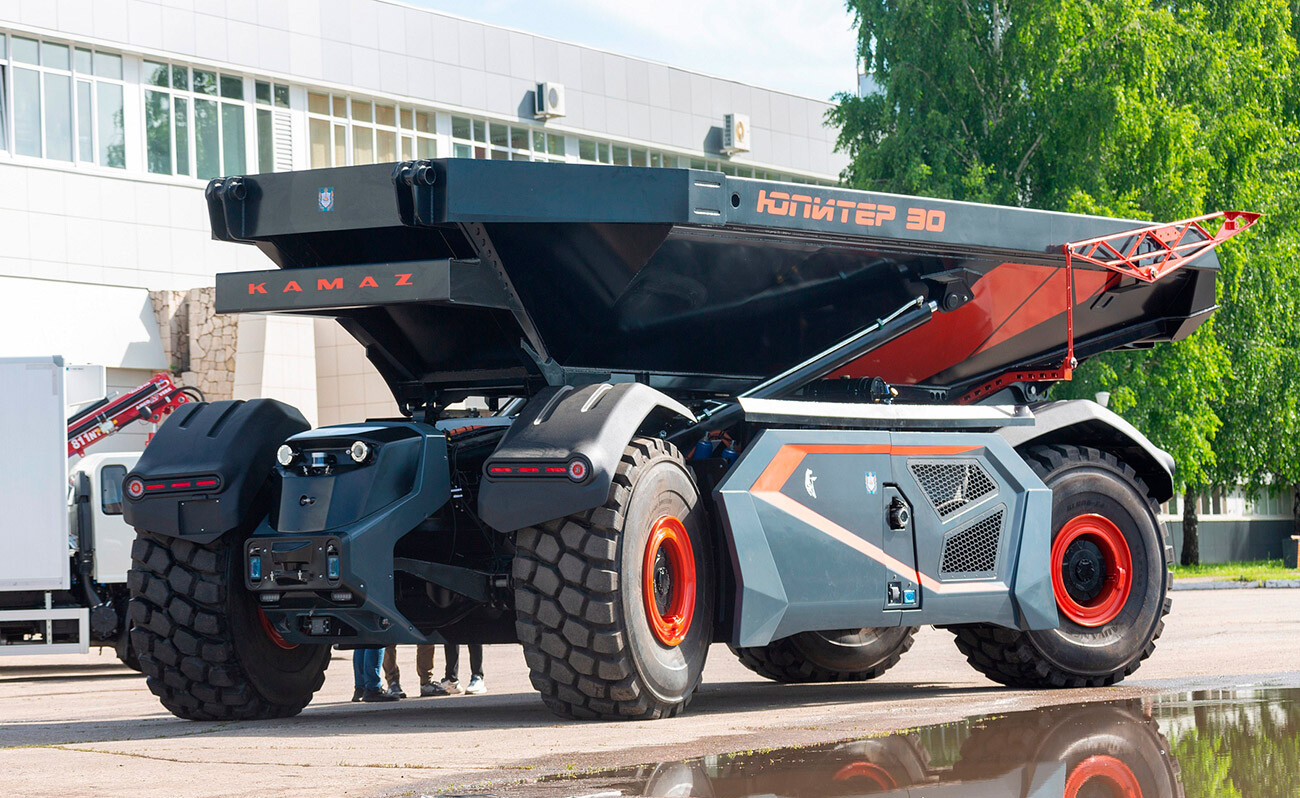 “‘Jupiter’ was originally designed as an autonomous vehicle to work in quarries. It is equipped with all the necessary equipment, such as special dust, dirt, moisture and vibration-protected video cameras, 2D- and 3D-lidars, ultrasonic sensors and radars. It also has GSM antennas and GPS/GLONASS navigation. Both axles are pivotable, due to which the vehicle has good maneuverability,” says Chief Designer of KAMAZ Innovative Vehicle Research and Development Center Sergey Nazarenko. 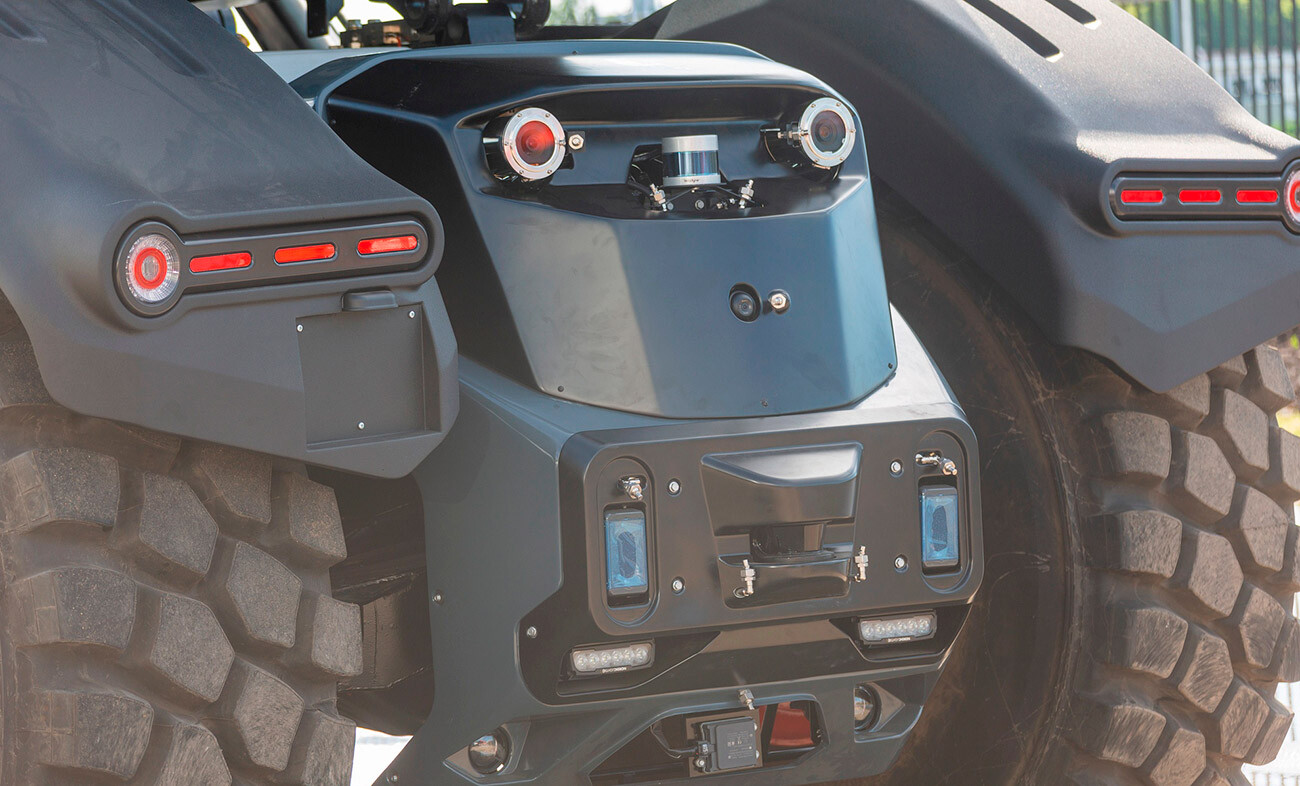 In addition to enhanced maneuverability, the new vehicle can also navigate in shuttle mode: to drive to different loading docks on a programmed loop. This increases the truck’s efficiency and shortens its work cycles. 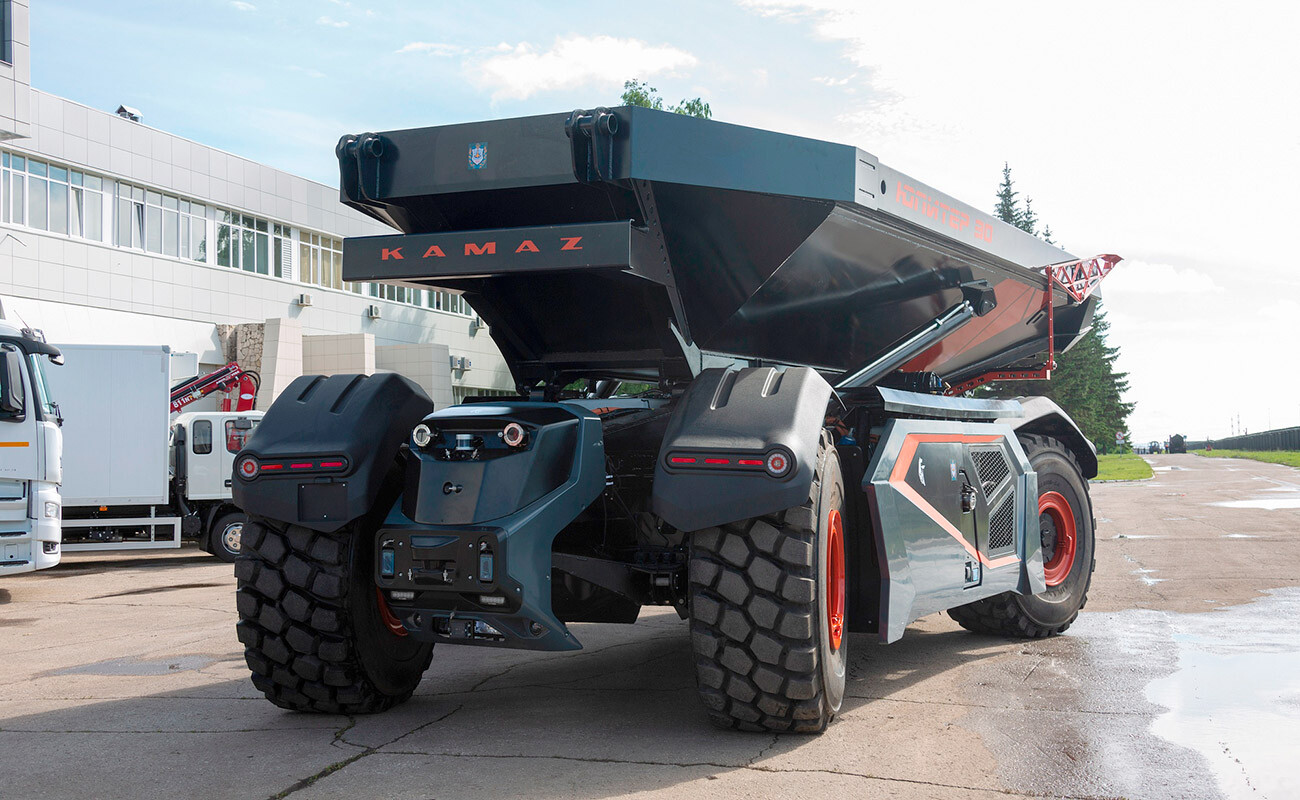 The new Kamaz truck is powered by an 11.9-liter six-cylinder engine. The engine is powered by an electric generator, which also provides power for the traction motor and charges traction batteries. The batteries are designed in such a way as to recharge during breaking down or downhill driving. 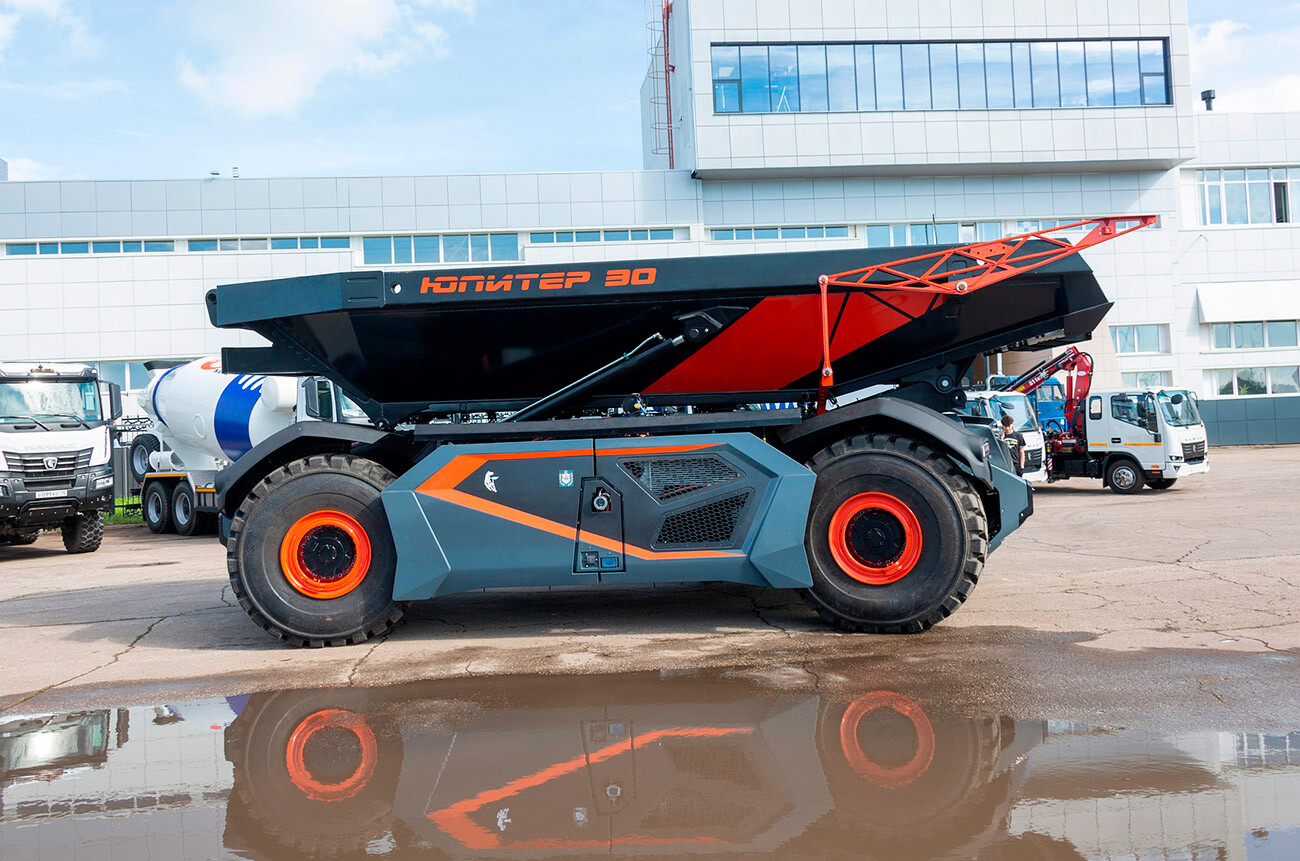 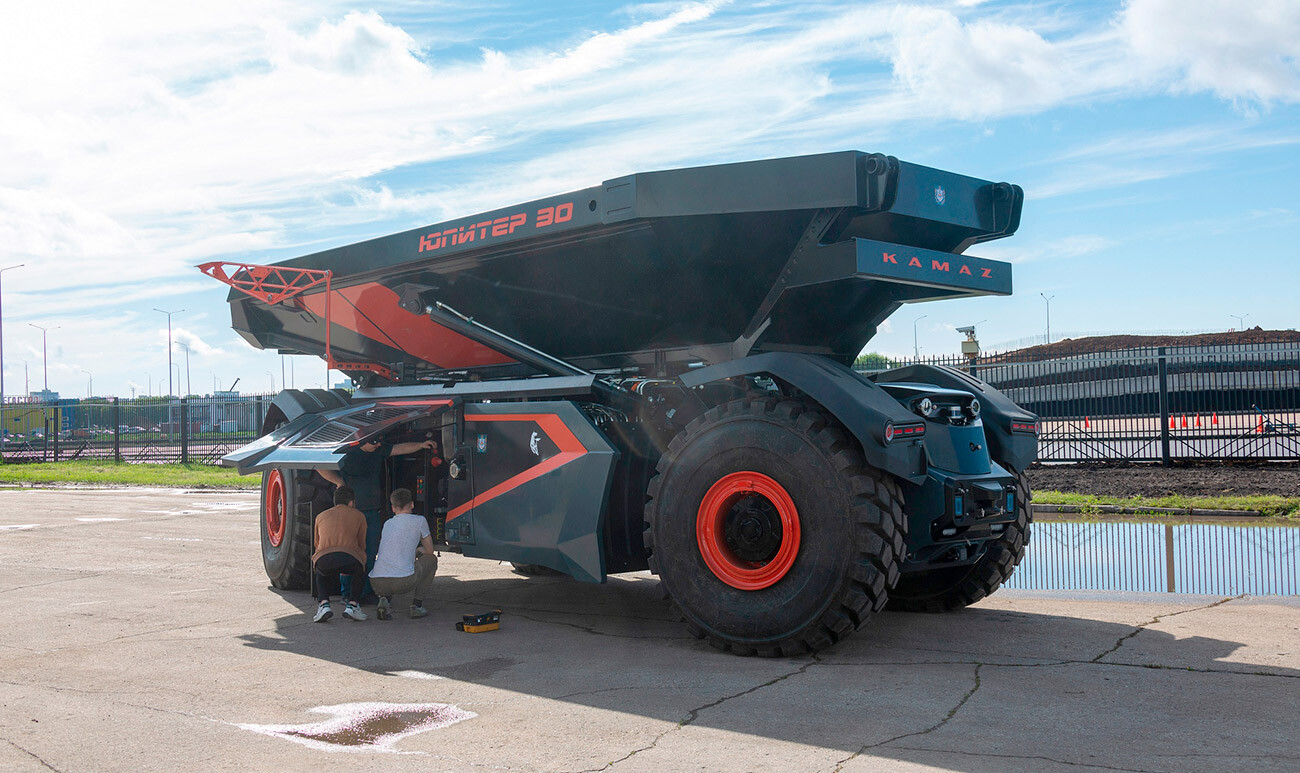 Speaking on behalf of the company, Nazarenko said Kamaz plans to develop more models like this in the future. As of today, the unmanned truck is being finalized so that it can be tested before the company hands it to the Chernigovsky open-pit mine located in Kemerovo Region.

Click here to find out why KAMAZ trucks are said to be the best in the world.