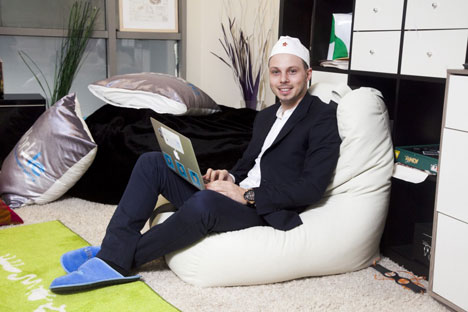 Vladimir Gorbunov founded Workle 4 years ago when he was 24. Now the project helps about150,000 people work from home via Internet. Source: Workle

Workle enables its users to work from home for large insurance, banking and tourist companies. In 2012, the portal reported a turnover of $10 million.

Workle founder, Vladimir Gorbunov, built his business on the assumption that the Internet makes it possible for many specialists to take their work out of the office  and brought insurance and travel services, as well as bank consulting, online. Four years later, the startup has become a $10 million-a-year business.

In 2009, investment product advisor, Vladimir Gorbunov, 24, got stuck in an elevator and couldn’t make it to an important meeting. A customer wanted to open an investment account. From the elevator, he consulted his client using Skype and the idea turned into Workle. 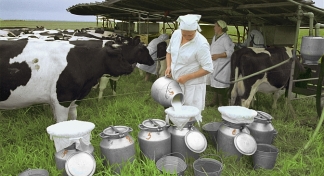 It’s easy to work with Workle. You register on the site, get a job in an online office and become an online representative of one of several partner firms. This way, you can sell these companies' goods and services and get paid a share of earnings.

“We were met with caution in all of the organisations we wanted to work with, especially with larger companies,”  Gorbunov says. “People didn’t understand how the new service worked and said that I was wasting their time.” But the portal became operational and Workle generated about $10 million in revenue in the companies that it worked with in 2012 alone.

Gorbunov was the first investor in his startup. He already had an investment business prior to the online company and he spent his personal savings on it. Workle was said to have raised $3 million in its first round of funding. The Skolkovo Foundation gave Workle another $9 million in 2011 to develop the Internet platform (the startup is a Skolkovo resident).

The top monthly incomes of Workle users keep growing, the company says. “We used to write about a user making $4,000 a month as if something sensational, but we are not surprised to see people earn $6,000 a month now.”

However, the average monthly is about $1,000 - $1,500. Superjob.ru recruitment portal president, Aleksei Zakharov, agrees that people can benefit from Workle. “It is a good instrument for people wishing to try their hand selling insurance policies or loans,” he says.

Workle plans to expand its business and is currently in talks with a Russian investment fund. “The Russian market for online work has a big growth potential. The segments on which Workle is currently focusing have excellent prospects,” says Nord Capital senior analyst, Roman Tkachuk. He believes that Workle has already carved out quite a niche for itself in the online sales of bank loans, insurance policies and package holidays.

Gorbunov plans to increase the number of users to half a million in 2013, and 1.5 million in 2015. Another major challenge is to expand geographically. “In late 2013, residents of some of the CIS countries will be enabled to work online. The next step will be to access the Indian market,” Gorbunov says.

When it comes to businesses for Workle to work with, the company is ready to organise its services everywhere where you don’t use ‘the shovel and the hammer.’ “To promote its business, Workle needs to start selling other services," Tkachuk agrees. “You can sell anything online now, so the sky is the limit.”