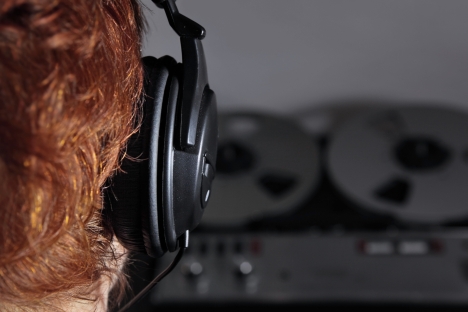 In an attempt to fight corruption the Federal Security Service is going to collaborate with language specialists to find out hidden meanings in conversations and blogs.

The Federal Security Service (FSB) has commissioned specialists at the Russian Academy of Sciences’ Russian Language Institute to look for hidden meanings in conversations and blogs.

The V.V. Vinogradov Russian Language Institute of the Russian Academy of Sciences has made a deal with one of the FSB technical divisions to help the agency analyze conversations and blog posts and reveal hidden messages concerning corruption, Izvestia reports.

The Institute will work out a set of guidelines for analyzing various types of verbal engagement to help investigators probe cases falling under Article 290 of the Criminal Code of the Russian Federation (“Acceptance of a Bribe”).

The researchers will provide FSB agents with practical methods for revealing hidden messages in texts or recorded conversations related to giving or accepting bribes. Specifically, researchers believe the analysis of the semantic and psychological characteristics of texts will show the real relationship between the speakers and expose hidden or false information.

Article 290 of the Criminal Code of the Russian Federation defines bribery as the transfer (in the form of cash, securities, or other property) or rendering of services of a pecuniary nature to an official, foreign official, or an official representing a public international organization personally, or through an intermediary. The offense carries a punishment of up to three years in prison. Accepting a large bribe may double the prison time. State officials or heads of local administrations are subject to imprisonment for up to 10 years.

Representatives of the Institute were not immediately available for comment.

Izvestia addressed its questions to the speech psychology and psycholinguistics laboratory at the Institute of Psychology of the Russian Academy of Sciences, which has developed techniques to reveal hidden messages in speech. Irina Zachesova, a representative of the lab, explained that texts and conversations can be analyzed for hidden meanings only “manually,” as there is no versatile computer software.

“This is possible. A team of specialists is needed to work on a text. Each remark is analyzed; we are working on a classification of utterances,” Zachesova says. “The analysis takes into account the context and the response. We analyze the coherence of the conversation by statistical methods. We also monitor and reveal the intentional characteristics of each statement; in other words, if a person says something but means something else, we will be able to tell.”

Maxim Krongauz, director of the Linguistics Institute at the Russian State University for the Humanities, believes that researchers might come up with some technique, but it will not work. Tatiana Bazzhina, psycholinguist at the Linguistics Department of the Higher School of Economics, also doubts that the new techniques will be effective.

“You can always change metaphorical images and allusions, so it will be very hard to identify a potential bribe-taker. You can only say for sure whether the person in question is a corrupt official when the word ‘bribe’ is used,” Bazzhina says.

Dmitri Spivak, leading researcher at the Human Brain Institute of the Russian Academy of Sciences and founder of linguistics of altered states of consciousness, speaks positively of the initiative.

“You can identify hidden messages in a text because they stand out. You can’t reveal them on the spot, though, and there are no turnkey solutions; but the problem is relevant not only from the point of view of giving and accepting bribes,” Spivak says. “A text can be arranged in such a way as to encourage a person to do something or lure a person. Revealing hidden messages in a text will help identify attempts to ‘zombify’ the other party.”

The article is first published in Russian in Izvestia newspaper.