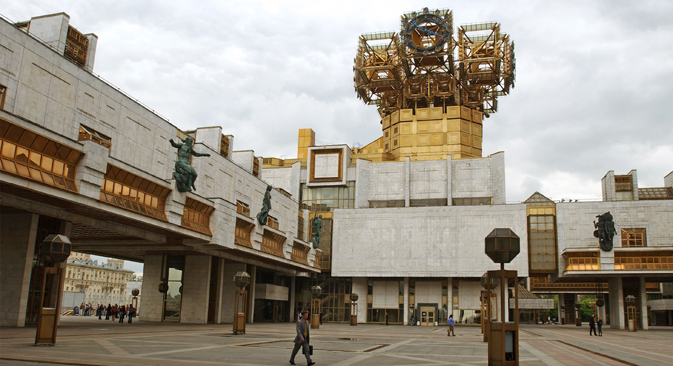 Under the bill, scientific organizations with the Academy will be supervised by an authorized executive agency. Source: ITAR-TASS

Government and scientists will resume debate of the reform bill in September.

On Friday, July 5, the lower house of the Russian parliament passed the bill to reform the Russian Academy of Sciences (RAS), with 344 Duma deputies out of 450 supporting the document in its second reading. The bill caused a storm of protest from the academic community.

Although the RAS reform has been on the table for a decade now, and even the members of the Academy cannot deny that the RAS is inefficient, the government started making active moves to bring about the reform only as late as this June.

On June 28, a week ahead of the lower house’s summer recess, the government hastily submitted to the Duma a bill to reform the Academy, which was established in 1724. No public hearings had been held by the drafters.

The original plan was to push the bill through the lower house before the Duma deputies took an eight-week break; however, amid street protests staged by the academic community, and following negotiations between President Vladimir Putin and RAS President Vladimir Fortov, the third reading has been postponed until the fall.

The document lacks specific arrangements to enhance the efficiency of RAS activities.

Russia’s minister of education and science, Dmitry Livanov, told Izvestia in an interview published before the Duma’s second reading of the bill that, “There will be a chain of various decisions that will determine how research institutions, laboratories and individual researchers are financed; a system of scientific competitions and grants will be developed.”

So far, the reform comes down to the audit of the RAS activities and transfer of property management rights from the Academy to a “federal executive agency authorized by the Government of the Russian Federation.”

At issue are hundreds of buildings currently run by 11 branch departments of the Academy (mathematics, physics, social studies, etc.), three regional divisions and 15 regional research centers. Some of the facilities are located in upscale Moscow districts.

Under the bill, scientific organizations with the Academy will be supervised by an authorized executive agency.

“They wish to have officials run the Academy. What do these officials know about science?” Yury Pivovarov, acclaimed historian and RAS scholar, said when commenting on why scholars have slammed the bill.

Pivovarov also notes the perfect timing of the decision: “They elected the president, the Presidium, many went on vacation, and then this blitzkrieg attack takes place.”

Vladimir Fortov was elected RAS president on May 29, taking over from Yury Osipov, who had been president since 1991. The government had expected Fortov to expedite the reform.

Amid protests staged by hundreds of academics, the government agreed to meet halfway with the scientific community; on Wednesday, July 3, Vladimir Putin offered Vladimir Fortov the job of heading the agency that would “manage the RAS property and perform one of the key functions — to appoint directors of academic institutions.”

Following his meeting with Duma deputies on Thursday, July 4, Vladimir Fortov said that an agreement had been reached that excluded the provision about splitting the RAS into an “academic club” and “research institutions” from the bill.

The Academy will continue running the research facilities. Fortov said that the bill had become “better, more suitable and more useful.”

According to an RIA Novosti report, the six academies comprise about 900 scientific organizations employing a combined staff of 136,000; of that total, 95,000 people are employed by the Russian Academy of Sciences.

The RAS will abolish the titles of “corresponding members” (candidate academics) over the next three years. All of the correspondent members will likely become academics (full members of the RAS).

The government will continue paying 502 RAS academics 50,000 rubles ($1,500) a month and eventually increase all of the new scholars’ monthly salaries to this level.

“I have no personal preferences when it comes to keeping the RAS as it is now, or changing it,” Konstantin Sonin, recognized Russian economist and pro-rector of the Russian Economic School, wrote in his blog.

“During the last 20 years, economics has been shaped outside of the RAS, and, whatever happens to the RAS, the reform will not affect the number and quality of studies in this area.”