Have we passed the point of no return on climate change? 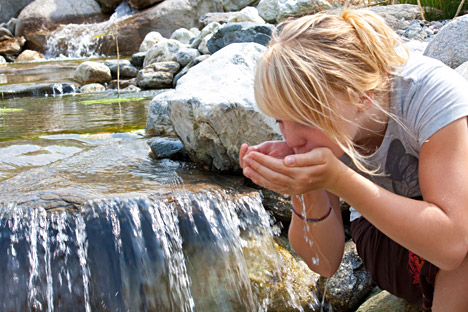 Scientists point out that if the current growth rates of the world economy continue, demand for water by mid-century will rise more than threefold over today. Source: Alamy / Legion Media

The debate about the permanence of climate change goes on, but the effects of warmer temperatures can already be felt.

In an article published in the journal “Nature” in mid-October, British scientists said they had defined a certain “point of non-return” for climate change in any given region. The scientists defined this point as the moment when the highest temperature today becomes equal to the lowest of the future.

According to their research, Mexico will pass this crisis pointing 2031. Russia fares somewhat better: warmth will besiege the Russian capital no sooner than 2063.

Yet the scientific community remains divided on whether the recent warming of the earth’s atmosphere in fact represents a long-term trend or instead is related to normal temperature fluctuations.

The latest statistics on meteorological observations speak in favor of global warming. According to data compiled by Russian weather stations, the average annual air temperature in Russia has risen by 1ºС over the past 100 years, of which 0.4 ºС occurred in the last decade of the 20th century.

And according to forecasts from the Intergovernmental Panel on Climate Change, the leading international authority in climate science, the next 20 years will see temperatures rising by 0.2 ºС on average every decade, while by the end of the 21st century, global temperatures may rise an average of 1.8 to 4.6 ºС.

According to Alexei Gilyarov, a professor of environmental sciences in the biology department of Moscow State University, the melting of Greenland’s glaciers convincingly proves that global warming is a fact.

“This hulking mass of ice is visibly disappearing. And this is very alarming, because fresh water flows into the Atlantic Ocean, threatening to halt the mechanism whereby salt water flows deep underwater from the south, then rises to the surface near Greenland, cools and descends down to the bottom; this is the main driver of the earth’s water circulation, which brings warmth to Western Europe,” said Gilyarov.

Global warming over in Central Asia, cooler period ahead - scientists

Elena Grigorova of the Far Eastern Studies division at the Russian Academy of Sciences hesitates to classify recent climate processes as global warming. “Look at antique paintings: in England, where the temperature is 10ºС year-round, apparently they used to ice skate [according to] pictures from the 16th to 18th centuries. So the climate is fickle, and our knowledge thereof is incomplete and incoherent. The observation period for global climate change is very short, a very limited time interval,” Grigorova said.

While the theory of global warming may be disputed, rejecting the harmful impact of climate change on humanity is difficult. The rising temperature of the surrounding environment creates favorable conditions for the spread of infectious diseases. More critically, changing temperatures could lead to mass migration and fighting over territory.

Scientists at the International Water Management Institute also point out that if the current growth rates of the world economy and global population continue, demand for water by mid-century will rise more than threefold over today, creating a scarcity of potable water in just 20 years.

In Russia, there is no concern over the availability of fresh water. The country ranks first in the world in terms of surface water. Lake Baikal itself accounts for around 20 percent of the world’s freshwater reserves.

Yet Russia has arid regions and is surrounded by countries with a water deficit. How Russia can ensure its own water supplies and provide for agricultural development across its regions while coping with downstream consumers in Central Asia is a question that must be addressed as the world continues to warm.