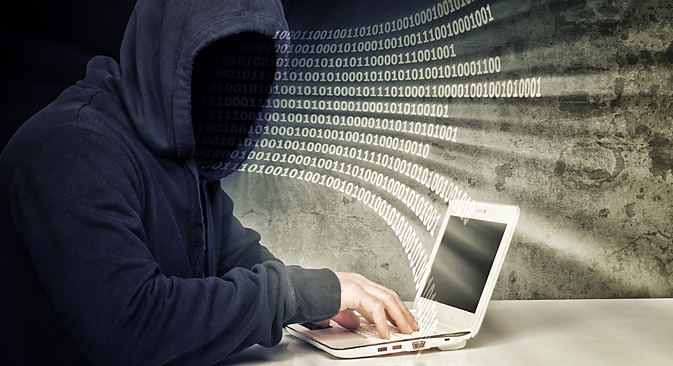 The attacks on websites of Russian companies are associated with the events in the Crimea. Source: Shutterstock

Hackers attacked websites of Russian public TV channels and the Central Bank of the Russian Federation.

On Friday, March 14, hackers attacked the websites of Russian public TV channels and the Central Bank of the Russian Federation. Russian media reported that they suspected hackers in Kiev were responsible for the attack.

Observers and analysts are calling the events “hacktivism” rather than cyberwar. Speaking in Germany at the CeBIT International Exhibition, Yevgeny Kaspersky, general director of Kaspersky Lab, talked about the events of recent days: “Despite the fact that many cyberattacks on the Russian sites of recent days are connected with the events in Ukraine, they could hardly have been organized by the government.”

The Russian Federation Central Bank’s website was down for about an hour on Friday. The bank’s website had “problems due to a hacker’s attack. The Bank of Russia is taking measures to restore the normal mode of operations,” reported the Central Bank press service.

State-run Channel One also collapsed due to hackers’ attacks. The website of the leading TV station was unavailable for about two hours.

Channel One issued a statement on the official page of the VKontakte social network that the DDoS-attack was out of Kiev, Ukraine.

Meanwhile, the representatives of the “Anonymous Caucasus” hacker group took responsibility for the incident. At the same time, the site of another major state broadcaster was disrupted, the All-Russia State Television and Radio Broadcasting Company.

However a statement published on its official Facebook page stated that it was not involved in any cyberattacks, and that the group is “going to fight Russian propaganda, but the hacking of Rossiyskaya Gazeta’s website was not their achievement.”

In early March, Russia Today was the victim of a cyberattack; the hackers reached its portal and added the word Nazi to the titles of all the articles in English. 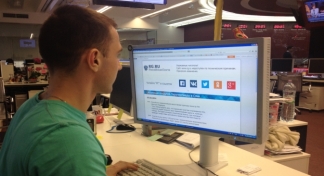 Anonymous Caucasus published on the Cyberguerrilla.org website, stating that its actions are a response to the Russian authorities’ statements and actions against Ukraine.

Anonymous writes that they have managed to infect the computers of Rosoboronexport, Sukhoy Company, UC Rusal, Veles Capital, and others.

The attacks on websites of Russian companies are associated with the events in the Crimea, in particular, the fact that the Federation Council authorized President Vladimir Putin to send troops to the peninsula.