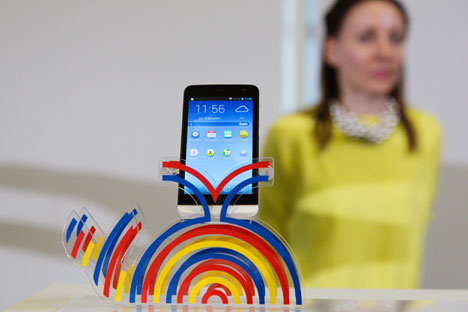 The Russian search giant takes on Google with a software package for smartphones.

Russian Internet giant Yandex has introduced software for mobile phones. This new software package is the latest sortie by Yandex in its war on Google in the Russian market. Yandex.kit is nearly identical to the Android system, on which is it based, with one major caveat – all Google services are replaced by similar Yandex brand services.

The Explay Flame is equipped with a 4.5-inch display with a resolution of 960 x 540 pixels, 4-core MediaTek MTK 6582M 1.3 GHz processor, 1 GB of RAM, 4 GB of internal memory (microSD cards are supported ), support for standard wireless interfaces, an 8 megapixel camera and a 1700 mAh battery.

The new Flame phone from Explay, a Russian manufacturer of digital multimedia technology, will operate with Yandex.Kit software. The Flame will be available for purchase in April for $175.

China’s Huawei brand has also announced the development of a new phone, the Honor 3 Yandex, which will use Yandex.kit. The Honor 3 will also appear on the Russian market this spring.

Yandex’s cooperation with Explay and Huawei, which is unique for the Russian market, will serve to strengthen Yandex’s position locally as well as introduce it to an international audience.

Later this year, Yandex plans to release a tablet version of Yandex.kit.

Yandex began its international expansion in 2011, when it launched its search portal in Turkey. Now Yandex plans to cooperate with the Czech search engine Seznam.

Seznam, like Yandex, leads its local market despite the presence of Google. According to unconfirmed reports, Yandex also has plans to launch its service in Poland.