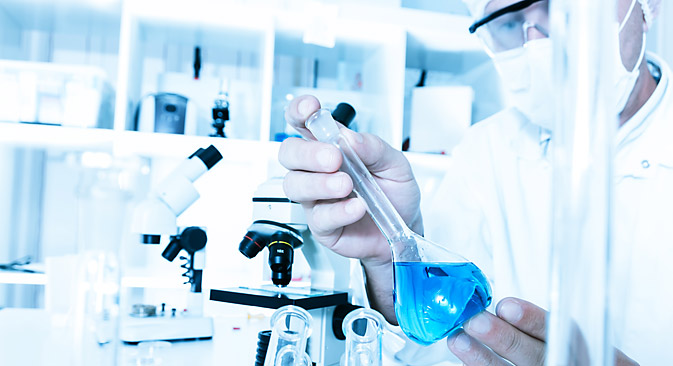 Employees of the U.S. Department of Energy were expected to partake in two major projects in Russia. Source: Shutterstock

The Russian Education and Science Ministry fears that the move "could have a negative effect on research groups in the United States and endanger joint projects of scientists from the two countries."

The U.S. Department of Energy has barred Russian scientists from its leading physics laboratories, Russian daily Kommersant reported on Friday.

"Visits of Russian citizens to Department of Energy facilities, including the Brookhaven National Laboratory, have been suspended indefinitely," the newspaper reported, quoting a letter sent to scientists collaborating with the U.S. leading research center on April 7.

U.S. scientists working for the Department of Energy have been prohibited from traveling to Russia. Exceptions are possible only in three cases, i.e. nuclear security, weapons of mass destruction or top-level national interests.

The letter said that U.S. sanctions did not apply to the Russians who had already arrived in the laboratory or were on their way to the United States at the time the letter was posted. The newspaper said there had been similar letters concerning all other centers of the Department of Energy.

The Department of Energy and the Pentagon did not reply to inquiries from Kommersant, and the Department of State declined to comment on the ban, explaining that diplomats had nothing to do with the new regulations and were not free to discuss the actions of other agencies.

The Russian Education and Science Ministry has not received an official notification from the United States as of yet.

"We are surprised by such initiatives and cannot comment on unilateral sanctions so far," the ministry’s press service told the newspaper.

It also stressed that any sanctions "could have a negative effect on research groups in the United States and endanger joint projects of scientists from the two countries."

"Russian physicists have made a rather weighty contribution to the work of the Brookhaven National Laboratory,” said Theoretical and Experimental Physics Institute laboratory director Vladimir Obraztsov, speaking to Kommersant.

“For instance, our institute constructed a gamma-quantum energy detector for their Phoenix installation. Our scientists are supposed to process the collected data, and being denied access to the laboratory will impair the scientific collaboration project between eleven countries. In fact, the U.S. government is punishing the entire scientific community with its decision," said Obraztsov.

The newspaper added that employees of the U.S. Department of Energy were expected to partake in two major projects in Russia. A scientific project, "Modern Linear Technology", was due to begin at the Sarov Nuclear Center in late April, and a Russian disc magnetic explosion generator was expected to be its central piece.

The involvement of U.S. scientists in the activity of the International Research Center under construction in Dimitrovograd has also been jeopardized, the newspaper said. U.S. researchers were supposed to have access to a fourth-generation fast neutron research reactor. 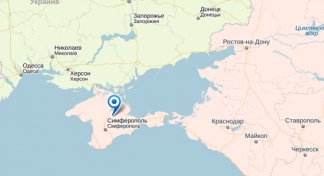 The cartographic fall-out over Crimea

The U.S. Department of Energy operates 17 national laboratories with an overall budget exceeding $14 billion and an overall staff larger than 60,000, the newspaper said. As of 2012, at least 2,000 Russian citizens were working in those laboratories on a permanent basis and several thousands arrived yearly on short-term scientific missions. In all, in 2013 the United States was visited by 6,700 Russians with J visas (given to visitors participating in cultural and professional exchanges) issued mostly to scientists and postgraduate students.