Russian entrepreneur to revive Hot or Not in the United States 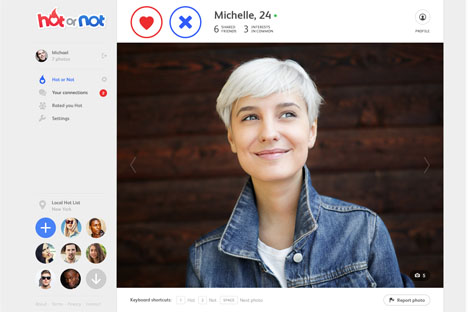 Dating site will be upgraded for a mobile platform. Source: Press photo

Badoo founder Andrey Andreev is bringing the dating site Hot or Not back to life in the U.S. with a redesigned format for a mobile platform. Andreev says that for the time being the goal is to carve out a share of a market projected to be worth $2.7 billion in five years.

Andrey Andreev, the Russian entrepreneur responsible for creating popular social apps such as Badoo, is reviving the dating site Hot or Not in the United States.

Andreev has been trying for several years to enter the U.S. market’s complex and oversaturated online dating industry with the help of his social network Badoo, which has proven to be popular in Europe and Latin America. Now the entrepreneur has decided to re-launch Hot or Not (which he bought in 2012) on a mobile platform.

The website Hot or Not, which allowed users to rate the attractiveness of photos submitted by other users as either “hot” or “not”, appeared almost ten years ago, and quickly became an internet hit. It had a similar predecessor, which was created by Facebook’s Mark Zuckerberg. When he was still a college student, the founder of the world's biggest social network created a program to rate his classmates at Harvard on their sex appeal.

The new version of the game allows users to vote on the most (or least) attractive nearby users and rate them accordingly. In addition, the app gives smartphone users the opportunity to see who from the most attractive list is nearby when they are at a bar or a concert. If two users mark each other as attractive, the app lets them contact one another. Hot or Not also has a function that allows users to rate celebrities during big events like the Oscars or championship games. 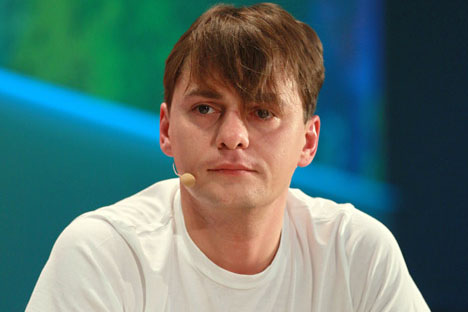 The application has been downloaded 10 million times in the U.S., and it is attempting to make inroads in the local market against leaders such as Tinder (which has a daily audience of 10 million people). The market is a profitable one; according to research firm IBIS World, the online dating market is growing at a rate of 4.9 percent each year and is projected to be a $2.7 billion market within five years.

Andreev’s other service, Badoo, is able to "speak" 30 languages and is ​​available to 214 million users in 180 countries. In the U.S., the service, according to IBIS estimates, took up less than 1 percent of the market as of September. The new owner of Hot or Not has high hopes for his new endeavor.

"Our goal is to take over the American market. Badoo earns enough; it is now estimated at $1.5 billion,” Andreev explained to RBTH. “So we can afford to take our time developing Hot or Not. We don’t have to think right away about monetization. Our main goal is to increase our market share. We’ll figure out down the line how to monetize the app. When it comes to that, we have more than enough experience."