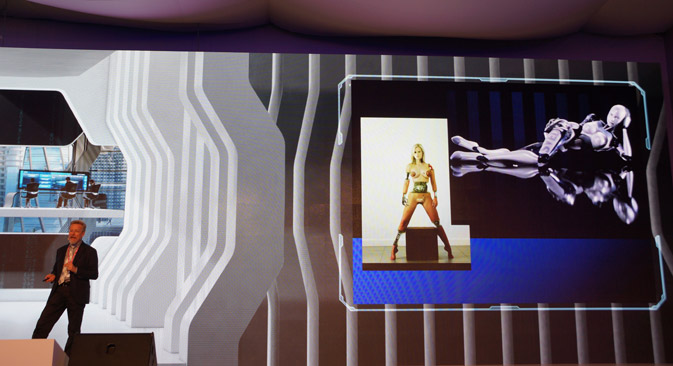 Cars without drivers, flying buses and trucks, electric vehicles, and robots you can befriend and have sex with are no fantasy. At a trade fair in Yekaterinburg, leading global auto designers and futurologists said that this is our future, and we should start getting used to the idea now.

During the forecast session at the Innoprom international industrial trade exhibition, which took place in Yekaterinburg (870 miles east of Moscow) in early July, futurologists predicted the development of technology over the next few years.

The cars that we have gotten used to will become obsolete in the next 10-15 years. The classic car industry as we know it will cease to exist, along with the occupation of “auto designer”, which will be replaced by “mobility designer”.

This forecast was made by Chris Bangle, a famous American auto designer and the chief designer at BMW in 1992-2009. He is the head of one of the most famous design studios in the world, Chris Bangle Associates.

The cars we have now are too complex, too cumbersome, and expensive. They do not perform all the functions required for total freedom of mobility. Soon, the concept of an expensive car as an indicator of success and sexiness will become unnecessary and unfashionable.

According to Bangle, young Americans are no longer purchasing cars in the same quantities their parents used to. In Germany, young people consider those who drive cars to be silly and out of touch with the latest trends.

According to him, flying cars are the future. Buses will fly over cars and drop passengers off with the help of special ramps, and air trucks will be able to move heavy loads.

Self-driving cars, which Google and other companies have already been experimenting with, will soon be mass-produced. Depending on the wishes of the driver, the car will be operated by either a steering wheel and gear-box or with the help of a driverless system.

The cars of the future include gyroscopic (two-wheeled) models, as well. American company General Motors, for example, has developed a prototype for a two-wheel car that is designed for one person. If the driver wants to increase speed or add a passenger, extra wheels can be added to the vehicle. A total of eight wheels allow the car to travel at a speed of up to 186 miles per hour.

Murat Gunak, who used to be the lead designer at Volkswagen AG, Peugeot, and DaimlerChrysler AG and is now the head designer at MIA Electric, a company that is developing new generation electric cars, believes that the concept of "horsepower" and "driving license" will soon disappear as automakers move to new car navigation principles (pedals, for example).

According to Gunak's forecast, the vehicle of the future is a bioelectric car, a combination of human and electric energy.

“A car is one of the most emotional products in the world. I want to create new ways of transportation and mobility while taking care of our planet’s environment,” the futurist said.

Robots with the grace of strippers

But the next Henry Ford will most likely be a robotics guru, not an auto developer. Futurists think that breakthroughs in the near future will all be connected with artificial intelligence.

As of today, the size of the robotics market is worth no more than $25 billion. This figure is less than the market size of the global greeting card industry – such was the provocative statement made by ​​Chris Bangle. However, robotics has the potential to grow into a huge industry in the long term. 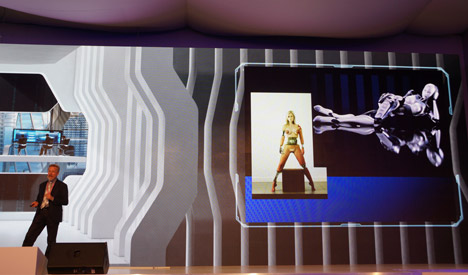 Could robots be attractive to people? Source: Darya Kezina

Robots are already here: They vacuum carpets, mow lawns, run in offices, and people are planning to use them in health care and to take care of the elderly. In the future, futurists think that we can expect to see robots that we will be able to make friends with and even have sex with.

“Robots can be made sexually attractive so that people want to see them nearby and even take care of them. I want robots to move with the grace of a stripper on a pole, instead of like clumsy pieces of iron,” Bangle said to the audience with a wink.

Sergei Radchenko, the executive secretary of the Sverdlovsk futurologist organization of the Russian society Znaniye and an expert on industrial robot applications, told RBTH that there are currently two main trends when it comes to robotics development in Russia: improving classic cars and the development of a new type of vehicle, which is a cross-breed between a helicopter and an airplane.

According to Radchenko, the use of new materials - carbon fiber and composites - will make it possible to reduce the weight of vehicles. The expert also expects the use of robotic systems, flexible manufacturing systems, and 3D-printing technologies to become widespread in Russian industry.