Aiming to secure the cyberfuture 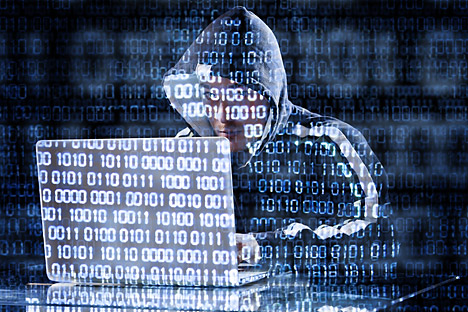 International security in the field of ICT is possible only on the basis of cooperation between states. Source: Shutterstock

As a country at the forefront of both cybersecurity and cyberattacks, Russia is working with the international community to formulate a protocol for cooperation in the field of information warfare.

During a recent forum entitled Internet Business in Russia, Russian President Vladimir Putin said that Russian programmers are the best in the world and urged participants to work hard to maintain the country’s high level of IT training.

Putin noted in particular the importance of high-quality Russian mathematical education in preparing future programmers. Thanks to this strong training in math, Russia’s Kaspersky Lab has become one of the world’s leaders in cybersecurity.

But while Kaspersky Lab is recognized as a global leader in fighting cyberattacks, Russian programmers are also known as talented hackers responsible for a high number of cybersecurity threats.

Despite Russia’s impressive potential in cyberspace, the number of cyberthreats emanating from the country is not the result of state policy. States mostly engage in cyberespionage rather than cybercrime and the associated types of hacking.

According to Andrei Krutskikh, the president’s special representative for international cooperation in the field of cybersecurity, Russia is committed to fighting cyberthreats, and the country’s primary goal is to create rules for the international legal regulation of cyberspace.

Russia was the first to initiate discussion about international cooperation on information security, introducing a draft resolution at the United Nations in 1998. Of note is that Russia, unlike Western countries, prefers to use the term “information security” over “cybersecurity,” because in the opinion of Russian analysts, information security incorporates a wider set of sociopolitical and ideological questions about the use of cyberspace in addition to technical ones.

Many international documents use the term “secure use of information and communications technologies” in order to avoid taking sides in the debate.

According to the Russian Foreign Policy Concept of 2013, Russia intends to “work for the elaboration of rules of conduct in the field of international information security” within the framework of the United Nations. Russia’s overall goal is to ensure the demilitarization of cyberinformation.

A resolution on the development of rules, principles and norms of responsible behavior in the information field was adopted by consensus during the last session of the U.N. General Assembly. Despite this resolution, however, the United States does not agree with the Russian approach to information security or its perception of global cyberwarfare. Because of these disagreements, Russia has recently been working to promote its view of information security through regional organizations, such as the Shanghai Cooperation Organization.

International security in the field of ICT is possible only on the basis of cooperation between states. The origins of cyberattacks should not detract from the larger issue of working together, since the absence of cooperation could lead to even greater dangers.

The origins of cyberattacks are often unclear, and there is the potential for a state subjected to a cyberattack to react with conventional weapons, creating an armed conflict. A greater role for the U.N. in negotiating agreements seems to be the best way forward to prevent the militarization of the online environment.

Elena Zinovieva is a professor at the Moscow State Institute of International Relations (MGIMO).