Facebook beyond the grave: Are Russians ready for digital immortality? 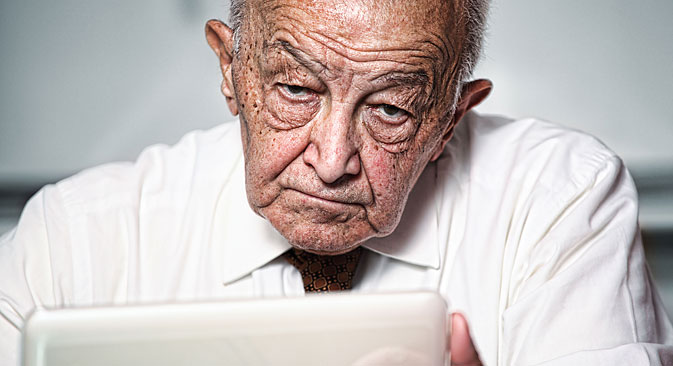 Internet will take care of your online life after the death. Source: Alamy / Legion Media

Soon it may be possible for people to not only bequeath their capital, but also the right to manage their social network account. Besides farewell letters, their families will also receive notes with logins and passwords. RBTH correspondent Sofia Savina found out what Russians think about services that let ‘digital life’ continue after physical death.

Over the last ten years or so, social networking has become a part of everyday life for many internet users, and But what happens to a person’s social network profile after they die?

Typically, deceased users’ pages become ‘dead profiles’, though they are usually only deleted at the request of a family member. Sites such as Facebook and its Russian equivalent Vkontakte already have vast numbers of such profiles, along with special memorial pages set up by friends of the deceased. Facebook now even offers to ‘memorialize’ the profile of a dead user.

Yet a growing number of internet services offer another option: To keep your friend or relative’s social network profile active after their death.

One of these services, LivesOn, provides an answer with one of its advertisement slogans: "When your heart stops beating, you'll keep tweeting." LivesOn promises to continue your Twitter account even after you are no longer alive. Moreover, the electronic mind will generate new messages, revealing subjects that interested users when they were alive, as well as the words they frequently used.

For those who are afraid of entrusting a robot with their digital afterlife, there are less drastic alternatives. For example, Legacy Locker advises clients to designate someone who will have the right to access their accounts after their death.

Other companies, such as Deathswitch, offer the service of a deferred letter. The user composes a farewell note (or video) with his last words, a love letter or financial information, which will be sent to the addressee of his choosing as soon as the computer determines that the user's internet activity has ceased.

Russia also has a resource that internet users have called a “social network for the dead” or a “virtual cemetery” - the Pomni Pro virtual memorial. Pages on this social network are created by the deceased's family or loved ones. The deceased's profile provides space for photographs, his biography, and every visitor can leave words of gratitude or even an electronic gift on a memory wall.

Reviews vary. Some thank the network's creators: "Our life is becoming inextricably tied with the virtual world, therefore this memorial is justified. We are leaving memories of our loved ones for ages in electronic form; perhaps their grandchildren will know about their ancestors."

Someone adds: "My son is buried in Novosibirsk, while I live in the suburbs of Moscow. Thanks to you I can visit his grave every day." Others are not so content: "This site cannot remove the grief and the loss, but it can definitely create psychological problems." Some even ask when there will be a section for animals: "When will I be able to bury my cats?"

‘It's not really a Christian thing’

However, these services are not very popular in Russia. "After I'm gone, activity on my social network page would frighten my family and friends,” explains Ilya, a 24-year-old student. “It would be a constant reminder of grief. I’m dead, but put messages on my page anyway? It's not really a Christian thing." Pavel, a 48-year-old art director, agrees: "If someone is seriously considering this, then I think it's savage and blasphemous."

Alexander Voiskunsky, an expert on the internet's influence on the human mind and a pioneer of Russian cyber psychology, does not believe that these services will became mass oriented: "There are really not that many out there of my age and older [Voiskunsky is 67],” he says, arguing that they would be the ones interested in these services. “Most young people don't care much about what happens after their death."

Another factor that, according to Voiskunsky, could prevent such services from becoming successful is that in Russia people do not pay the necessary attention to the spiritual side of testaments. "The Russian's desire to put his worldly affairs in order and prepare himself for the transition into the afterlife is natural, however, apathy often wins out," he concludes.

Not an end, but a new beginning?

And yet in Russia there are people who welcome the idea of digital immortality. Some have a pragmatic approach. "A page as a testament - that's interesting," says Vladimir, a 22-year-old student. "For example, some famous blogger could bequeath his page to his son as a family business."

Others note the potential positive psychological effect of such services. "I would use the service that offers the possibility of a gradual posthumous publication of the posts I prepared in advance," states Vladislav, a 25-year-old businessman. "I could support my family with my messages. People get used to death itself, but the impact of a sudden death can really have bad consequences on the minds of one's family."

Yulia, a 35-year-old yoga instructor, has a more philosophical attitude: "I’d like a site like this to be able to instill light and hope into the users' souls, so that they would think: Is this really the end or just a new beginning?"