Russian high-tech made for global consumption 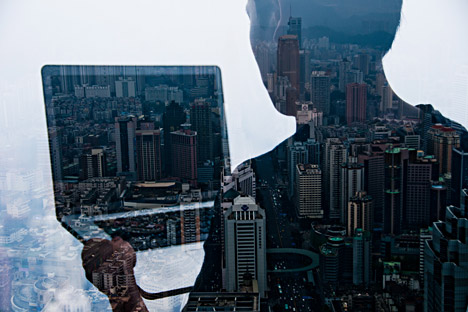 The Russian Venture Company (RVC) will invest in a program to support the export of Russian high-tech production. By 2020 Russia plans on increasing its IT services and solution exports from its current $4 billion to $11 billion. Experts think that a more active commercial campaign, as well as the achievement of peace in Ukraine, can help their developments.

The Russian Venture Company (RVC) will invest in a program to support the export of Russian high-tech production. By 2020 Russia plans on increasing its IT services and solution exports from its current $4 billion to $11 billion. Experts think that a more active commercial campaign, as well as the achievement of peace in Ukraine, can help their developments.

Russia is again trying to liberate itself from the so-called "oil curse." Until recently natural resources constituted the country's main export sector. Apple, for example, uses Russian gold and rare minerals, and in return sells Russia tablets and other gadgets that cost much more than the original raw materials. Tech-savvy countries influence the market and have more power and money. And Russia hopes to join them.

The overall volume of Russian exports in 2013 surpassed $844 billion, of which $4 billion came from the sale of technologies. "Russia is in a situation where raw materials make up a disproportional part of the export system," says Alexander Potapov, RVC's Deputy General Director and its Executive Director. "We face the challenge of increasing exports of the non-raw material sector."

Entering new markets: where to go?

According to Potapov, the strongest and most profitable segment in Russia's technology export sector are companies working in IT solutions and production.

"The IT segment is capable of augmenting the competitiveness in foreign markets of companies from other sectors," says Potapov. "Another industry that has lots of potential is biotechnology. There are many points of growth when various sectors merge, such as IT and biotechnology. We intend to focus precisely on these two sectors."

RVC hopes that its future partners will assist in researching national markets and sectors that show a potential demand for Russian technologies.

Currently, technologies are mainly exported to Asia, in particular to South Korea, Singapore and China. At a lesser level they are exported to Europe and the USA, markets that are more difficult to enter due to higher levels of competition. Recently, politics have also influenced the development of business.

"Making new deals is becoming harder," admits a representative of one of Russia's technology companies. "The international situation is heating up. And even though the sanctions don’t affect us, no one knows what will happen later. The conflict in Ukraine definitely does not help the growth of our technological export to Europe and the USA."

Russian exporters of technologies are not limited to giants such as the Kaspersky Lab. There are smaller innovative companies that have the potential to offer the world unique products. They all reinvest a sizeable part of their revenues in research and development.

Armada, Biocad, Interskol, IT Group of Companies (I.T.Co), Elar, Geropharm are all firms that have ambitions that extend beyond the Russian market.

"In general there is a demand abroad for our biosimilars and original drugs that fight virus infections such as hepatitis C and HIV," says Denis Kovalev, Deputy Director of the Department of Business Development and International Collaboration at Biocad.

"In 2013 and 2014 we concluded a series of deals with Turkey, Brazil, countries in south-western Asia and with countries in the north and south of Africa. We are also working on new drugs with our American partners and negotiating with Chinese companies."

In Kovalev's opinion, today's Russian biotech companies have obtained a high level of development. Their original products are often cheaper, but of a similar quality to those of leading international companies. However, it is rather difficult to overcome regulatory barriers.

The Mobile Sputnik product by I.T.Co provides multi-screen user interfaces for use on tablets with iOs and Android systems available with Samsung, Citrix and Good Technology applications

"Impediments are not always related to the products' safety," Kovalev says. "Often it is the result of lobbying firms and high-profile associations in one of the countries."

Recently I.T.Co implemented a project for the development of cloud information systems for a large English medical company.

"More and more clients turn to us to consulting services," says Dmitri Vedev, Marketing Director at I.T.Co. "In order to enter highly competitive foreign markets, it is necessary to create a really innovative and stellar product."

According to Vedev, Russian companies do not have enough experience working in foreign markets or the knowledge to effectively promote their technologies. Companies do not fully understand the consumer mindset and do not have adequate connections in the business world.

However, the government can foster the growth of high-tech export by representing Russian IT companies at important international events.