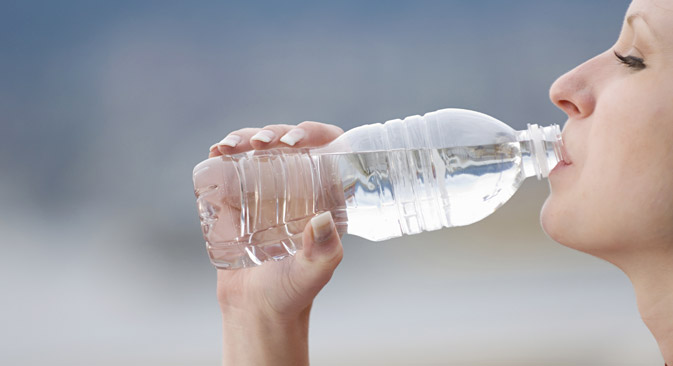 Water pollution in Russia, according to Greenpeace, continues to be widespread. Recently, however, companies offering new customized solutions for water purification have appeared on the market. One of them was established by former suppliers to Gazprom.

Every third sample from sources of drinking water in Russia fails to meet acceptable standards due to chemical contamination, according to Russian consumer watchdog agency Rospotrebnadzor. Moreover, nearly half of Russia’s population lacks safe drinking water. As recently reported by Greenpeace, water pollution is widespread: “Thousands of companies have dumped dangerous chemicals into rivers and lakes, and these pollutants are inevitably absorbed into the human body through water and food.” According to Greenpeace, “Companies are not adopting clean technologies, and the government is ineffectual when it comes to preventing criminals from poisoning the water.”

At the same time, in recent years the number of companies in Russia that offer unique technologies for purifying water, including water with radioactive contamination, is increasing. In late August, RosRAO, a subsidiary of Rosatom, qualified to participate in research to determine the technologies that will be the most effective in purifying the polluted water from the Fukushima-1 nuclear power plant. The Japanese government will invest more than $9.5 million in this research.

The Novosibirsk Institute’s new technology is an ejector-dispersant that stirs the water intensively, saturating it with oxygen. The system has no mechanical moving parts, and as a consequence will save a significant amount of energy. Moreover, it will reduce the amount of hypochlorite needed to oxidize iron and other impurities. Aquifer will oxidize all light impurities with air and kill bacteria through electrolysis. Earlier, as a rule, similar technology was used in large-scale water treatment systems. The Aquifer system is unique in that it can be used by smaller companies that consume 20-50 cubic meters of water per day.

The Aquifer idea came to Pyotr Mikheev at the beginning of the 2000s, when he and two of his partners were supplying water treatment equipment to Gazprom camp sites. “We got together $100,000 in personal funds to launch assembly plants,” Mikheev said.

In order to make water potable, there are several classic methods: chlorination, ozonation, UV treatment, ultrafiltration, and electrolysis. Unfortunately, chlorine is dangerous to store, transport, and use because it is a poisonous substance.

Since the end of the 20th century, ultraviolet light and ozone have been used in purification. But ozone is poisonous, and ultraviolet light purifies water only near the source. Already within a meter and a half, nothing of this effect is left in the water flow. Therefore, when using this method, a chlorination installation has to be added to the purification cycle. Ultraviolet lamps are longitudinally complex, and the surfaces require constant cleaning. Electrolysis is still the safest and most effective method of disinfecting.

There is another technological subtlety used in the system. The developers combined electrolysis with dispersion (stirring water) and dramatically increased the efficiency with which impurities are oxidized. This is important, because water from underground sources is usually almost free of bacteria but contains a significant amount of iron and other impurities that must be oxidized.

Usually in large water treatment plants, this is done with the help of oxygenation or by a catalyst, oxidizing iron. But these methods have disadvantages: catalyst loading is expensive and requires constant replenishment, while oxygen saturation requires an electric compressor to be constantly running. This makes for high energy costs. But then came the convenient solution invented by the Novosibirsk Institute of Mining.

The Aquifer is installed in modules, or “cubes,” depending on the composition of the water and the purification requirements. If, for example, desalination is necessary, it is added at the corresponding stage. If the water is underground, the decontamination unit is removed, or the deferrization module if the water is on the surface. The technology can be used not only for potable water supply systems, but for treating domestic and industrial wastewater and swimming pools.