Computers in the USSR: A story of missed opportunities 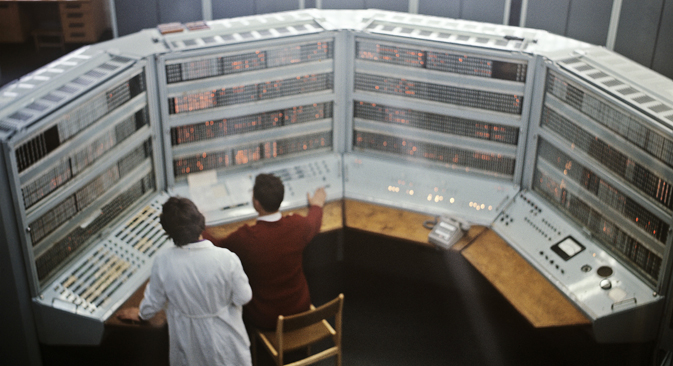 The Soviet computer industry underwent rapid development until the beginning of the 1970s, when the government effectively curtailed innovation in this area. Some of this knowledge is still so valuable that it remains classified.

Immediately after World War II Stalin’s government began to recognize the need to achieve a technical breakthrough in industry and science as the burgeoning Cold War required the mobilization of the nation’s intellectual resources.

By the early 1950s the USSR had established a modern computer industry. However, by the beginning of the 1970s, the Soviet government decided to put a stop to these unique developments and resolved to pirate copies of Western systems instead. As a result, an entire industry’s progress was halted.

First steps: From the USSR to the future

The first steps toward creating a small electronic computing machine (MESM) were made in 1948 in a secret laboratory in Feofaniya, near Kiev. The work was overseen by Sergei Lebedev, at the time Director of the Institute of Electrical Engineering.

Personal computers were produced by the Kiev Institute of Cybernetics in the 1960s in a series including the Mir-1, Mir-2 and Mir-3 computers. These were full-scale personal computers with all the necessary features, memory and the capability for use in industrial production facilities of the time.

The original computer systems in the USSR were not unified under a common standard, even within the confines of a single series. Modern computers could not “understand” their predecessors. The machines were incompatible based on criteria like digit capacity and peripherals. Because of a lack of unified standards and a misguided development strategy, the Soviet computer industry had begun to seriously lag behind by the beginning of the 1970s.

Andrey Ershov, one of the founders of computer technology in the Soviet Union, openly stated that if Viktor Glushkov had not ceased developing the Mir series, the world’s best personal computer would have been created in the USSR.

In 1969 Soviet authorities decided to terminate these developments and start creating computers on the basis of the IBM/360 platform. In other words, they decided to pirate Western systems. “This was the worst possible decision,” says Yury Revich, a historian and programmer. “The Soviet government and partly the builders themselves were to blame for the fact that the industry ceased to develop independently. Each group cooked in its own juices and the regime of secrecy made it easier for several technological solutions to be borrowed from Western scientific journals.”

In Revich’s opinion, this caused the Soviet computer industry to lag behind. By the time the USSR launched its first ES EVM mainframe in 1971, the U.S. had already transitioned to the next-generation IBM/370.

“Developers had to perform a momentous amount of work – no less than they had to do to create computers from scratch – including translating the programs and much more,” Revich explains. “But the result was totally inadequate. World science lost a lot because of that decision.”

In the 1980s the computer industry stagnated. “I caught the end of the 1980s and the beginning of the 1990s when there were two or three types of computers in the country,” recalls Maxim Moshkov, the founder of Lib.ru, Russia’s first electronic library. “At work I had two boxes the size of an office desk, 1.5 meters tall, that handled ordinary wage calculations for employees.” He explained that the boxes contained 16 megabytes of RAM and were maintained by a 15-member team of programmers, administrators and technicians. “Foreign computers worked in a similar way,” Moshkov added.

Many masterminds behind Soviet computing moved abroad. Vladimir Pentkovski, who worked at the Lebedev Institute of Precision Mechanics and Computer Engineering, became the leading microprocessor developer at Intel and it was under his leadership that the company created the Pentium processor in 1993.

Pentkovski used knowledge acquired in the USSR to assist in Intel’s developments. By 1995, Intel had launched the more modern Pentium Pro processor, which in terms of its capabilities was close to the Russian El-90 microprocessor of 1990.

From 2007-2010, when the government started to actively finance the sciences after a 15-year hiatus, Russian and Belarusian scientists jointly created the SKIF supercomputer series (SKIF is the Russian acronym for SuperComputer Initiative Phoenix).

This machine is made up of three types of computational nodes and processors with varying architectures. The supercomputer is used to solve resource-intensive computational science problems with the development of algorithms and software for powerful computing systems. Lomonosov is among the Top 500 most powerful supercomputers in the world.