Fast growth appeal vs. the pressure of sanctions 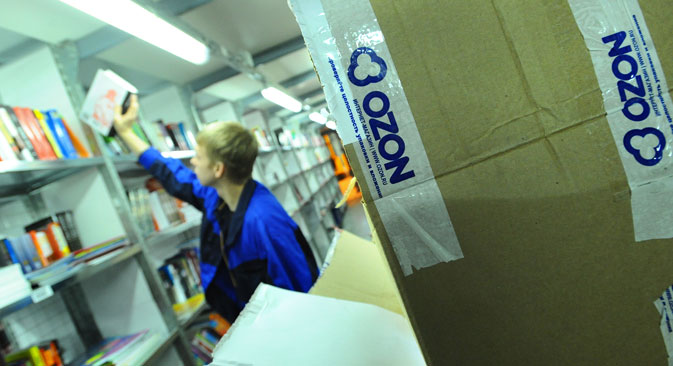 Russian startups, however, still have a range of financing possibilities. In the field of e-commerce, the recent deals with Wikimart.ru and Ozon.ru – which received $150 million this past spring from Russian companies AFK Sistema and MTS – prove that a lot of money is available from domestic players. Source: TASS

Some Western venture capitalists have stopped operations in the country, but others have expressed a commitment to continue investing in Russian startups.

The past few weeks have made clear the uncomfortable position currently experienced by Western venture capitalists that have traditionally invested in Russia. In the eyes of some, the ``Russia’’ label has become a stigma as a result of international tensions, but other VCs have expressed a commitment to continue investing in Russian startups, with all the possible nuances of strategy and expression in between.

Intel Capital, one of the pioneers in global emerging market investments, is among those remaining loyal to Russia. Having developed a portfolio of more than 10 Russian companies over the years, the fund recently led a $7.3 million Series A round in Webinar.ru, a Russian web and video-conferencing software company.

Intel Capital also invests in Ukraine. Its latest investment there was in June, and went to Gillbus, a company that develops inventory distribution systems (IDS) for the bus transportation industry. Intel teamed up with two Russian funds – InVenture Partners and FinSight – to support this bus company, which in addition to its Kiev headquarters has offices in Moscow and Bangkok.

“We are not involved in politics in any form; our offices in Russia and Ukraine are fully functional,” said an Intel Capital representative when the deal was closed, as quoted by East-West Digital News (EWDN).

New risks, but no stopping

The international tumult has not repelled Bessemer Venture Partners either. Since 2011, this major US fund has invested considerable amounts in Russia’s flash sales fashion site, KupiVIP.

“We remain active in Russia and eager to invest in fast-growing Russian Internet or software companies,” Bessemer partner Brian Feinstein said in an exchange with EWDN. He concedes that, “the political environment has introduced more risk to our Russian investments. The economy is slowing down, international M&A is no longer an exit option, and there is the low-probability risk of anti-American policy in the future. These risks won’t stop us from making investments in Russia but they certainly raise the bar.”

Mangrove Capital Partners has adopted a similar position. Over the past years, this Luxembourg-based fund has been investing “with love” in several Russian startups, including KupiVIP and Travel.ru, formerly known as Oktogo.

“We are still working in Russia,” Mangrove partner David Waroquier told EWDN, dismissing inaccurate reports from the Russian media. “Our belief is that despite the geopolitical issues, there are a huge number of very well educated and motivated people who want to make products for both the Russian market and the international market. Of course our bar is high, and it is true that we have not made a new investment this year in Russia, but it takes a long time to find great projects, and a long time for the investment process to be completed.”

The fund recently launched a training and networking program for CEOs of young Russian IT companies. After the success of the first edition in March of this year, Mangrove and its Russian partner, ABRT, repeated the initiative earlier this month.

Given the current political climate, however, some Western investors have stopped operations in the country.

The EBRD, with more than 300 active projects in Russia, has been under direct political pressure. In August, the bank pulled out of a planned joint-investment fund with the state-owned nanotechnology investment company, Rusnano. The move followed a statement by a majority of the bank’s shareholders, who would be “unable to approve new investment projects in the Russian Federation.”

The announcement, however, was a “guidance but not a formal decision,” the bank’s press service told EWDN last month. The EBRD might continue investing in Russia, if its board approves further transactions.

Less ambiguous has been the attitude of Tiger Global Management, a US investor that not only stopped investing in Russia, but which also sold a stake in one of its Russian portfolio companies.

Last month, Tiger declined to take part in the latest round of financing of Wikimart.ru. That Russian marketplace previously received generous funding from Western VCs, but its last $40 million capital injectioncame from domestic investors.

Going even further, Tiger recently sold the better part of its stake in Wikimart.ru -– which exceeded 50% –- to new Russian shareholders. The deal was revealed earlier this week by Russian business daily newspaper, Kommersant.

Edward Crawley: Attitude is key to becoming an innovator

Tiger’s decision was motivated by international sanctions, according to Finprombank chairman, Anatoly Goncharov.

As one of the buyers of Tiger’s stake, Goncharov sees the current situation as “a chance” for Russian investors because the local e-commerce market continues to grow strongly.

These moves come in the context of a burst of anti-Russian sentiment in some Silicon Valley circles. “The Russian brand, after already tainted with the [Soviet-era] gulag and the rest of its toxic legacy, is now synonymous with the mass murder of innocent civilians. There is nothing of value left to recover,” wrote Russian-born physicist, Max Skibinsky, this past summer on his blog in the days that followed “the mass murder of passengers and crew of Malaysia Airlines Flight 17 using Russia’s weapons.”