Ancient petroglyphs in the Russian North covered with a glass dome 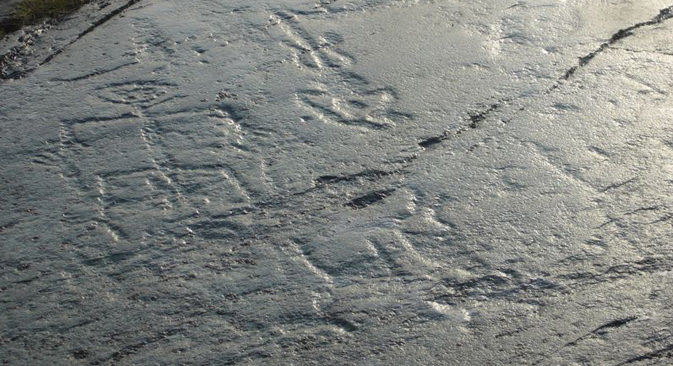 A unique project is nearing completion on the island of Kamenny on Lake Kanozero in the northwest corner of Russia. A glass dome 10 meters high and 20 meters in diameter is being built to cover ancient rock engravings there.

The glass dome on the island of Kamenny in northwest Russia will cover most of the petroglyphs and ancient carvings that have been at risk of significant erosion. They can now only be seen by organized tours and scientists. In the meantime archaeologists will continue searching for the answer to the main riddle posed by the rock engravings: Why did our prehistoric ancestors create them?

The Kanozero petroglyphs in Murmansk Region were discovered relatively recently. In the summer of 1997, researchers from a local museum found carvings on the rocks on the island of Kamenny. The ancient artists depicted animals, birds, fish, household items, religious symbols and scenes from life such as a love triangle, a hunt and a family. The scientists have also discovered several even more enigmatic sketches including a bird of prey with five-talon feet, a large figure of a sorcerer and a flying crane.

The paradox of the situation is that scientists had been visiting the island since the 1960s, yet none of them were aware that it was a major prehistoric site. Researchers simply thought that the carvings were contemporary, made by tourists visiting the island. 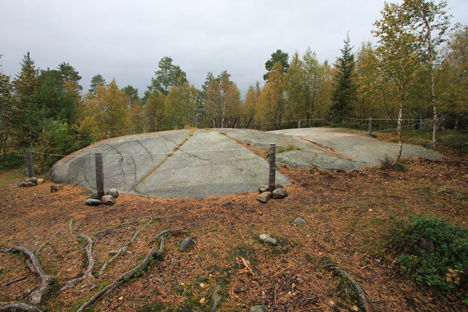 “It took a certain courage to declare that these engravings were ancient,” recalls Vadim Likhachev, one of the first scientists to study the Kanozero petroglyphs. “We took it upon ourselves to substantiate that theory. A radiocarbon analysis of a nearby fire site showed that the carvings were made no later than 3,000-4,000 B.C.”

There is one more reason why it took so long to discover the carvings: most of them were covered with moss and turf. Once it was removed, scientists discovered an additional 100 carvings. However, in just 15 years, these unique petroglyphs that had been preserved by nature for thousands of years were pushed to the brink of obliteration. Each spring, ice melting from the surface of the rocks was gradually erasing the images.

The situation was further exacerbated by tourists wearing running shoes. Even a tiny stone stuck in the sole of a sneaker could damage the carvings. The engravings were carved on soft rocks. It is easy to make carvings on them, but it is equally simple to erase them, too. Some visitors to the site tried to leave their imprint by adding their signatures and pictures to the petroglyphs. 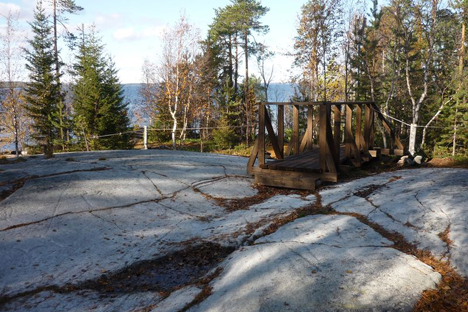 In 2012, the site was visited by Dmitry Medvedev, the president of Russia at the time. He was so impressed by the ancient carvings that he promised to allocate 15 million rubles of his own money towards their preservation. The dome to protect the petroglyphs was built in fall 2014. It consists of a metal frame and polycarbonate, the same material that roofs for swimming pools and greenhouses are made of.

Scenes from everyday life or rituals?

“It was very hard work,” says Vladimir Perevalov, director of the Kanozero Petroglyphs Museum. “The island is surrounded by water and it was impossible to get a crane there as the rocky shores are seven meters high. The builders had to get heavy metal frames and glass all the way up there.”

The dome may have to be further reinforced in the summer. According to Perevalov, there is a risk that it may cave in with time as lichen may spread underneath it. For the time being, experts are monitoring how the dome will survive the winter.

The ancient petroglyphs can now be seen by appointment only. Tourists come to Kanozero despite the fact that most of the carvings are not available for viewing and can be seen only in restricted lighting.

Walking in the Footsteps of the Ancient Karelians

The scientists have not yet been able to ascertain why the prehistoric inhabitants of the North made these rock carvings. Earlier they thought they were a depiction of scenes from everyday life. However, recently another theory has been gaining currency: that the petroglyphs had a spiritual character.

“The carvings may depict the rituals of prehistoric people,” says Likhachev. “The locations where there are many engravings may have been ancient open-air shrines.”

The petroglyphs may have been used to communicate with the spirits of ancestors or in healing rituals. Archeologists are now collecting data to try and recreate what may have been an ancient religious system.