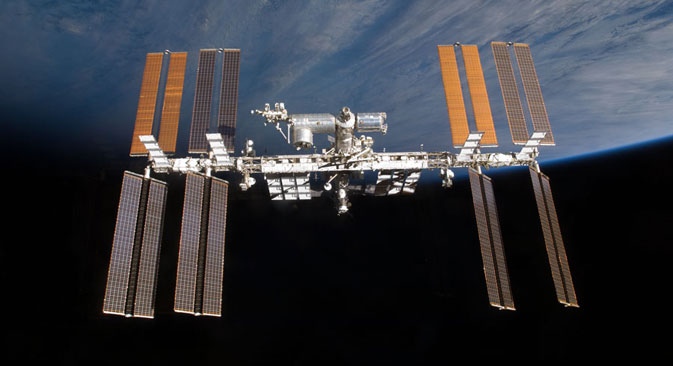 The International Space Station over the horizon. Source: NASA

Sergey Saveliev, deputy director of Roscosmos, the Federal Space Agency, explains how Russia will collaborate with the United States and China in outer space and discusses the Russian-European ExoMars project.

Russia might soon reverse its decision to pull out of the International Space Station (ISS) project in 2020 and opt to continue running the station until 2024, as the U.S. previously suggested. The topic is currently under discussion, Sergey Saveliev, deputy director of Roscosmos, told Rossiyskaya Gazeta in an interview. He said Russia might create its own orbital station in partnership with China. However, the timeline will depend on Russia’s decision on the ISS.

Has a final decision been reached as to whether Russia will continue to operate the ISS after 2020?

Sergei Saveliev: Roscosmos is figuring out the feasibility of prolonging Russia’s participation in the ISS program. We will inform our partners of our decision in advance. So far, the U.S. is the only country that has officially announced its decision to continue operating the station until 2024. We expect the other partners to determine their positions in 2015.

What are Russia’s most important projects in the U.S. right now?

S.S.: The main work with our American colleagues is on the ISS, of course. One important international project is Spektr-RG. That is an international orbital astrophysics observatory that is supposed to study the Universe in the gamma and X-ray range. Our key foreign partner here is Germany. We plan to use two telescopes onboard the spacecraft: one German and one Russian.

One of the most debated topics is whether Russia will build a new orbital space station. If so, with whom? Is that possibility being considered with China, for example?

S.S.: There is a theoretical possibility of creating a new Russian space station. That project could also be implemented in the framework of international cooperation, specifically with China. However, that topic isn’t in the existing federal space program or in the program for the future federal space program. Its implementation will be linked to the timeline for the ISS.

Are there any realistic prospects for joint projects with China in manned space flight, Moon and Mars exploration, or deep space?

S.S.: The most realistic project for the near future would be cooperating on joint Russian-Chinese experiments onboard the Russian segment of the ISS. We might be able to talk about conducting experiments onboard free-flying unmanned OKA-T models after that. Those are multi-purpose space laboratories for conducting micro-gravitational and applied technical and biotech research. They should operate autonomously in orbit and occasionally dock with the ISS or another low-orbit station. One of the autonomous flight’s primary tasks is to run experiments in an absolute vacuum and the smallest possible microacceleration.

Is the possibility being considered of a Chinese ship flying out to the ISS?

S.S.: That is highly unlikely. Even if all the countries participating in the ISS program agree to it, there will still be a large number of technical issues connected both with refining the Shenzhou spacecraft and with using the ISS’ higher orbital inclination, which is unconventional for the Chinese.

Our Chinese partners are building their own national space station and they have already announced that it will be launched in 2020.

We plan to saturate the Russian-Chinese space cooperation program with larger-scale projects such as researching Venus and other planets in our solar system. Our Chinese partners have expressed interest in such projects.

Russia and China might soon start joining forces to develop the GLONASS and BeiDou satellite navigation systems. Are there any difficulties or nuances involved?

S.S.: These systems are dual purpose in both countries. Accordingly, synergy between them should not compromise the national security of either country. So it is important to ensure complementarity and compatibility without sacrificing the quality of the functionalities and services that already exist or are being planned.

What is the status on the Russian-European ExoMars project?

S.S.: Work on ExoMars is in full swing. In 2016, an orbiter will be launched in the direction of Mars with the main goal of researching the planet’s atmosphere. It will also exchange data with the Mars rover. A landing device that tests soft landings will also go to Mars. The key portion of the program is scheduled for 2018, when a rover with scientific tools, some of them Russian, will land on the Red Planet.

Migratory and demo landing modules, as well as scientific instruments, are already being assembled for the interplanetary station, which should start in 2016. A technical study of its appearance is almost complete, and work has already begun to create individual components and parts. Both stages of the ExoMars project will be implemented with the help of a Russian Proton-M carrier rocket.