Infinity minus infinity: the future of mathematics and technology 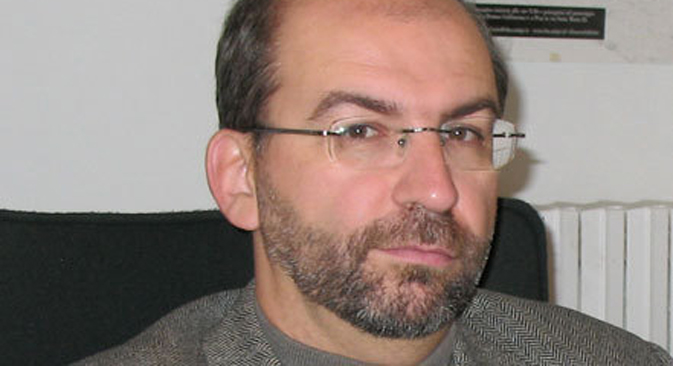 Yaroslav Sergeyev: "Traditional mathematical analysis teaches that infinity minus infinity is a vague form. Accordingly, all automatic calculations stop when they reach an indefinite level. I have developed a new kind of arithmetic that does not have any indefinite forms." Source: TASS

Yaroslav Sergeyev has invented a new kind of arithmetic and patented the "infinity computer" in the U.S. and Europe.

Yaroslav Sergeyev, one of Russia’s most prominent mathematicians and a distinguished professor at the University of Calabria in Italy, has developed a new mathematical theory that allows for calculations with infinitely large and infinitely small quantities.

This discovery brought him a prestigious Pythagoras Prize in 2010.  Scientists believe that new and powerful tools in mathematical analysis, computer technology and the theory of measurement will be created on the basis of Sergeyev’s "mathematics of infinity" in the future.

RBTH: What encouraged you to develop a new kind of arithmetic?

Yaroslav Sergeyev: I was not satisfied with the traditional mathematical approaches. I had a feeling that it was possible to go further, especially in terms of numerical calculations with infinitely large and infinitely small quantities.

I had an opportunity to work with these calculations when I was invited to Italy. The Italian government decided to strengthen science in Italy and allocated funds for inviting well-known international scientists in all areas of knowledge.

It took a government commission about two years to choose the candidates presented by Italian universities. One of these prestigious positions was offered to me to work in the field of global optimization and numerical analysis.

RBTH: You have patented the “infinity computer,” in Russia, the U.S. and Europe, which can calculate figures using infinitely large and small numbers. Is the prototype coming any time soon?

Y.S.: I have signed nondisclosure agreements, so I cannot comment on the subject. I can only say that my work in this area is very active. The project is developing very fast and we are looking for investments. The "infinity computer" may be used anywhere that a high-precision computation is required. This would include almost all high-tech industries.

RBTH: How do you think that mathematical language will evolve in the future?

Y.S.: It is difficult to predict, but I have no doubts that the language of mathematics will continue its development. It will become richer and more accurate, and this process of improvement will be limitless.

Traditional mathematical analysis teaches that infinity minus infinity is a vague form. Accordingly, all automatic calculations stop when they reach an indefinite level. I have developed a new kind of arithmetic that does not have any indefinite forms.

It is close to the so-called nonstandard analysis: this means that you can continue calculations that were previously limited by traditional mathematics. Now the wall of uncertainty that used to stop us has disappeared. New opportunities have emerged primarily related to the accuracy of calculations.

The introduction of new convenient symbols and related concepts can often bring unexpected results. The Romans had no zero or any negative numbers. If we used this system, we wouldn’t be able to create a computer as this requires a positional system of writing numbers.

Now we have a new system of writing numbers, which makes it easy to conduct automatic calculations with infinitely large and infinitely small quantities. This new kind of mathematics opens up new horizons for all of humanity.