Intellectual disabilities in children could be cured, geneticists say 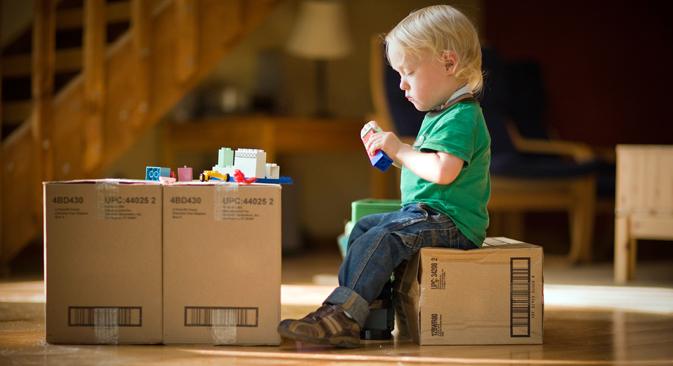 Scientists today are ready to prevent the development of aberrations caused by gene mutations in the fetus during pregnancy. Source: Alamy / Legion Media

Siberian scientists have found a new gene mutation linked to the development of intellectual impairment in children. The geneticists hope that their research will help to create medicines that could cure mental disabilities.

Researchers from the Medical Genetics Research Institute in Tomsk have discovered new genetic mutations that affect the functioning of the brain, causing mental disabilities in children. The research results were first published in the scientific journal Molecular Cytogenetics. The article describes the mutation of gene CNTN6.

“Today three percent of children suffer from mental disability to varying degrees,” Igor Lebedev, the head of the research group and article’s co-author told RBTH. “Only a small percentage of the syndromes are described and linked to known genetic disorders.”

According to Lebedev, to conduct the study scientists excluded factors that contributed to anomalies but were not related to genetics, including biochemical, metabolic and other factors. However, a group of children with mental disabilities from undetermined causes still remained. They became the focus of the study.

The researchers investigated the children’s genomes and found similar mutations of the CNTN6 gene in three of them. In one family, two children with mental disabilities lacked a part of this gene in a chromosome. In another there was a child that by contrast had an extra copy of this part of the gene.

“The gene affects the growth of axons, the fiber-like projections of nerve cells that transmit impulses and nerve cooperation,” says Lebedev. “Mutations in the CNTN6 gene were previously linked only to autism, not to mental disabilities. The patients with this mutation have intellectual impairments that manifest to varying degrees, but our findings strongly suggest that these changes in the gene have a significant effect on the brain.”

The project for the study of the genetics of children’s mental disabilities (up to 18 years of age) was conducted from 2009 to 2012 at the Medical Genetics Research Institute in Tomsk with the support of the European Union’s Seventh Framework Program. Today, this research continues through the support of a grant from the Russian Scientific Fund.

How can mental disabilities be “cured?”

The three children with similar mutations of CNTN6 had problems with speech and perception accompanied by confusion and coordination issues. The brother and sister have underdeveloped skeletons and visible physical abnormalities, including disproportionately sized heads and large noses. The other child has a fairly normal physical appearance, but was diagnosed in childhood with having attention deficit issues and delayed speech development.

“It is interesting that in the second family we found the same genetic mutation in the father and a grandmother,” says Lebedev. “At the same time, the genetic mutation did not apparently affect the two adults at all. We postulate that it is significant who passes on this part of the chromosome, the mother or the father. Unfortunately, the brother and sister in the first family are orphans and we were unable to determine whether the mutation was inherited or not.”

Scientists today are ready to prevent the development of aberrations caused by gene mutations in the fetus during pregnancy. “One of the most important goals of this research is to discover ways to prevent the genetic mutations that result in mental disability,” says Lebedev. At the moment, it is possible to prevent mutations for families who already have children with intellectual impairments. For this, the new pregnancy must come about with the help of In Vitro Fertilization. “If such a family wants to have a healthy child, we can predict possible deviations in the fetus or embryo before it is even implanted in the expectant mother,” Lebedev told RBTH.

At present, the geneticists from Tomsk are trying to specifically understand how neurons function when the genetic mutation is present. For this the scientists are planning to grow neurons out of stem cells harvested from patients’ skin fibroblasts and investigate how their function changes when the mutated gene is “switched on.” 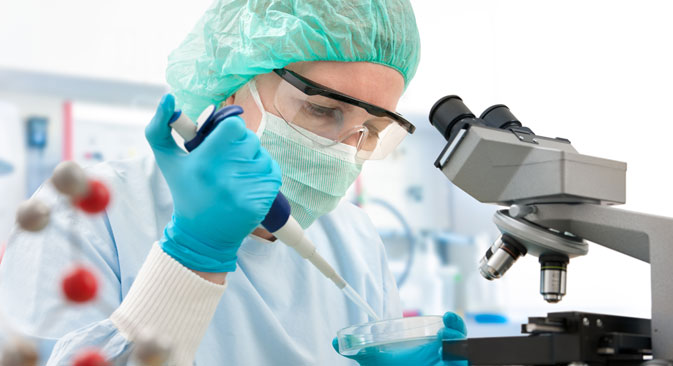