New technology for bank card protection: breakthrough or scheme of the century? 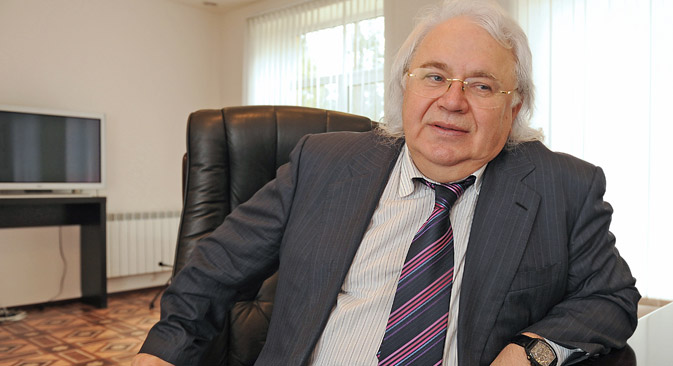 Bank cards could come to resemble a piece of white plastic without identification signs if quantum technologies replace the usual microchips and magnetic strips. But this so-called “invention of the century” has some experts claiming it is of dubious value.

“A Russian scientist made a breakthrough”: this is how many global media outlets have described the new quantum key protection technology for bank cards developed by Viktor Petrik. The scientist seemingly proposed a brilliant solution for the problem of data leakage. According to Petrik, the magnetic strip and the electronic chips are the weakest link in the bank card security chain. That’s why he thinks it’s necessary to get rid of these information carriers.

“We created a fundamentally new, absolutely safe kind of bank card,” says Viktor Petrik, squeezing a small piece of white plastic in his hands. “In this object there are no magnetic strips or microchips and this card is absolutely fraud-proof.” According to Petrik, the card cannot be hacked into or compromised “using easily accessible electronic means.” However, some Russian scientists have expressed their doubts about the validity and resourcefulness of Petrik’s invention.

Quantum dots on the scale of a bank card

When one of Petrik’s cards is produced, quantum dots are inserted in the polymer granules, a form of industrial production that has already been mastered by Petrik. In his words, this substance is chemically inert and resistant to aggressive environments and it can keep its properties for an indefinite period of time.

A genius and a rogue: Who is Mr. Petrik?

Viktor Petrik has been called “the Russian Leonardo Da Vinci of our times,” “a master and a thinker in many fields,” and even “a genius of the 21st century.” However, in Russian academic circles he is better known as a representative of pseudo-science. Russian scientists’ struggle with Petrik has gone so far as to acquire a name of its own: “Petrikgate.”

In 2010 a commission of the Russian Academy of Sciences analyzed his works and concluded that they have no scientific value. Petrik himself claims that the market value of his inventions amounts to $8,836,673,000. It has been reported that he allegedly discovered a formula for winning casino games, invented a method to set transportation into motion without using sources of energy and created a perpetually moving cylinder. His most dubious invention is an underground “pyramid of Cheops” that irradiates rays that Petrik argues can prolong a man’s life to 140 years.

“When the plastic mass is fused, quantum dots are distributed in it in a casual way which cannot be duplicated,” says Petrik. When one wants to pay by card, the spatial coordinates of each dot are reconstructed in the payment machine and transmitted to a server where the pattern of the given bank card and passport is stored. If the dots of the two sets correspond, the authenticity of the document is verified.

Moreover, according to the inventor of this technology, the latter could not only render bank cards fraud-proof, but even usher in a new era of passport protection. “The data of the citizens of all countries will be stored in one single server, which will mean yet another step forward for globalization,” says Petrik.

A technological revolution or a pseudo-science?

Questions remain as to whether bank users will truly receive better protection if payment systems switch to a quantum piece of plastic. In Petrik’s invention there are several aspects that bewilder experts. First, in order to introduce it, the payment system has to be changed worldwide.

“From a business point of view this is not feasible,” says Ivan Zyuzin, investment director at Baring Vostok Capital Partners. “(To introduce this technology) we should abandon and create anew the whole world’s payment infrastructure. Besides, the real problem is not in the data carriers. It’s often people themselves who leak their data, money and passwords to swindlers. And technology is powerless against that.” Zyuzin’s words are borne out by the figures collected IB-Group, one of the world’s leading companies for the prevention of cybercrimes. According to the results of their studies, technology frauds are often the result of a victims’ own carelessness.

Yet the quantum key method could provide a high level of protection for physical objects, including cards. Other scientists, too, have been conducting research on the possibilities of similar technologies. “The method proposed by Petrik is not new, and in the form in which it has been exposed it can be easily hacked, for example, by using a modern 3D printer,” Nikolay Suetin, scientific director of the IT cluster at the Skolkov Fund told RBTH. “At the moment some approaches that use other quantum effects are being actively developed.”

The American Quantum Materials Corporation proposed using quantum dots in the struggle against the production of counterfeit goods back in 2014. However, the technology they have been developing is more complex. Research in this field has been carried out at the Eindhoven University of Technology in the Netherlands. Therefore, in the long run quantum technologies could replace the usual microchips and magnetic strips, while bank cards could turn into a piece of white plastic without identification signs. 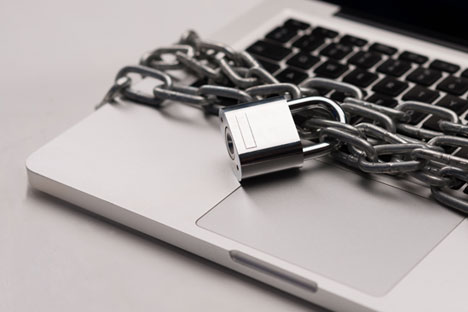