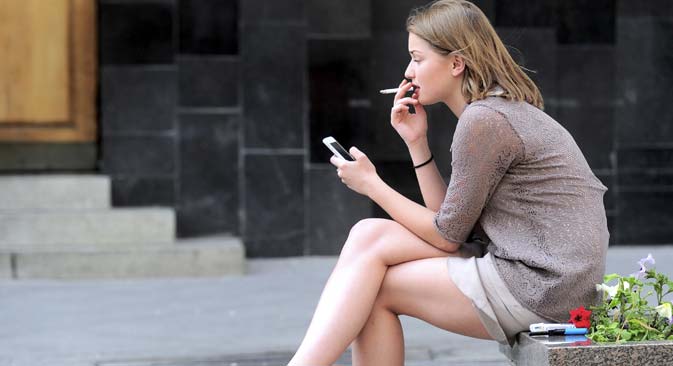 According to a survey carried out by VTsIOM, about 35 percent of the overall population are regular smokers. Source: Rogulin Dmitry/TASS

Several anti-smoking mobile apps appeared in Russia in summer 2015, including the “Smoke Free Area” service. It can be used to report those that violate the ban on smoking in public places.

In June 2015 Russia launched the comprehensive project BrosayemKurit.rf (translation: Let's Quit Smoking). The country celebrated World No Tobacco Day on May 31 with the release of another mobile application, “Smoke Free Area.”

With the app a user can take a photo of an establishment where the ban on smoking in public places is violated and send it to the authorities. The idea of the service was initiated by Russia’s Ministry of Health.

“The application Smoke Free Area is already available for download and will soon begin working to its full capacity,” Ministry of Health spokesman Oleg Salagaev told RBTH. Salagaev says that the service will primarily target legal entities. The application's authors suggest that users take a photo if they notice an ashtray in a cafe, people smoking in a restaurant or lighting up in a stairwell.

However, the application will enable people to notify the authorities about individuals as well. "It is unethical to expose those who have the right to breathe clean air to passive smoking," Salagaev said. "If a person breaks the law, they must understand that they can be brought to justice." 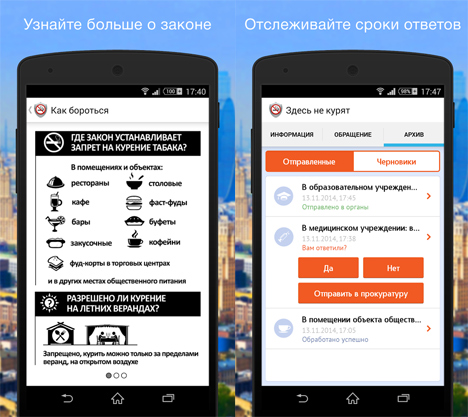 Users will be able to photo if they notice an ashtray in a cafe, people smoking in a restaurant or lighting up in a stairwell. Source: Press photo

According to a survey carried out by the Russian Public Opinion Research Center (VTsIOM) in August 2014 about 35 percent of the overall population are regular smokers. The figure is higher among men with about 54 percent of Russian males defining themselves as smokers.

The number of smokers has declined considerably over the past few years. When Law FZ-15was passed in 2013, which imposed restrictions on smoking in public places as well as a ban on advertising and the promotion of tobacco products, 41 percent of the population in Russia smoked.

For those that are quitting

Another project, BrosayemKurit.rf, is intended for smokers that want to quit. It was designed by the Health and Development Foundation in cooperation with the Ministry of Health. The project includes a text message service to provide psychological and informational support, a mobile application, webinars and a dedicated website.

All components of the service are free and available through the networks of all mobile operators. Text messages and tips have been developed by the Ministry of Health's leading experts in the field of tobacco cessation. The frequency of contact and the nature of the content are determined by the individual portrait of the smoker. Communication with the user takes into account age, gender, how heavy of a smoker the person is and many other behavioral specifics.

“The frequency of reminders depends on the registered user's date of quitting,” said Yelena Dmitriyeva, head of the Let's Quit Smoking project and the director of the Health and Development Foundation.

"At appropriate times, the text message assistant asks questions about the state of the quitter and depending on the response, regulates the content and frequency of text messages,” says Dmitriyeva. “During the first day of the project’s operations more than 1,000 people subscribed to the SMS service and this number is growing rapidly."

Mobile health technologies started developing in Russia in 2009, when a pilot program to help patients with drug addiction was launched. The text message service was set up to support patients following their discharge from the hospital and provide feedback from a doctor during the rehabilitation process. 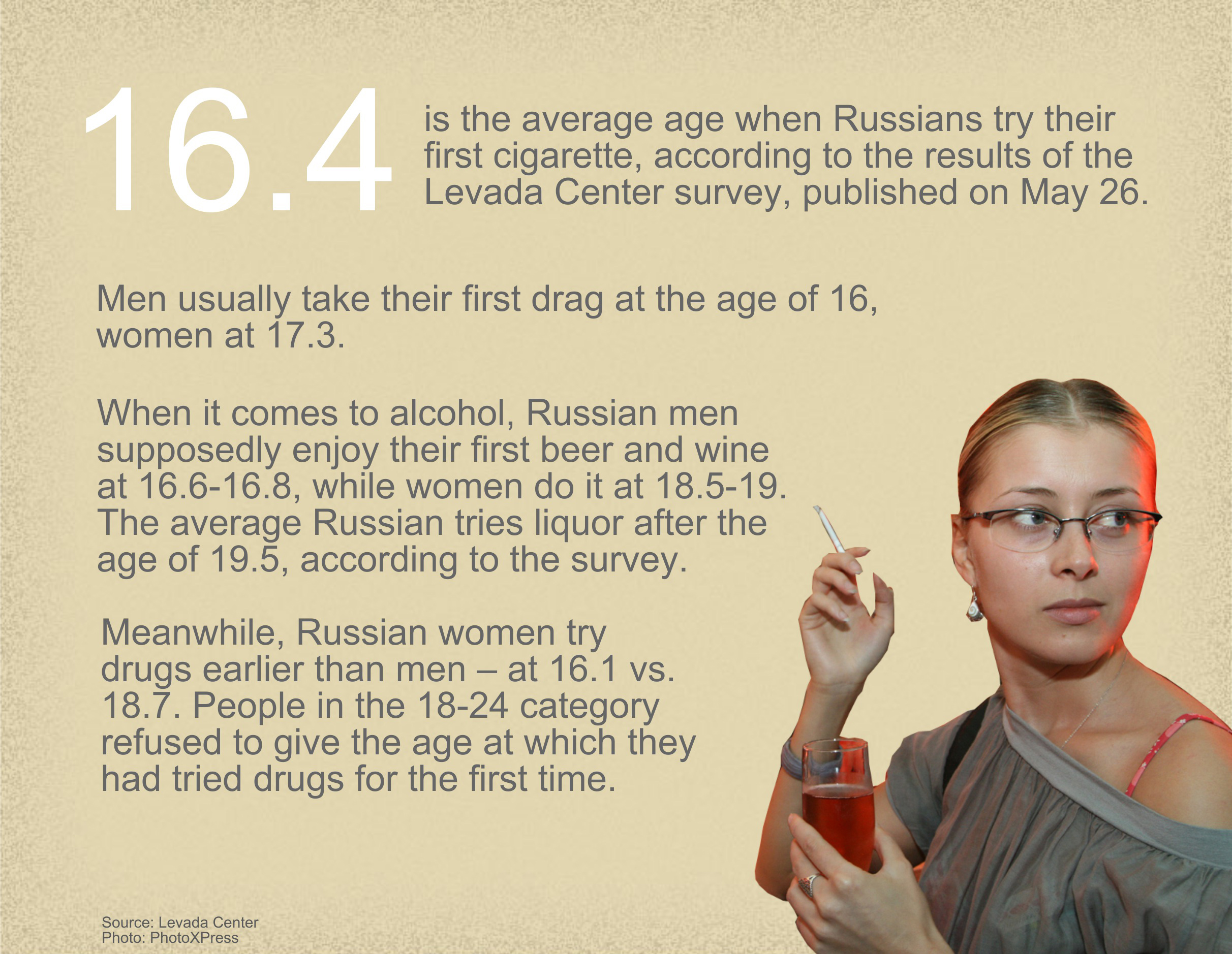 Read more: At what age do Russians try their first cigarettes and alcohol?