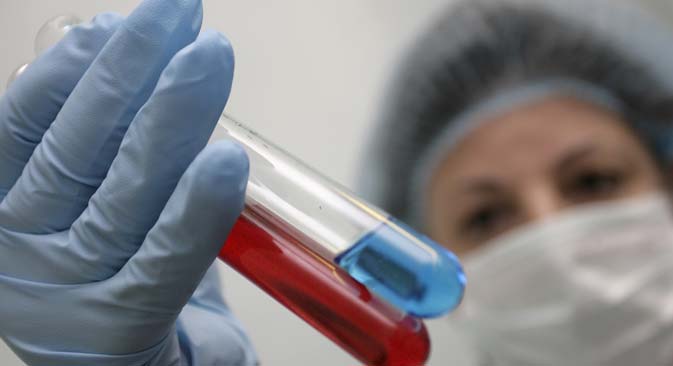 The first case of HIV infection in the USSR was registered in 1987. Source: Sergey Venyavsky / RIA Novosti

According to the Center for the Prevention and Fight Against AIDS, there are now about 900,000 cases of people infected with HIV in the country. Is there an AIDS epidemic and how are HIV patients treated?

Russia is one of the few remaining countries in the world where the number of HIV cases and related deaths from the disease is still increasing. As of May 1, 2015, according to the Rospotrebnadzor Federal Monitoring Agency, there were more than 900,000 registered cases of HIV infections. This is 60,000-120,000 more than in 2014.

“The Russian Federation is facing a large and growing HIV epidemic that is concentrated among key populations, most significantly people who inject drugs,” said Vinay Saldanha, Regional Director for Eastern Europe and Central Asia at the Joint United Nations Program on HIV/AIDS (UNAIDS). However, experts believe that today the epidemic could be entering a dangerous phase in which HIV spreads to the wider population. Out of the new infections in 2014 almost 42 percent were related to the sexual transmission of the virus.

"Prevention is cheaper than treatment"

Dr. Vadim Pokrovsky, director of the Russian Center for AIDS Prevention and Treatment, says that the number of people infected with HIV in Russia, China and the U.S. is about the same – between 900,000 and 1,400,000.

The first case of HIV infection in the USSR was registered in 1987. The patient was a military translator who had returned home from service in Tanzania. It was determined that he infected another 25 people.

This fact is officially considered the beginning of the diffusion of HIV in Russia. By the mid-1990s most infections in Russia were spread among drug users as a result of dirty syringes.

However, in terms of population, the U.S. (324.7 million) has twice as many people as Russia (146.2 million), while China (1.3 billion) has almost 10 times as many. The country with the highest number of HIV infections is South Africa.

Moreover, the official statistics in Russia include only registered cases of infected people. “We are working with the Russian Ministry of Health to agree on new HIV estimated data for the Russian Federation,” says Saldanha. “Such estimates are essential to show the full extent of the HIV epidemic and should not only be limited to the number of people confirmed to have HIV.”

Pokrovsky believes that the main reason for the spread of HIV in Russia is unsatisfactory prevention measures. "Prevention is always cheaper than treatment,” Pokrovsky says. “If you can prevent new cases, expensive medicine will not be necessary. Contemporary sexual behavior in Russian society inevitably results in new infections. It is important to systematically teach people how not to get infected. And teach them not only how to have safe sex, but also how not to transmit HIV among drug users."

According to the Center for Prevention and Fight Against AIDS, out of all the cases of people infected with AIDS in Russia, only 200,000 are being treated. Treatment is given preferentially to those individuals whose immune system demonstrates abnormalities. Resources for medicine are allotted from the federal budget, while local budgets cover the maintenance of hospitals and the salaries of medical workers.

Modern medicine is still incapable of reversing the development of HIV infections, but it can slow them down and even permanently stop the worsening of the disease’s effects. However, the patient will have to take antiretroviral therapy (ARV) drugs for the rest of their life.

France spends approximately 7,000-8,000 euro for one HIV-infected patient annually. In the U.S. the treatment is more expensive ($10,000-15,000). Russia spends 2,000 euro annually per HIV patient and this sum, according to Professor Pokrovsky, could be reduced by a third due to generic ARV drugs produced in India and China.

Until recently, Russia did not produce its own anti-HIV drugs. But now the country is about to embark on the production of an original formula. For example, Rospotrebnadzor's Central Epidemic Institute is carrying out research on gene therapy that is capable of killing the virus within the gene and completely curing the patient of the HIV infection. However, experts say that it will take at least five years for the research’s findings to be approved for use in clinics.

Vaccines: can they help neutralize the virus?

"Through a gene-engineering method our vaccine contains a synthesized protein, which has fragments of the virus and internal proteins," says Rakhim Khaitov, the scientific director of the Immunology Institute. "A certain molecule, the immunostimulator, is chemically attached to it. Together they create very strong immunity. Thus the infected patient's body produces an antibody that neutralizes the virus."

The vaccine can carry out its function in as little as a few days. Then the polymeric molecules break down to elementary monomers and leave the body. As a result the drug practically has no side effects and is completely non-toxic. The drug, which the Immunology Institute developed in 2004, became Russia's first anti-HIV and anti-AIDS vaccine to be used in clinical experiments.

In 2012 in the first phase of testing the vaccine for safety and activity the results were a success. However, the second and third phases (the fourth phase must be international) have still not taken place due to technical complications and a lack of volunteers and financing. Meanwhile, Khaitov says that in these three years science has advanced greatly and today the institute could produce a more updated vaccine.

According to Saldanha, the absence of necessary funding for the production of vaccines is a global problem. “In 2013, global HIV vaccine research and development saw the largest decline in funding since 2008,” says Saldanha. “In order to transform promising concepts into an effective and accessible HIV vaccine, increased and sustained funding will be critical.” 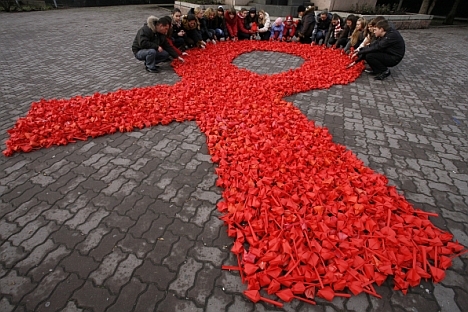 Russians talk about life with HIV