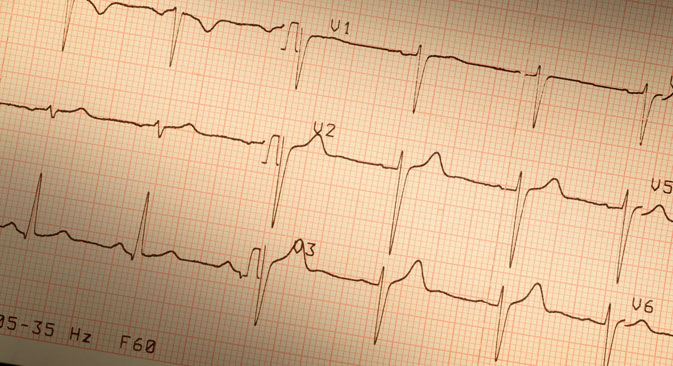 The new implant is being created at the Institute of Theoretical and Applied Mechanics at the Russian Academy of Sciences. Source: Lori/Legion Media

The new device will be lighter than an analogous invention by NASA and will pump up to seven liters of blood per minute, perhaps able to replace a donor heart someday soon. The prototype device is currently being tested at a Siberian clinic.

Only 10 percent of patients in need of heart transplants in Russia receive a donor organ (in the United States, for example, the figure is 58 percent), said the country's chief transplant doctor Sergei Gauthier.

About 60 percent of patients on transplant waiting lists die before the organ is available, despite “presumed consent” policies for posthumous organ donation in Russia. This means that if a person has not expressed disagreement against the removal of organs after death when alive, then they are recognized as a donor. But in reality the transplantation process is often opposed by relatives of the deceased. In 2014, the Levada Center conducted a survey that revealed that the majority of Russians do not trust doctors, because they do not believe that they will try to save the life of a potential donor.

“Russian Health Care needs artificial ‘engines’ for the heart,” Dmitry Bogdanov MD, a practicing cardiovascular surgeon, told RBTH. “However, such devices increase the risk of thromboembolic events (editor’s note: a blood clot that gets loose in the blood stream), which may lead to death.”

However, the developers of the new implant, which will pump blood from one area of the heart to another, promise that such problems will not occur in their version.

The lighter the implant, the less risk?

The new implant is being created at the Institute of Theoretical and Applied Mechanics (ITAM) at the Russian Academy of Sciences. The prototype device is currently being tested at the Academician E.N. Meshalkin Novosibirsk State Research Institute of Circulation Pathology.

According to the scientists at the Novosibirsk institute, their device will be twice as light and much cheaper than the existing analogues.

“A small motor, pumping blood, is sewn into the human body, just below the heart,” Vasily Fomin, a scientist at ITAM told RBTH.  “Now we are working to make the device as light as possible. This will allow it to adapt to a person’s lifestyle. Also, the low weight reduces the risk of thrombosis [blood clots].”

Existing foreign units weigh about 300 grams. The Russian one, scientists promise, will weigh between 100 and 150 grams. “For a long time, Russian science has created weapons and built airplanes, while it should have been dealing with people and their health,” Fomin said. “Now we have to make up for lost time.”

Today, such a pump costs about 250,000 euro. Scientists have not yet released the anticipated cost of the Russian analogue, but they promise that it will be “much cheaper.” The developers believe that a monopoly has gotten hold of today's implant market, with the assumption being that manufacturers sell equipment at inflated prices.

“They understand that a person that needs a heart will pay any money for its ‘substitute,’” Fomin says. “This is why it is necessary to create competition in the market.”

Funding for the development of a new pump has been allocated by the Russian Foundation for Basic Research. But despite the financial support from the state, the commissioning of the “Siberian cardiac pump” and its entry into the market will not occur soon. The scientists have not yet announced a specific timeline for its release.

“First we have to complete our device, then the Institute of Circulation Pathology will conduct tests on bulls or pigs,” a press officer from ITAM explained. “They will sew pumps in and monitor their health. Only then, perhaps, human clinical trials will be carried out to study thrombogenesis and see about hydrodynamics.”