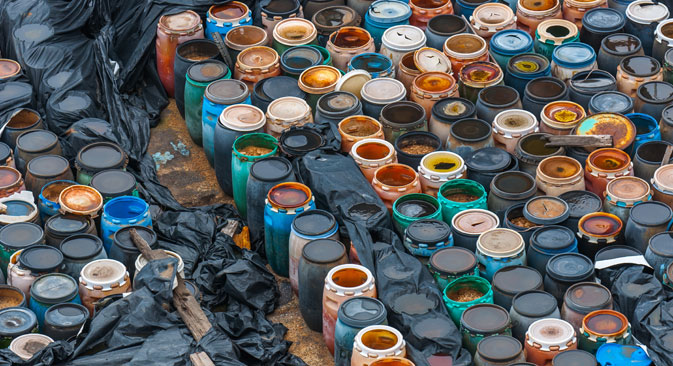 It takes years for many radioactive substances to disintegrate. Source: Shutterstock

A research group from the Prokhorov General Physics Institute says they have discovered a method for turning radioactive substances into neutral and safe ones in as little as an hour. With this new method they say that it’s possible to purify water at Fukushima.

According to the Nuclear Technology Review 2015, published by the International Atomic Energy Agency (IAEA) in July, more than 68 million cubic meters of nuclear waste with varying degrees of activity has been generated worldwide as of the end of 2014. It often takes years for many radioactive substances to disintegrate.

Recently, a research team led by Georgy Shafeyev from the Prokhorov General Physics Institute at the Russian Academy of Sciences (IOFAN) said that it has come close to solving the problem of nuclear waste. These researchers state that certain radioactive elements can be quickly and easily converted into a neutral substance if placed in a special solution and exposed to a laser.

The discovery was made by accident during the laboratory's experiments to make nanoparticles using a laser. Radioactive substances were literally knocked out of metal when placed in a special aqueous solution. The researchers then decided to experiment with various metals and solutions.

When Shafeyev and his colleagues placed gold in the solution of radioactive thorium 232, they found that the latter ceased to emit radiation with the advent of nanoparticles.

Transmutation occurred. The same result was achieved with uranium 238. Cesium 137, best known from the tragedy in Fukushima, which usually decays in nature over 30 years, turned into neutral barium under these conditions in an hour.

“Neither we, nor nuclear scientists, are still able to give a scientific explanation of these phenomena,” Shafeyev, head of the Laboratory of Macrokinetics of Nonequilibrium Processes at the IOFAN, told RBTH. “Most likely, by placing the solution in such conditions, we change the environment of the nuclei of its atoms – the state of the outer shells of electrons.” 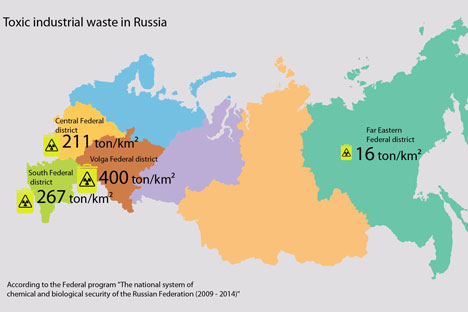 Click to view the infographics. Drawing by Alena Repkina

To accelerate the decay, the scientists say that the solution must contain a refractory metal, such as gold, silver or titanium. “The rate of decay of a substance depends on the chemical environment – the outer electrons of its atoms,” Shafeyev explained. “Obviously, we are changing their electron configuration because the nanoparticles are able to locally enhance the laser electromagnetic field.”

From concepts to practice

Shafeyev’s team is currently waiting for their results to be tested by the Joint Institute for Nuclear Research (JINR), a research center located in the suburbs of Moscow. For the experiment, their colleagues will bring a sensitive gamma-ray spectrometer based on ultra-pure germanium to a physics laboratory. Using this device will enable scientists to watch the process in real time. The control experiment will be held with cesium 137.

Not everyone has been immediately convinced of the new experiment’s efficacy. “We need to see this process with our own eyes, and then look for an explanation,” says Sarkis Karamyan, a senior researcher of the Laboratory of Nuclear Reactions at the JINR. “Having more than 50 years of experience in the field of experimental nuclear physics, I find it hard to believe in a strong acceleration of the decay of a nucleus under the influence of laser light or specific chemical environment.”

The researchers are already looking at specific applications for future development for this discovery. It is unlikely to neutralize radiation on the ground, such as in Chernobyl, since the penetrating power of the laser in the soil is measured in micrometers, but for water there are greater opportunities.

“Of course, it is possible to collect the soil, and then filter it, but in our case it is more convenient to work with solutions,” Shafeyev explained. “In other words, in Fukushima, where tritium and cesium continue to pour out of the pool even today, such a development could solve a lot of problems,” he said. 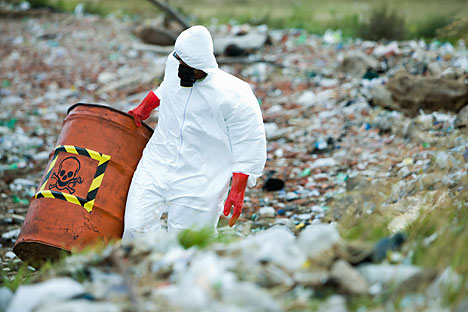