Up, up and away: Russian women preparing for mock-up moon mission 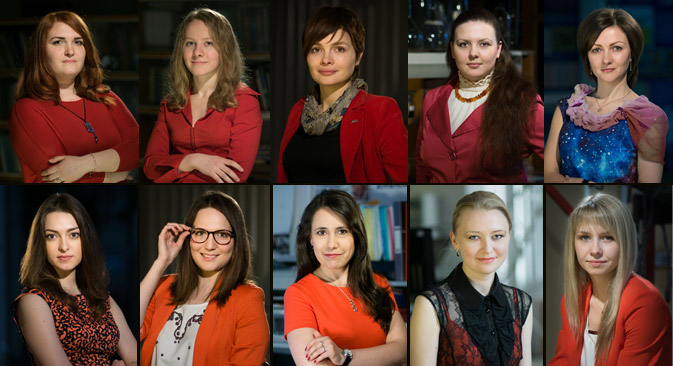 Six female Russian scientists will take part in a new experiment that requires them to stay in a confined space for eight consecutive days - exactly as much time is needed to reach the Moon on a spacecraft and orbit it once.

From October 27 to November 4, the Russian Academy of Science’s Institute of Biomedical Problems (IBP) in Moscow will conduct the experiment, “Moon 2015”, which is the first isolation experiment exclusively involving women.

The project’s goal is to study the psychology and physiology of female humans during deep space missions in order to ultimately understand which line-ups would be the most suitable for such tasks. Ten volunteers – postgraduate students, laboratory assistants, junior and senior research associates – are getting ready for the experiment, but only six of them will be selected to participate.

According to Sergei Ponomarev, one of the project managers, “Moon 2015” will lay the foundation for a series of similar tests. “We would like to collect as much data on the early stages of the female body’s adaptation to enclosed spaces as we can. We are talking about a somewhat distinctive microbiota – no new strains of microorganisms can emerge there. Therefore, the immune system goes into what we call hibernation. But we still have no information on when and how exactly this happens – abruptly or gradually,” the researcher said.

The experiment’s future participants work in several fields, all of which will be involved in the course of the project.

IBT was founded in 1963 to study the effects of spaceflight on living organisms. Since 1967, the Institute conducted several dozen experiments; some of the most famous were: “A Year in a Spaceship” (1967-1968), HUBES (1994), EKOPSY (1995), SFINCSS (2000) and Mars 500 (2007-2011). The latter involved six male volunteers from various countries spending 500 days – or almost 17 months – in the confined environment of a mock-up spaceship. The results of the experiment became the basis of large-scale work in the field of space medicine by Russian, European and Chinese researchers.

These are physiology, biophysics, genetics and others. For instance, Inna Nosikova, a research associate at the IBP, is the team’s medical officer.

Another participant, Darya Schastlivtseva, is a laboratory assistant and researcher at the Institute. She wants to test the efficiency of unique research equipment and methods. “It would also be interesting to see how containment will factor in the interactions between us women”, Schastlivtseva added.

Anna Kussmaul, chief researcher at the analytical center of the United Rocket and Space Corporation, told RBTH that she’d like to examine herself within the framework of her own research. “I’d like to know what it feels like to exist in a confined space, and to examine myself as I’d examine an object of research,’’ said Kussmaul.

“Besides, the development of space science depends on promotion. We need to attract attention to the industry, to kindle the interest of young people into research work. And I’d be very happy to contribute by taking part in this splendid project.’’

The project will consist of two stages: 1) participants will first stay into a sealed room, and 2) then move to a short-radius centrifuge to counter possible negative effects of the micro-g environment. The centrifuge is designed to imitate the gravity of Earth, deterring the onset of atrophy that happens in bones and muscles because of weightlessness.

In the future, all spaceships designated for long distance flights will be equipped with such centrifuges. Scientists expect this technology will find wider use no earlier than in five years. Up until recently, the centrifuge tests involved only men. During “Moon 2015”, each project participant will spend 30 to 40 minutes in it before and after isolation.

About 30 various studies are planned for the mission. The team will have to go through tests evaluating their psychological state, immune systems, microbiota and other factors. Two of the planned experiments concerning the adaptation abilities of the cardiovascular system to spaceflight are already being held onboard the International Space Station.

To the Moon, but how soon?

Researchers will also examine the performance of new equipment due to be sent to the ISS later this summer. “We have recently developed the medical monitoring system, Neurolab, in collaboration with the German Aerospace Center. Now we need to see if the results of body monitoring depend on the time of day,” said Alexander Smoleevsky, research associate at the IBP and one of the project executives.

According to Oleg Korablev, head of the Department of Solar System Planets and Small Bodies Physics at Russia’s Institute of Space Research, the Moon represents the most realistic goal for human colonization. It is expected that the required infrastructure on the Moon surface will be built by robots controlled by astronauts onboard a vessel orbiting the satellite. ”The results of the upcoming experiment might prove to be useful for arranging this,” Mr. Korablev told RBTH.

Nevertheless, a manned mission to the Moon is unlikely to happen before 2025, the expert said. Incidentally, a mission to the Moon is included in Russia’s Federal Space Program and is scheduled for 2016 to 2025. But the project has been repeatedly postponed in the past, which means the IBP experiment will only become relevant in the long term. 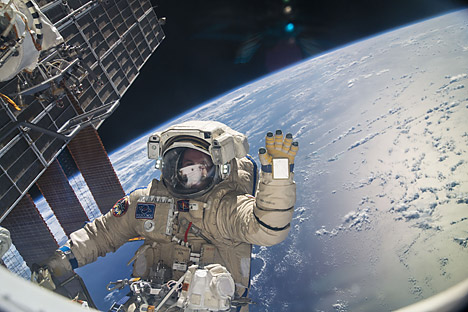