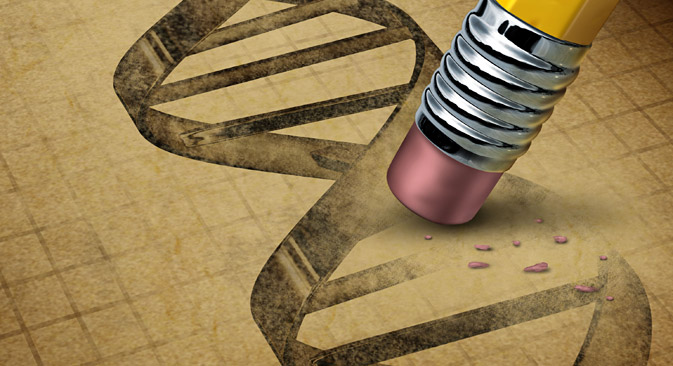 Researchers from Moscow State University have discovered a new process of DNA repair in humans that will contribute to the cure of serious diseases, including Alzheimer's and cancer.

Human cells can experience up to 20,000 small-scale DNA failures in the chromosome daily. Scientists refer to them as double-strand breaks (DSBs), and they are usually caused by UV light, ionizing radiation, oxidative stress, various harmful substances and other factors.

Those DNA failures can result in mutations that cause serious diseases, including Alzheimer's, Louis-Bar syndrome and cancer. In June, a group of researchers from Moscow State University led by professor Vasily Studnitsky, and the Fox Chase Cancer Center of Temple University in Philadelphia, discovered a new method of DNA repair. The scientists claim their findings will help cure and prevent several disorders in the future.

It is hard to exaggerate how important DNA repair is for any kind of life form. Indeed, life itself would be unimaginable without a whole plethora of proteins and signal-responsive molecules attending to DSBs, not only detecting them, but also evaluating the extent to which they can be repaired and fusing the lesions if possible.

DNA repair was previously studied by Svetlana Khoronenkova of Moscow State University and Grigory Dianov of the Oxford Institute for Radiation Oncology. In 2014, the researchers discovered a new mechanism of DNA repair that detects so-called single-strand breaks – lesions in one of the two strands of a DNA double helix that are especially dangerous since they can be replicated, affecting the other strand and leading to genetic instability.

In most cases, DNA repair is executed by a special enzyme called RNA-polymerase. Moving along the DNA, the enzyme scans and detects any defects in the molecule, launching a series of chemical reactions to eliminate damage if needed. But the enzyme can only 'see' one of the strands. Until recently, it was unclear how the second DNA strand is fixed.

”Part of the surface of the DNA helix is hidden because it interacts with specific proteins called histones. Our entire genome is packed this way, except for the areas from which the information is being currently read,’’ says Vasily Studitsky, who is the leading researcher and head of the Laboratory of Regulation of Transcription and Replication at the Biological Department of Moscow State University.

The group led by Studitsky managed to prove the repair process also occurs in such 'hidden” parts of the DNA helix. An article detailing the findings was published in July in the journal, Science Advances.

Programming the death of damaged cells

The scientists found out that even the parts of the DNA helix bound to histones can be repaired by the RNA-polymerase. Moreover, histones actually help the enzyme to detect lesions.

Histones help form the so-called DNA loops. The RNA-polymerase is able to move along those loops, stopping near lesions to sound the alarm and launch the reactions required for the repairs. Additionally, the very way DNA is bound to histones – i.e. loops – also assists to detect lesions. The researchers believe either the shape of loops or the DNA structure within them changes if damaged.

During their experiment, scientists created lesions in certain parts of the DNA using certain enzymes, such as hydrogen peroxide. This was done to determine how exactly DNA loops affected the speed of the RNA-polymerase. It was eventually discovered that the loop formation could be controlled. The researchers expect their findings will help treat and prevent various disorders caused by DNA lesions.

”If we can strengthen the bonds between DNA and histones, the loop formation efficiency and the probability of successful DNA repair will increase, thus reducing the risk of disease. If we can destabilize those bonds, we will be able to employ special drug administration methods like nano-transporters to program the death of infected cells. In this case, we will be able to treat and prevent cancer,” Studitsky explained.

Researchers will have to confirm their hypothesis. The repair process could turn out to be much more complex; for instance, several distinct types of loops could be formed in the DNA. In order to investigate the matter further, scientists will first need to describe the structure of a loop, survey the DNA repair and determine which subset of DNA damage is repaired through this means. 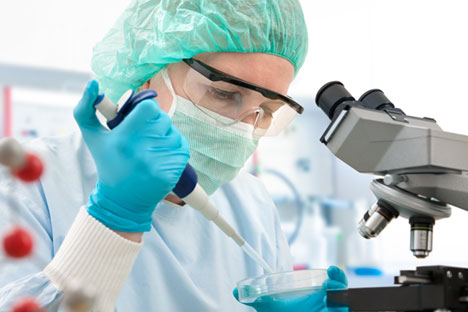