Why does Russian-made Telegram messaging app irritate its competitors? 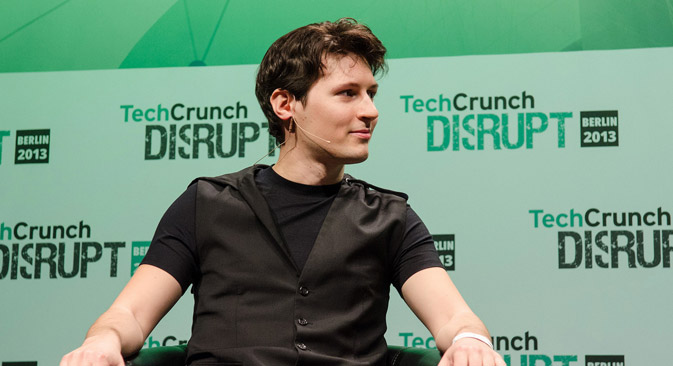 In the past five months the number of Telegram messaging app users has increased by 12 million, reaching 62 million people. Will the `Russian WhatsApp" be serious competition for the giants of the industry?

In the middle of July the Telegram messenger created by Pavel Durov, founder of Russia's largest social network, Vkontakte, was subjected to a series of large-scale DDOS attacks. They caused the application to breakdown all over the world. Shortly before, the application had been deleted from the Google Play store for several hours due to complaints from Korean competitor, Line.

According to Durov, the attacks occurred because of the application's growing popularity. In the last two months alone Telegram user activity had increased threefold, and about 2 billion daily messages are now sent with the service.

Telegram was created in 2013, and it was immediately oriented towards the international market and had an English interface. In an interview with the New York Times, Durov said the idea of the messenger service came to him after Russia's Federal Security Service demanded that he delete opposition communities from his Vkontakte social network. After the demands were refused special service agents tried putting pressure on the programmer and searched his apartment and that of his parents. The entrepreneur then understood that he doesn't have a safe channel for communicating with friends and family, and so he decided to create a secure messaging app.

To protect the data that users exchange Durov created the MTProto protocol. It uses several encryption systems, and the app also offers a secure chat option. Thanks to this option even the app's developers themselves cannot decipher the user data and gain access to someone's correspondence.

The app's creators say that it will always be free to the public. In an interview with the magazine, Wired, Durov said Telegram will never become a commercial project concentrating on revenues. Its mission is to allow secure and protected communication.

Lukashenko, 'Despicable Me' and group chats

Telegram also has other advantages that users value. People can use the service from multiple phones, send files without limits in size, and set a timer for deleting the messages. Moreover, the program contains a built in photo editor and a function to search Internet attachments. There is also a multi-chat in which up to 200 people can participate. Like other apps, the Telegram can hold picture-stickers. Telegram's distinguishing particularity, however, is that the stickers are free and can be added by any user.

Immediately after the activation of this function users started posting images with popular memes, comedians, famous politicians and cultural figures. Users were particularly pleased to see stickers of Belorussian President Alexander Lukashenko, little frog Pepe, and characters from the "Despicable Me" cartoon.

The app's finest hour came in February 2014 when Facebook bought the popular WhatsApp messaging system. According to Telegram, after this deal almost 5 million users joined the Russian app, making it one of the top apps downloaded for the iPhone in 48 countries.

The reason is that a part of the general public lost trust in WhatsApp, said Karen Kazaryan, an analyst from the Russian Association of Electronic Communications. Telegram positions itself as an independent service. "After Facebook bought WhatsApp there was a huge outflow of users to Telegram," explained Kazaryan, who added that the app became exceptionally popular in Europe, Latin America, India, Southeast Asia, and Arab countries.

The app, however, has its shortcomings, which may impede its promotion on world markets. "It is very difficult to call Telegram a real competitor for giants such as WhatsApp and WeChat, which have about 10 times the users that Telegram has," said Kazaryan. She also doubts whether the service will have enough finances to continue its work.

But Telegram's founders believe that for now the project does not need additional financing, and they plan to develop according to the fundraising business model. 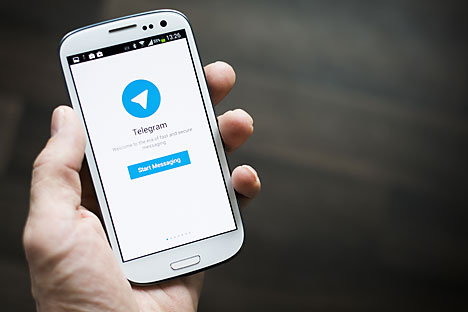