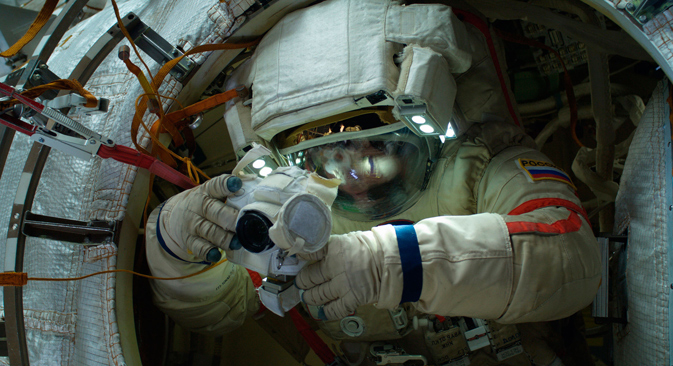 Taking a photo during a mission in open space outside the ISS. Source: Reuters

What do people talk about during a spacewalk? Is it all work and serious, or are there lighter moments? RBTH tries to find some answers.

Cleaning a space station’s windows is not an easy task, and the cosmonauts said they could not find a comfortable position to do it.

Padalka: Is it OK like this? I’ve pinned you down from the top. Well?

Padalka (to Mission Control): I’m sitting right on top of it, Artyom! And that’s the most comfortable way to do it!

The ISS Expedition commander Gennady Padalka holds a record for the most time spent in space. When he completes his current mission in September 2015, he will have spent 878 days in orbit.

In an interview with NASA TV, U.S. astronaut Michael Fincke, who holds the American record for most time in space with 381 days, said Gennady was the best “newbie trainer” in the world.

The spacewalk was the second extra-vehicular mission for Mikhail Kornienko.

The temperature outside the ISS can swing drastically from 200º F to -200º F (93º C to -129º C) depending on whether you’re in the dark or facing the sun. The Russian cosmonauts complained to each other that their hands were freezing. After spending 4.5 hours in open space, they had this to say:

Kornienko: How come your fingers are not freezing?

Padalka: You’re the one who is freezing all over. I can’t catch a break. I’m working all the time.

K: You know, I’m also going at it tooth and nail.

P: Then you’ve got an attitude problem. 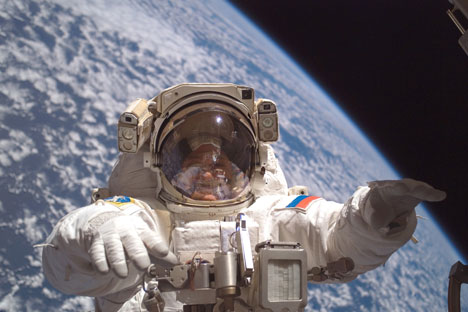 Russian cosmonaut works during a mission in open space outside the ISS. Source: NASA

Oleg Kononenko is another member of the ISS crew from Russia, but he stayed inside the station during the mission. Still, his friends never stopped joking with him.

Padalka: Well Oleg, you took some photos of me, or what? He’s so gorging himself on borsht right now.

A little later Padalka asks again where his colleague is, and makes another joke: “He is probably working on the photos…” 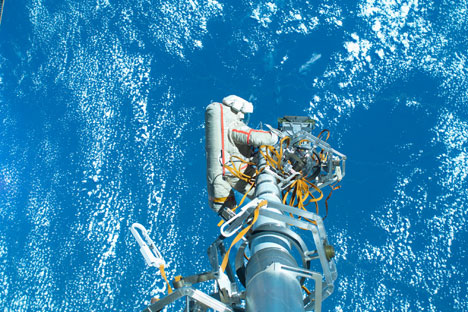 Russian cosmonaut works during a mission in open space outside the ISS. Source: Reuters

One of the mission objectives was to take several photos of the Russian orbital segment of the ISS. But while at it, they took a couple of photos of themselves.

Kornienko: By the way, when I took pictures of you I was facing the Sun, so the iPad only got your legs.

Padalka: Why didn’t you tell me? You should have told me!

K: It’s not a big deal, we’re going to take some more!

Padalka had also asked Oleg to take photos of him through one of the station’s windows. Kornienko commented that: “From this distance everyone will see that you didn’t shave today. Can you imagine that – a cosmonaut with a five o’clock shadow?”

Even during a long open space mission, cosmonauts keep their spirits up by reassuring each other and cracking jokes. Sometimes you can hear something like this:

Kornienko: I’ve been enjoying it for five months now!

After having spent over four and a half hours in open space, Kornienko, worried about his friend, asks:

Kornienko: Where are you? I bet you’re hungry.

Padalka: Not just hungry, I’m out of tea… Enjoy the night while you can, Misha. 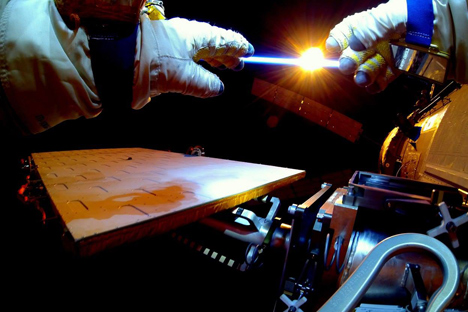