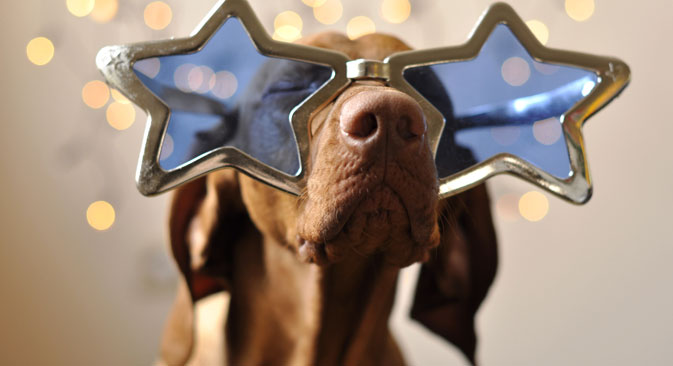 Could your pet be the next dog cosmonaut? Source: Getty Images

Find out if your pet qualifies to follow in the footsteps of famous Soviet space dogs Belka and Strelka.

Exactly 55 years ago, on August 19, 1960, the Soviet Union's heroic dogs, Belka and Strelka, became the first living creatures to fly into outer space and return alive. Maybe your pet dog is also ready for a space mission? Here are some signs to watch for.

1.   Your dog is so used to noise that it no longer reacts to it

At the Institute of Biomedical Problems in Moscow, Belka and Strelka were trained to remain in a confined and noisy space for a long time.

2.   Your dog eats anything

The food that space dogs ate was a jelly-like mass intended to fully meet their nutritional requirements.

The preliminary selection for the space mission was done on the basis of special requirements. The dogs had to weigh no more than six kilos; their height had to be under 35 cm; and their age had to be from two to six years old.

4.   Your dog pays more attention to its looks

Belka and Strelka had to look pretty bearing in mind future media appearances. In addition, they had to be light in color to make it easier to see them on monitors.

5.   Your dog has suddenly started to respond to a Russian name

Few people know that Belka and Strelka were originally named Albina and Markiza. However, the commander in chief of the Strategic Missile Troops, Mitrofan Nedelin, demanded that those foreign-sounding names should be changed to authentic Russian ones.

6.   Your dog barks at American satellites

When NASA’s first communications satellite Echo 1 was flying above the Soviet Union's Baikonur Cosmodrome, Belka and Strekla were flying onboard the Sputnik-5 spacecraft. For some reason, at this very moment they began barking together. Staff who were watching them on the monitors at the Mission Control got the impression that the dogs were barking at the American satellite.

Now, this looks positively odd. Most likely your dog already sees stars in its sleep and is ready for its first spacewalk.

If your dog exhibits all of the above, you can rejoice. For 50 years, Belka and Strelka have been heroes. After their return from space, they were doing tours, and meeting children at schools and kindergartens. Several months later, Strelka had puppies. One of them, a bitch called Pushinka (which means, ``fluffy,'' in Russian), was presented to Jacqueline Kennedy by Soviet leader Nikita Khrushchev.

Both dogs, now stuffed, are on display at the Museum of Cosmonautics in Moscow, but their life continues to inspire artists, authors and animators. In 2010, to mark the 50th anniversary of their flight, a 3D animated film, “Space dogs,” was made. 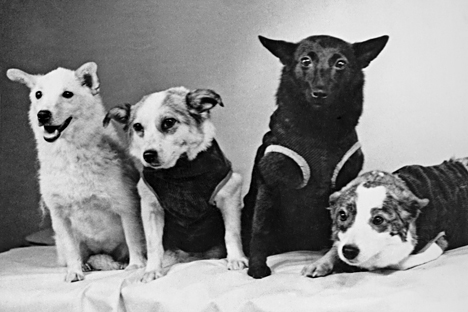 Animals in space: What does it take to be tasked with exploring the Universe before humans?