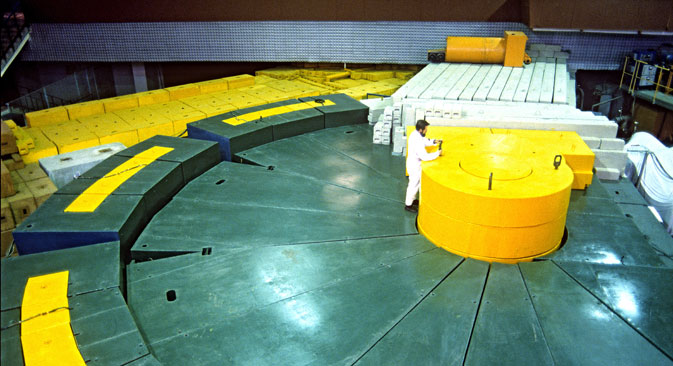 The IBR 2 pulse reactor at the Joint Institute for Nuclear Research in the town of Dubna in the Moscow Region. Source: Boris Babanov / RIA Novosti

Boris Babanov / RIA Novosti
Later this year the International Union of Pure and Applied Chemistry (IUPAC) might recognize a new element of the periodic table with the atomic number 115. This element, which pervades science fiction and some conspiracy theories, could be named moscovium in honor of Russia’s capital.

Scientists at the Joint Institute for Nuclear Research (JINR) in Dubna near Moscow hope the International Union of Pure and Applied Chemistry (IUPAC) will accept their discovery of the periodic table’s 115th element by the end of this year.

The 115th element was temporarily called ununpentium, which is Latin for one-one-five, and scientists will be able to give it a permanent name only when the discovery is officially recognized by the IUPAC.

“We might call it moscovium – in honor of the Russian capital, but that’s just one of the possible names,” Andrei Popeko, deputy director of the Laboratory of Nuclear Reactions at JINR, told RBTH.

The magic element: what’s important about it?

The new element’s nucleus contains 115 protons and neutrons. It is a super-heavy substance, and therefore one of the last ones in the periodic table. The element, Popeko noted, can be created on Earth only in a particle accelerator, and only one atom per week.

On Earth we know of just 98 elements that occur naturally. Some of them are very unstable and found in extremely small amounts. Those elements that come before fermium (atomic number 100) can be obtained in nuclear reactors, while the heavier elements are synthesized in particles accelerators.

According to Popeko, it’s possible that element 115 can be found in space. And while the element exists in the laboratory for about a tenth of a second, the isotopes in the universe may be long-lived.

“The discovery of this element is important for the understanding of the processes occurring in the universe,” Popeko said.

Human-created elements can also help to develop a better model of the atomic nucleus.

“All current models are incomplete,’’ Popeko noted. “In order to understand the atomic nucleus, we need to move away from the well-known."Element 115 pervades science fiction, video games, and conspiracy theories because scientists theorize that some isotopes of this element may exist on the so-called Island of Stability. The theory is that if we can cram in a certain “magic number” of protons and neutrons, these elements will suddenly become very stable.

Running out of names and elements

Element 115 was originally created by Russian scientists in 2004. For an element to be officially discovered, however, a second group must replicate the work, which is what scientists at Lund University in Sweden did in 2013.

The discovery of element 113, however, is debatable since researchers at RIKEN Nishina Center in Japan claim they made the discovery. The Russian scientists created a similar element in an experiment to produce atoms of element 115. However, they were so far unable to prove their right to priority due to the lack of a proper explanation for element 113’s decay chain.

Researchers at the Center for Heavy Ion Research (GSI) in Germany, GANIL in France and many others are also working to discover new elements of the periodic table with numbers between 119 and 126. However, the researchers in Dubna believe that’s going to be difficult.

“Even though we are building a special accelerator,’’ said Popeko, “most likely element 118 will be the last one discovered because the process is more and more complicated and very expensive.’’ 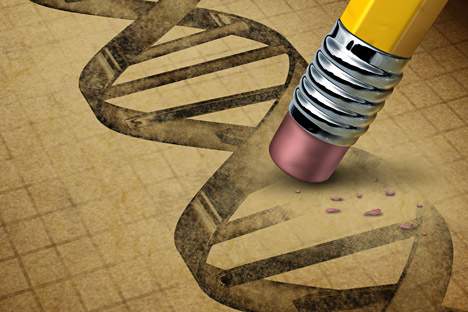