Circassian gardens – the 8th Wonder of the World? 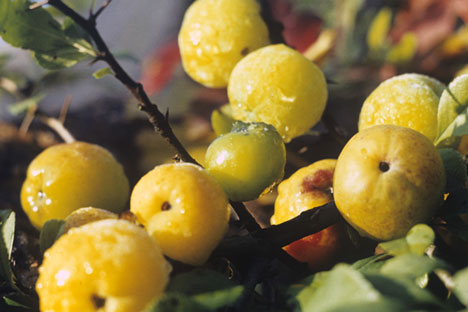 In the Russian Empire, the old Circassian gardens were considered to be one of the greatest wonders of the Caucasus.

Ria Novosti/Vladimir Vdovin
Scientists in the Republic of Adygea, a province in south Russia, are restoring old varieties of fruit trees. The project has the support of local residents, who have raised funds and want to bring the old gardens back to life.

The Circassian gardens have been around for more than 150 years, and in order to preserve this unique heritage scientists want to bring back and breed the most precious varieties of Adygea fruit trees. The list includes trees that bear apples, pears, plums, quinces, peaches, sweet cherries, walnuts, hazelnuts, and chestnuts.

Circassian varieties are particularly resistant to diseases and pests, and their fruit is organic, rich in pectin, and can be stored for a long time without special treatment because of the high content of acids.

Do you want to marry? Plant 40 trees first!

Adygea is a small picturesque republic in the south of Russia with many mountains, rivers, waterfalls and caves. The native population, the Adyghes, are one of the most ancient ethnic groups in the West Caucasus region. Although their written language emerged much later, the Adyghes have long had a highly developed culture, especially in blacksmithing, jewelry-making and gardening.

In the Russian Empire, the old Circassian gardens were considered to be one of the greatest wonders of the Caucasus. The gardens covered an area of at least 100,000 hectares. After the Caucasus war in the 19th century, most Adyghes left the mountains where they had been living for centuries, and settled in the valley bringing some of their fruit varieties with them.

"The West Caucasus was the birthplace of fruit breeding in Russia and Western Europe, and the old Circassian gardens are as just important as the Seven Wonders of the World," said Yury Sukhorukikh, dean of the Ecology Faculty at the Maykop Technological State University.

There are still kilometer-long stretches of apple, pear, quince, cherry plum, and nut trees growing in the forests on the land once populated by the Adyghes. Modern agronomists are amazed at how skillfully those trees were grafted and that, despite their age, they still bear fruit.

Fruit farming has long been considered a noble pursuit in the Caucasus region. According to local tradition, if a young man has not yet planted at least 40 trees, it's too early for him to get married. "I personally have planted 67,000 small plants and 3,000 to 4,000 big ones; young women joke that I could have already married many times," Sukhorukikh said with a smile.

To leave a trace on Earth

Almost 47 hectares along the Maykop-Guzeripl road are taken up by forests with wild fruit trees, and an eco-park is being created here. Circassian varieties have already been grafted on the first 200 young trees. In the spring of 2016, the search for remaining old varieties will resume.

"The revival of the Circassian gardens will give the local population access to organically-grown produce, and people will be able to come to the eco-park and pick the fruit,'' Sukhorukikh explained. ``We are approached by old and young people alike; everybody wants to plant a tree and learn to graft because they want to leave a trace on Earth after they're gone.''

In the 1940s-50s, Adygea had a special program for restoring fruit orchards, but it was eventually abandoned. Another attempt was made by the authorities in 1996, when a program for preserving the gene pool of "the old Circassian gardens" was launched. 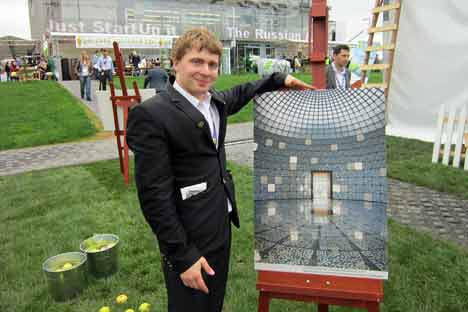 The plan was to involve German environmental groups and the Federation of UNESCO Clubs of France, but no financing was allocated. That's why actual work to restore the old gardens begins only now, with money raised by the public.

Local plant breeders are paying particular attention to walnuts, one of the staples of Circassian gardens. Thanks to the cross-breeding of different varieties, scientists have managed to create the world's first walnut tree that blooms four times a year.

Scientists are now working on a large-scale project to breed chestnut and hazelnut trees, which have also historically grown in Circassian gardens. Sukhorukikh points out that nut cultivation in Russia is not using its full potential. "We could meet domestic demand in hazelnuts and walnuts and stop importing them," he adds.