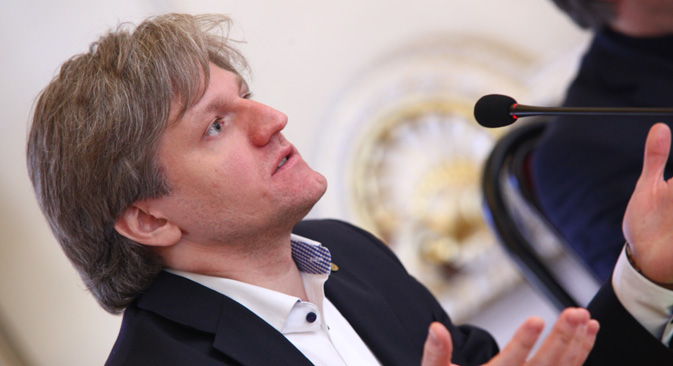 Personal archive
A few months ago the lawyer and human rights activist, Anton Burkov, filed a lawsuit against Google. He sees himself as a champion of email confidentiality, and while Burkov won the case in September, the battle rages on. Google intends to appeal the decision.

Google Russia will appeal the Moscow City Court decision in September that ordered the company to pay lawyer and human rights activist, Anton Burkov, $754 for moral damages related to violations of his email confidentiality.

Google already filed an appeal with the Court of Cassation, but Burkov does not intend to back down and he told RBTH that he is ready to go to the European Court of Human Rights. "In this case, Russia will be held accountable because the government was not able to protect me as a citizen."

The decision to sue Google had been brewing for a long time, Burkov said. One day he wrote to colleagues via Gmail, Google's email service, about an upcoming trip to Strasburg, and soon on the right side of the page advertising appeared that contained links on how to find a hotel in Strasburg, obtain a visa, and even file a claim with the European Court of Human Rights.

"I started studying the situation and discovered that Google doesn’t even hide the fact that it scans letters, and I found a link explaining why I see the advertising," said Burkov. He filed the lawsuit with the Zamoskvoretsky Court, the city district where Google Russia is registered.

"When the defendants appeared in court they said they were a separate legal entity, while Google Inc., which owns Gmail and the AdWords contextual advertising service that shows advertising messages, is registered in California. Foreign companies often do this because it is very expensive to undertake legal proceedings in the U.S. It's clear that no one will ever go there."

The human rights activist bean to study legal procedures and understood that first it was necessary to have Google Russia be recognized as a branch of the Internet giant. The district court decided in favor of the company, but then Burkov turned to the Moscow City Court, which satisfied his claim. "I asked to prohibit the company from reading my correspondence and pay me 50,000 rubles ($754) for moral damage. Of course, I could have asked for a bigger amount but it is difficult to obtain a greater compensation in Russian courts," explained Burkov.

He said that three other people who wanted to sue Google Russia have approached him. "As of now, I am entirely satisfied with the results of the lawsuit. Gradually people are beginning to understand that such programs violate confidentiality."

Similar lawsuits against Internet giants have been filed before. A collective lawsuit was filed against Facebook in Austria, and against Yahoo in the U.S.

Representatives of Google Russia declined to comment. The Internet giant's user agreement states that the company does not read correspondence but rather conducts an automatic content analysis. Gmail's confidentiality policy states that, "Our automated systems analyze your content (including emails) to provide you personally relevant product features, such as customized search results, tailored advertising, and spam and malware detection”.

QUIZ: Would you make a good artilleryman?