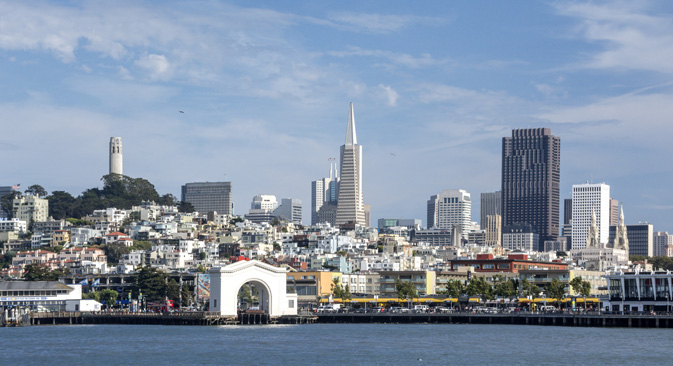 Getty Images
Silicon Valley attracts money from around the world. You probably didn't know, but rather large sums come from Russia. Here are five American startups that are thriving thanks to Russian investment.

Investment funds run by Russian citizens are targeting a variety of Silicon Valley companies – from biofuel manufacturers to developers of Bitcoin mining equipment. RBTH and Firrma.ru (a media resource for technology entrepreneurs) present a selection of the most exciting American startups that received investment from Russian venture capital funds. Projects were selected by the funds themselves.

Using social networks and other online sources, Socure verifies in real time that people are who they say are.

Socure has attracted more than $7 million from such funds as ff Venture Capital, Two Sigma Ventures, and Founder Collective.

Remote identity verification technologies are in demand in areas such as loan services, e-commerce, the gaming industry, Bring Your Own Device (BYOD), the Internet of Things (IoT), and others. The total market amounts to about $11 billion.

"We were impressed with the capabilities of the company's innovative product and the potential of the team," said Sergei Gribov, a partner of Flint Capital Fund. "They solve problems for many different markets that lack effective solutions for remote identity verification."

Wrike was founded in Silicon Valley in 2012.  A fund with Russian participation, TMT Investments, was the first investor in Wrike, investing $1 million. Today, analysts estimate the start-up is worth hundreds of millions of dollars. Other investors are the Valley's largest funds – Scale Venture Partners, DCM, and Bain Capital Ventures.

The company was created by a Russian, Andrei (Andrew) Filev, who moved to the U.S. Wrike was recently named the best place to work among Silicon Valley start-ups.

"In several years, Wrike has turned into a big project where investors compete with each other," said Artyom Inyutin, TMT's chief investment officer. "Success was achieved by tremendous diligence, sleepless nights, the right marketing decisions, and a talented creative team. The product is sold in 10 languages in 120 countries."

According to the Biofuel Digest, Siluria is one of the top 40 most promising young companies in the bio-economy for 2014-2015.

BitFury is the technological leader in the production of specialized chips that mine for bitcoins. The company has an extensive infrastructure of data centers in Finland, Iceland and Georgia, as well as offices in San Francisco, Amsterdam and Riga.

BitFury has announced plans to launch the first electric light bulbs that can mine Bitcoins and send them to a virtual wallet. The company was founded in 2011 by Valery Vasilyev and Valery Nebesny. Little is known about the founders, apart from the fact that they are Russian speakers, and were relatedto a number of startups in Russia and Ukraine.

Primus Power, the leader in flow batteries for storing electricity

Investment: $6.5 million from the fund I2bf

Consulting firm Lux Research estimates that the power storage market is estimated to reach about $50 billion by 2020.

Primus Power recently won a contract in Kazakhstan for more than $100 million.

In total, the company has received more than $60 million from the likes of DBL Partners (the original investors in Tesla, Pandora and SpaceX), Anglo-American Platinum (the world's largest producer of platinum), KPCB (Google, Twitter, Nest, Spotify), and Chrysalix Energy Ventures (venture capital fund that manages the money of oil giants, Shell and Total).

Foreign purchases of the top 20 Russian venture capitalists were analyzed during the preparation of this text. The article is presented as part of Firrma's traditional ranking of Russian venture funds, in partnership with the Russian Venture Company and EY.

Read more: Selfie: Even Grumpy Russians Do It>>>