Cyborg rats will take on drug dealers and terrorists 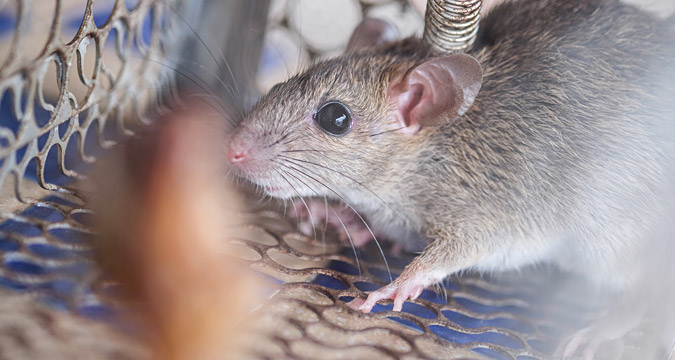 According to scientists, the rats' receptor neurons contain thousands of naturally renewable protein receptors that help them differentiate a larger quantity of smells than modern devices or even dogs.

Shutterstock/Legion Media
Scientists in Rostov-on-Don have a unique method to fight terrorism and drug dealing - by unleashing cyborg rodents.

Scientists from the Perception and Recognition Neuro-technologies Laboratory at the South Federal University in Rostov-on-Don suggested using rats' hypersensitive sense of smell to detect explosive devices. With microchips planted in their brains, these cyborats will be more effective than dogs.

According to scientists, the rats' receptor neurons contain thousands of naturally renewable protein receptors that help them differentiate a larger quantity of smells than modern devices or even dogs. And with this new technology the rats' powers of recognition will be unprecedented.

The microchip will be able to monitor the animal's physiological reaction to a smell even when the concentration of the substance being sought is insignificant, for example, when the rodent itself has not yet reacted to the smell. The signal is transmitted to a computer, which is then picked up by law-enforcement.

At the moment, the laboratory instrument consists only of a wire, and the activity radius is determined by the wire's length, which is five meters long. In the distant future the cyborats will be able to inspect objects by themselves, penetrating into even the most difficult places. At the start, the system will be comprised of boxes with rats and wires, but scientists also face challenges with this.

"The rat can gnaw and tear up the wires, so that is why today the animals sleep during experiments," explained laboratory director, Dmitri Medvedev.

Another challenge facing the scientists is to understand what occurs in the rat's brain when it senses a certain smell, and then determine the precise cerebral impulse that reacts to the explosive device. It is practically impossible to shield the cyborat from external stimulants in real-life conditions.

In Tanzania, Mozambique, Thailand, Angola and Cambodia, the African hamster rat is used to detect mines. In Columbia, laboratory rats are also employed for finding landmines. In the Netherlands, rats are used to detect traces of burned powder, while in Israel rats help the police inspect luggage in airports. Each case uses rats that are trained by fear and pain (for example, from shock), or with food. When they detect the desired smell they hide in a special hole, or stand on their hind legs.

Three groups of specialists are simultaneously working on the project: physiologists are training the animals to recognize drugs and explosives; engineers are perfecting the instruments; and programmers are creating mathematical algorithms to study the results. These algorithms will help scientists gather data and statistics of the rats' cerebral reactions to various smells. 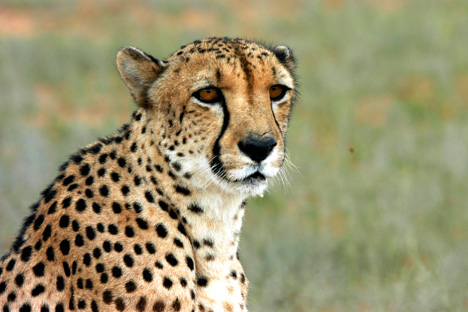 In addition, one and the same animal can be trained to react only to one certain smell. An army of cyborats will be necessary because attrition rates will be high.

"Two to three months are needed in order to teach the animal to react to one substance while the lifespan of a laboratory rat is only about a year," said Medvedev. "We can't use very young rats, and the old ones have already lost their sense of smell."

Scientists plan to complete the development of the system's biotechnical model by the middle of 2016.

The Russian Health Ministry and the Ministry of Emergency Situations have already shown an interest in the project. Rats are also capable of determining various illnesses based on smells, and often in very early stages when other methods still do not work. In particular, this concerns tuberculosis and several oncological diseases.

Moreover, rats can be used to search for victims in emergency situations. However, scientists say that for now it is only wishful thinking that rats can be taught to distinguish the smell of a living person from that of a dead person in a limited time-frame.

A dog's life: The canine foot soldiers of the Russian armed forces>>>