Got a crazy innovative tech idea? Move to Nizhny Novgorod! 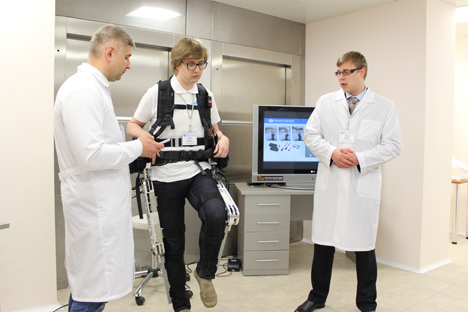 Testing of the exoskeleton.

Press photo
What attracts promising young scientists to Lobachevsky University in the Russian city of Nizhny Novgorod on the Volga River? RBTH talked to Evgeny Chuprunov, the rector of this university known for achievements in supercomputing, and other exciting research projects.

As its 100th anniversary approaches, Lobachevsky University is today one of Russia's most modern scientific centers, conducting a wide variety of research in applied sciences. It now wants to become one of the top international scientific facilities in several fields. In January 2016, the university launched two new research institutes. Evgeny Chuprunov, the university rector, told RBTH about his vision and aspirations for the future.

RBTH: What is the Institute of Supercomputer Technology's goal?

Evgeny Chuprunov: The Lobachevsky Supercomputer built in 2014 is the main hardware; it's one of the top 25 most powerful university supercomputers in the world. However, it's responsible for only about 25 percent of the university's scientific achievements. The really important issue is, what is it used for? That's why we work with the best specialists and try to create an environment that they enjoy working in. 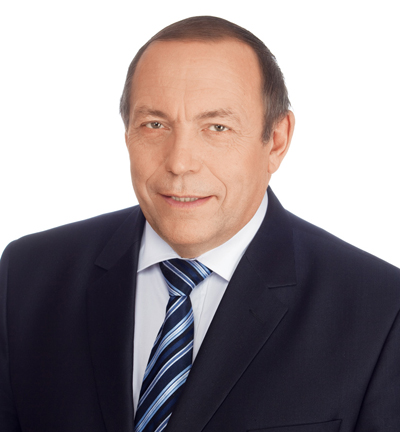 For instance, a group of biologists and medical scientists is already working at the Institute of Supercomputer Technology to develop a project called CyberHeart. Their goal is to use our supercomputer to create a model of the human heart that can simulate the impact of any external influence, including drugs or stress.

Another group consists of physicists and they seek to simulate particle collisions within plasma. A team of geophysicists are working together with the Finnish Meteorological University to make simulations in their research.

RBTH: What kind of projects will be conducted by the Institute of Neurological Sciences?

E. C.: The Institute was established on the foundation of our own Center for Neurological Sciences and will tackle problems related to the study of the human brain. Scientists are currently implementing several research projects that will serve as a basis for a brain model. The team is led by Alexander Semyanov, our alumnus who came back to Nizhny Novgorod after ten years of working in the UK and Japan.

Creating a working model of the human brain is one of the biggest challenges in modern science. On one hand, such a model can help cure ailments that are currently incurable, such as Parkinson's or Alzheimer's. Our approach is fundamentally different from that in the U.S. and Europe, and the model we are working on requires a supercomputer.

On the other hand, a working human brain model can help us come closer to creating artificial intelligence. We still have a long way to go, but the groundwork already done in the field of neurological sciences will allow us to create many useful things, including powered exoskeletons for people suffering from paralysis.

In order to work on these projects, however, we need to not only hire researchers from all over the world, but also to rely on cooperation with the international scientific community. We want foreign researchers and Russian scientists living abroad to participate in our work. Cooperation could take any form, including joint research projects or even internships for graduate students. We call this approach, 'reverse brain drain'. The Russian Academic Excellence Project 5-100 that our university participates in is helping significantly.

RBTH: Are you willing to create the necessary conditions to return home those Russian-born scientists now working abroad?

E. C.: Yes, if these scientists are professional and willing to work we can provide money and facilities, and solve any administrative issue. There are successful cases; for example, Alexey Semyanov, which I already mentioned. 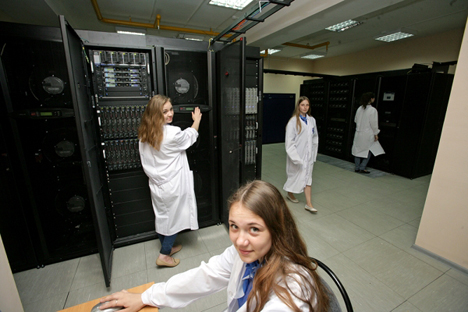 In 2014, we held a contest for creating labs under the supervision of some of the best researchers. Forty-three people responded in total --- researchers from Australia, Germany, and the U.S. One of the winners was Valery Fokin, a chemist who made it to Thompson Reuters' annual list of potential Nobel Prize nominees in 2013.

However, we do not provide facilities to renowned scientists only. They can be young scientists with ideas that seem crazy at first. For instance, mathematician Yaroslav Sergeev, the inventor of the 'infinity computer' is actually one of our professors. He also works for the University of Calabria in Italy.

RBTH: In the Soviet era Nizhny Novgorod was a 'closed city,' and it didn't attract foreign students. Which of your courses are most popular among them today?

E. C.:  We've got a lot of IT students. There are, of course, a lot of various IT education programs and platforms, but we are the only Russian university that has a supercomputer program. Humanities are also quite popular, including Russian as a foreign language. Overseas students are not assigned to separate groups; they study with Russians and follow Russian-language programs. There is a wide range of Russian-language courses, and we are expanding the number of English-language programs.

Lobachevsky University is one of the few Russian universities that is actually profitable. Who is your primary customer?

We earn about $3.2 million a year from contracts, mostly orders for new materials from Russian defense companies. Lately, we also started selling our inventions in the field of chemistry as part of the government's import substitution policy. As for cooperation with foreign partners, we mostly work with IT companies, including Microsoft and Intel; (one of Intel's largest software development centers in Europe is located in Nizhny Novgorod – RBTH).

It was founded in 1916, and was funded by the public -- both the merchants and common people of Nizhny Novgorod donated money.

It houses one of Russia's three labs for specific-pathogen-free mice.

The university's International Council is headed by the president of Maastricht University, Martin Paul